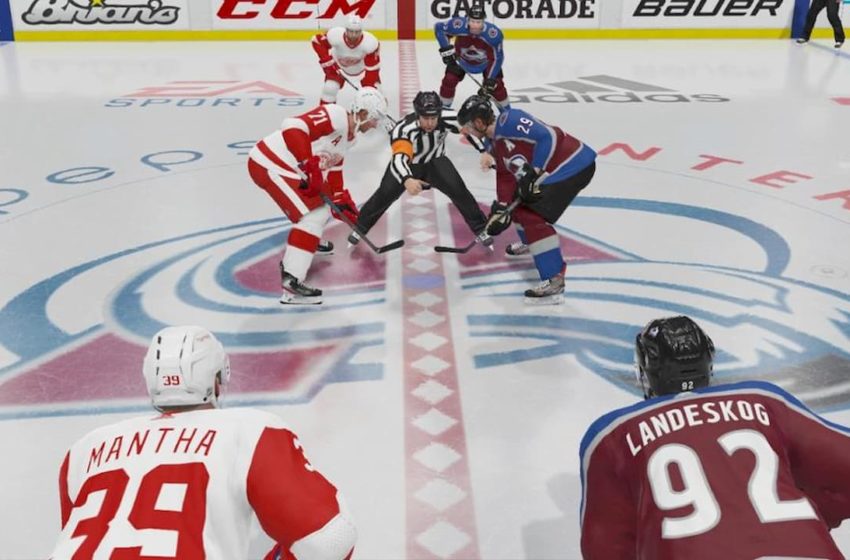 With just a little less than three months to go before the release of NHL 21, now seems like a good time to think about new features that could be in the new game. Last year, the NHL team added many new features, including adding coaches and line chemistry to Franchise mode and a new ‘ONES’ mode that pits three players against each other in a free play mode.

But what additions would we like to see in NHL 21? Here are five new features we would like to see.

While several sports titles, including the Madden franchise, include an online franchise mode, the NHL series has not done so in several years. The NHL franchise did have an online franchise mode, entitled ‘GM Connected’ for several years in the early and mid-2010s, but the feature was removed in 2014 once the series moved to the now-current generation of consoles. Sean Ramjagsingh, the lead producer of the NHL series, stated in an interview in 2014 that the mode was pulled due to the fact it was “one of [NHL‘s] lowest played modes.”

But despite what Ramjagsingh said about the mode at the time, GM Connected is still a requested feature to this day. As a matter of fact, online GM Connected leagues are still active today, even though it has been years since it was included in a game. While it does take quite a bit of effort to create a mode of this sort, it may be worth it, especially since many of the game’s hardcore fan base would like to see it return.

Five years after its return, EASHL continues to be one of the two most-played game modes (along with Hockey Ultimate Team) in the NHL series. But while the mode is still incredibly popular, one feature that would be helpful to EASHL players, especially to users on teams, would be to include an EASHL practice mode. Let’s illustrate an example as to why this feature would be helpful: suppose, in this scenario, that one of your friends invites you to join his EASHL team. While you may know what kind of style of hockey you want to play, it would be rather helpful to see how your other teammates play and see how you can fit on your new team in a mode that is relaxed and outside in-game scenarios.

To improve in hockey, both in the real world and in video games, you’ll need to practice. Allowing NHL players to do this in EASHL outside of an in-game format would let players do just that, rather than trying to figure things out on the fly.

Over the past few years, EA has made several additions to the Hockey Ultimate Team (HUT) that have expanded the number of game options that players have. These additions include Online friendly play (re-introduced in NHL 16), Competitive Seasons, and HUT Champions. While several of these additions have been welcome, adding tournaments, which were in HUT before the transition to the now-current generation of consoles, would be a nice feature to bring back.

Adding tournaments would give players a great opportunity to set up brackets with friends and allow individuals to play in a relaxed setting. It also would provide another opportunity to allow the base of players to grind and acquire more rewards, something that both hardcore and casual users could appreciate.

For years, one of the most glaring omissions in the NHL franchise has been the inability to share custom-created rosters. Every year, players of the NHL franchise (including the individual who is writing this article) modify the in-game roster, whether it be because users want to change ratings, or just because gamers want to add players not included in the game (i.e., College hockey players) for legal reasons. Unfortunately, there currently is no option to share these rosters with other players.

This is a shame for a couple of reasons. One, the Madden series, which is also developed by EA, has roster and draft class sharing, unlike the NHL series. And two, the addition of roster sharing would benefit the players who want to have a more accurate roster to use in other modes, such as Franchise mode, but don’t want to go through the hassle of making the changes themselves. While there are real reasons why this feature is not in the game, the ability to share rosters is still highly requested by fans of the NHL series, and it would be remiss to not include roster sharing in our wish list for that reason.

Overhauled Be a Pro Mode

If we had to come up with one word to describe what playing Be a Pro mode has been like since the series moved to the current generation of consoles, it would be disappointing. The mode was stripped to the bare bones in NHL 15, and much of the features that were in the mode for old-generation, including acquiring endorsements and speaking to the media, have not returned since the move. And for the past five years, the mode has been practically untouched by the development team, rendering it a milquetoast and unappealing game mode that usually gets skipped over by casual gamers.

While it is understandable why Be a Pro does not get as much attention as HUT or World of CHEL, the fact that this mode has been neglected for years is inexcusable. To get Be a Pro back on track, we would like to see more depth added to the mode, such as the ability to play in college or overseas, endorsement opportunities, and the ability to participate in media scrums. Also, we would like to see NHL incorporate in-game HUT rewards for playing Be a Pro, much like NBA 2K does with VC and MyPlayer. Not only would this incentive users to play the mode, but it also adds more purpose to Be a Pro, something it has been missing for quite some time.