It is a sad day for fans of Dragon Ball related content that isn’t explicitly set in the Dragon Ball Z universe because that is all we see nowadays.

It makes sense, seeing that it is the most popular of any adventure featuring Son Goku and his friends, but that leaves so much content on the table that could make for great content in a gigantic narrative experience. Dragon Ball Z: Kakarot is trying to be the first fully adventure-driven RPG in the franchise’s long history of video games, but there is still so much more it could do.

Fair warning, this piece is going to dig into what content we know will be in Kakarot, which is just all of DBZ, while also talking about what from the original series would make a better game. There will be in-depth spoiler talk for both Dragon Ball and Dragon Ball Z.

I have given up hope of seeing a fully realized RPG featuring the start of Goku’s journey and how he grew along the way. We have seen this story represented in fighting games, side titles, and even a few stand-alone games, but never in the format I feel fits it best.

Dragon Ball Z starts at a place where Goku is already a fully developed character, where the only thing that truly grows within him throughout the story is his power level and list of techniques.

The true character development in DBZ comes from Gohan, Piccolo, and Vegeta as one grows into a man throughout the series, while the other two turn from villains into shaky allies, and then later friends with Goku. Goku hardly grows as a character at all, only showing brief moments of being an aged father who has to make tough decisions.

The original series starts with Goku being thrust into an adventure across the entire world, traveling with a younger Bulma Briefs and slowly shedding his naive nature. He begins as a strong yet unrefined martial artist who has never left his mountain home, despite his Grandpa Gohan being killed.

His early travels have him meeting many exciting characters, being forced to think quickly in new environments and expand his horizons as he searches for the seven magic Dragon Balls. It not only starts small but over time, this narrative grows and changes from a simple adventure to a need for Goku and his friends to get stronger.

There are two important reasons I think make the original series a better candidate for an open world RPG over DBZ:

I will break down both of my points and give a brief overview of how I think the game would be formatted, and hopefully, this will make you understand my point of view on this content.

The Scale of Power

DBZ is huge, explosive, and flashy to its core, but does a terrible job of scaling its power and showing the danger of each threat after the Frieza Saga ends.

With the Saiyans, it was the threat of someone more powerful than anyone the Z Fighters had ever seen before coming to destroy the planet, which at that time, was a nearly unachievable feat. There were real stakes, and Akira Toriyama did a great job in building the suspense as the Earth’s greatest warriors were defeated one by one.

Frieza was also done well, with his Dodoria and Zarbon being the entry-level threats, the Ginyu Force being the entertaining medium, and the Galactic Warlord being able to defeat everyone in his path. But after Goku achieved Super Saiyan and defeated Frieza, that was it.

The Cell Saga is my absolute favorite of the series, but the after Cell absorbs the Androids, it is another “blow up the planet” threat. Buu is the same way, although done uniquely, the stakes are just too high and have no differentiation from the last two arcs outside of the villain and some settings.

You can’t portray someone in a game and say “oh yeah, this guy can blow up the planet better than the last one,” because the only change will be higher stats and flashier animations. That is why the story isn’t the issue, but Dragon Ball has such a tighter scale that is easy to follow and show.

Goku goes from that unrefined fighter at the start of his journey to a fully trained master by the end of the story. That is where DBZ picks up, but that doesn’t do the series justice.

If we started the game with Goku jumping through the mountains and then leaving home to chase the other Dragon Balls, that means we would get to see him see how much stronger others are and want to learn from them. Master Roshi would show off the Kamehameha Wave for the first time, obliterating a mountain, and that would set the scale for most of the game.

You would traverse the world in the first portion of the game before meeting Roshi, gaining the ability to fly on the Flying Nimbus and opening a new range of motion. This would put a focus on actual exploration as you track down the Dragon Balls and later deal with Emperor Pilaf.

Training with Roshi will start real focus on combat, letting you train up Goku and learn new techniques as you prepare to take on the Tenkaichi Budokai. Being able to fight in the tournament will give the player a sense of accomplishment as they take down an assortment of fighters, before fighting and losing to the disguised Roshi, Jackie Chun.

The world will open up again after the tournament ends, leading to another segment of pure exploration as you try to take down the Red Ribbon Army, traveling the world and exploring new areas. The combat will be secondary here, but it is more prominent than the first portion.

Returning to the tournament to fight Tien Shinhan will again test the players training, showing just how much they have grown before barely losing in the finals once more. And then the most significant storyline will begin.

Krillin is killed, and you have to chase down his murderer, fighting another, a more powerful army and eventually having to take on King Piccolo, with only Tien still alive to help you out. The iconic punch will end the main story, opening up the Epilogue, training with Kami and Mr. Popo as you prepare to return to the Tenkaichi Budokai.

Defeating Piccolo Jr. after a time skip will end the story, opening up the world for you to explore again, in a free roam aspect with more content placed between the ending of Dragon Ball and the start of DBZ.

And throughout all of that, you won’t just be throwing out energy beams and transforming all over the place. You will need to train up to use a simple Kamehameha, utilize other Turtle School techniques, and even learn new attacks using Goku’s Power Pole, which would only be available outside of tournament matches.

What makes Dragon Ball such a great option for an RPG is the focus on actual martial arts with minimum use of “special moves” until the latter half of the story. A Kamehameha should feel special when you use it, not like a basic attack that is capable of destroying anything from the start.

The World Is Important

Can you name more than five locations from Dragon Ball Z without looking them up?

Most people would be able to list Kame House, Kami’s Lookout, Namek, and West City and here are other popular ones like Otherworld, King Kai’s Planet, HFIL, or Satan City. But that is about as far as you can get.

All of those locations are important, but they hardly make up important set pieces, outside of Kami’s Lookout and Namek. They are all just places that characters talk before going to some side location like the Cell Games Arena or an unnamed island to fight.

Not only that, but in DBZ, none of the focus is put on the location outside of being named as a place to go. The focus is on the enemy and who needs to be defeated to move the plot along, which isn’t the case for Dragon Ball.

Just imagine flying around on Nimbus and having Bulma on her bike beneath you as you traverse the world and look for the Dragon Balls. You could be forced to defend your friend from bandits and other creatures as you go.

Then when the map opens up during your training and after the first Tenkaichi Budokai, you get to branch out, doing side missions in places like Jingle Village and Mount Paozu. The traveling will be a great way for the young Goku to train more, facing wildlife and wandering warriors across the land.

Kami House will be the training hub; Muscle Tower will be a gauntlet to test your strength, there could even be a chance at the side story about Fortune Teller Baba and the Devil’s Toilet making it in as a quest. You would also need to train to climb Korin Tower in the Sacred Land.

The main point here is that exploring in a world based on the original Dragon Ball makes so much more sense and will have a bigger impact on how the story plays out. By the time Goku and his friends reach the DBZ storyline, there is no threat to them on Earth, meaning all of those Dinosaurs and other creatures are useless fodder put there for item grinding.

Whereas the same creature in Dragon Ball would be a threat as an area boss or something similar. I don’t want to say realism plays a part in this fictional, but after playing through so many DBZ games and seeing the power of even a base level Goku, it is hard to buy him having trouble taking down anything outside of main antagonists.

I have the highest hopes for Dragon Ball Z: Kakarot, especially if the transition from Goku to Gohan after Cell is great and we get to do some high school shenanigans with Great Saiyaman. But I am not holding my breath that anything outside of the main quest will feel satisfying.

Here is wishing for some weird side quests and the developers can deliver on their claims of content that has never been seen in a DBZ story before. 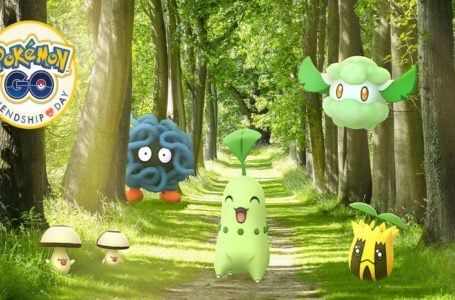 The best tanks in World of Tanks 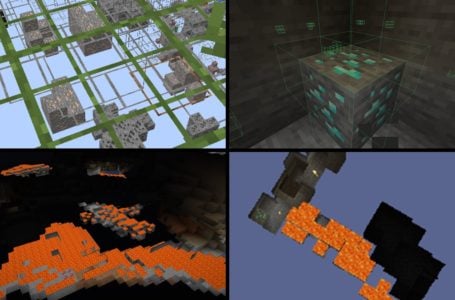 The best Pokémon for the Great League Remix in Pokémon Go