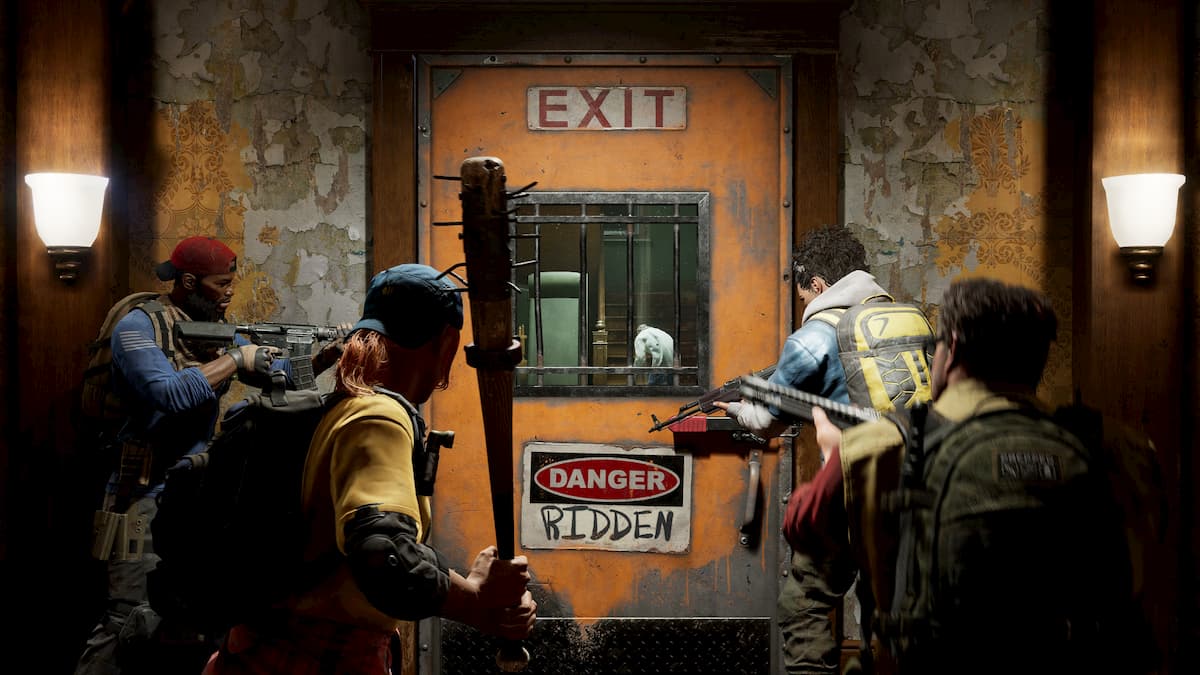 Since 2009, fans of the Left 4 Dead franchise have been waiting for a new game in the beloved Valve series. Unfortunately, like with their other mega-popular titles, Valve has shown minimal interest in developing new games to push them forward. That is where Turtle Rock Studios, makers of the original Left 4 Dead back when they were known as Valve South, comes in.

The studio’s newest game, Back 4 Blood, could easily be mistaken for Left 4 Dead 3. As someone who sunk hundreds of hours into the Left 4 Dead games, Back 4 Blood has me incredibly excited for the future, which is more than I can say for any Valve franchise. After playing the recent closed alpha test, I can say without a shadow of a doubt that Back 4 Blood is my most anticipated game of 2021. Sure, it needs adjustments to its balance and game director, but even in its early state, the game makes an incredibly strong first impression on Left 4 Dead fans.

Immediately jumping into Back 4 Blood, I was shown how the game is trying to evolve the classic Left 4 Dead experience. This starts with the cleaners, Back 4 Blood’s playable human characters. In the past, you could choose any survivor and you got the same experience. They were all virtually carbon copies of each other outside of their personalities.

However, this time they come with a character perk and additional bonuses, and your play will actually be affected by who you choose. Back 4 Blood is trying much more new than Left 4 Dead ever did with their cast in the early days here. As a bonus, we have only played as half of the characters so far, with four more coming by launch. After character selection, your game is further altered by a card system, but here in the game’s early days, it does not amount to much. Before each level starts, you choose cards that will give slight bonuses, and the Game Director, whose whole purpose is to change up your experience each time you play, chooses Corruption Cards to make your task harder. I found these cards to be underwhelming during the alpha. Sure, some cards are useful in specific situations, but hopefully more cards are on the way to truly change up each game. Even Corruption Cards are underutilized, with the most significant differences at this point being whether some common infected are armored and slow or if they run. I am confident more are on the way, but the Card System seems disappointingly lacking on first impression.

Where the game does make good strides is in its movement and general gameplay. As fun as Left 4 Dead was, its movement was always very restricting. In Back 4 Blood, you can sprint, mantle, and aim down the sights on your weapons. These are basic first-person shooter mechanics that help Back 4 Blood feel more current and up-to-date. The inclusion of breaking down locked doors and grabbing new attachments for your weapons further adds to that feeling. Attachments are currently few and far between, so I hope Turtle Rock adjust their spawn rate in the Game Director for the future.

Special infected were the driving force of what made Left 4 Dead stand out, and Back 4 Blood looks to work the same magic. The Hocker, Bruiser, Retch, Snitch, and Ogre are present so far, but I hope more will be announced as we get closer to release. This group is fair and harkens back to the mechanics of Left 4 Dead’s special infected, but after a few games of fighting them, I began wishing for more variety.

The Ogre is set to spawn at the same point in certain parts of the campaign, and while it is massive, it is a detriment to the impact of when you see one. The simple fact is I see no reason ever to engage in a fight with the Ogre. Its health bar is massive, with only certain spots on its body taking damage. It has so much health that your team will lose out on all of its ammo should they fight him, and there is always an opportunity to run past him with no adverse effects.

I never saw the Ogre killed, but every time my team tried fighting him, we either died or were left with no ammo for the rest of the level. It does not have that adrenaline rush that fighting a Tank did in Left 4 Dead, and you only hurt your team by wasting your ammo on one. Of the special infected introduced so far, the Ogre undoubtedly needs to be messed with the most on the development side.

The Hocker, Bruiser, and Retch are the special infected you will see the most of, with frequent spawns that will often have multiple of these guys looking to damage you. The Hocker is the only one who traps, and although they show it pouncing like the Hunter from Left 4 Dead in trailers, I have yet to see it connect with anyone.

The Retch is a combination of the Spitter and Boomer and has a great design but is not exciting to fight against. I felt the Bruiser was the most aggravating special infected I have yet to deal with. This guy has so much health and does a lot of damage with a knockback effect. If you get too far away from it, it can also charge to get to you very fast, making a one-on-one approach dangerous. While he has a weak spot on his arm, it can be challenging to hit it with him swinging it around, so I hope the developers look into balancing him down a little by the next test phase. But he at least serves a useful purpose in the game, as opposed to the Ogre. You will see a significant chunk of these special infected as you play, making them feel less special. However, the sheer number of enemies you encounter increases the game’s difficulty when combined with all the ways the horde is called.

There’s work to be done

Although it is early, Back 4 Blood is looking to be a more punishing experience than Left 4 Dead, even on lower difficulties. The first factor to consider is how often hordes are called onto the team. You may call a horde by being covered in Retch vomit, alerting a Snitch, upsetting birds, or opening a door with an alarm, on top of the in-map events you need to trigger to proceed. Not to mention that each fight will have multiple Hockers, Bruisers, and Retches coming down on you with their unique abilities.

While this never leaves a moment dull, the unending hordes make progress too difficult even on the standard difficulty. Add into this that your team only has three chances to complete the entire Act, and you witness an aggravating design that could turn early adopters of the game away. Putting a number on the runs you have to complete an Act or be kicked out of the game is as bad of a choice as platforming games still utilizing lives. It doesn’t feel good and only makes a game feel like a waste of time if not completed. Even on Left 4 Dead’s highest difficulties, players had endless chances to complete a campaign; they just needed to hit the safe room checkpoints. I hope the developers adopt this approach with Back 4 Blood because as it stands now, the game needs changes to make it more focused on fun rather than a challenging romp at lower difficulties.

Back 4 Blood’s closed alpha test gave me a taste of what I have been missing since Left 4 Dead took its absence. Games like World War Z are a decent alternative, but Back 4 Blood checks all of the boxes for what I want in a team-based cooperative shooter. I love these kinds of games, and seeing Turtle Rock return to what it is best at doing is exciting and leaves me looking to the future.

The game’s raw mechanics and feel remind me of playing the former series in high school, staying up all night long running through campaigns continuously until I couldn’t play anymore. While there are needed adjustments to certain aspects of the game, this is overall an exhilarating game that will look to have me continuously coming back for more (blood) when it releases in 2021.