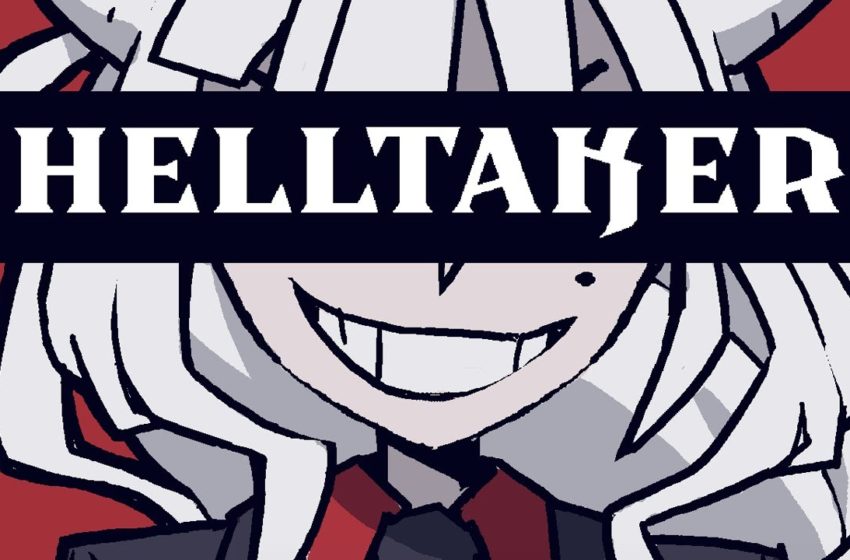 Helltaker’s simple, but charming, premise lends itself to an equally simple and charming villain. Judgement is the main antagonist with the title the High Prosecutor. All the characters in Helltaker have creative minimalistic designs. Judgement quickly became popular for her recurring role as the villain and her love of violence. Plus her awesome hair, weapons, and overall design help.

We’re featuring some of the best fan art of Judgement on Twitter. The artwork isn’t ranked, as all of it demonstrates the artists’ talent and style. Check each artist out on Twitter or their other platforms.

The background combined with the character and the glitch effects bring everything together into one amazing image. Because Judgement is a rather monochrome character design, as are the majority of demon girls in Helltaker, adding a bright background really makes the character stand out.

AshNicholsArt is a professional artist for works such as Hazbin Hotel. Their style is distinct with thick lines and deep shadows. We love the use of the chains and the soft glow around them to frame the character in the image. AshNicholsArt also makes good use of a bright, but simple background, to make Judgement stand out in all her sadistic glory.

BlueLizz_Penguin uses soft shadows and warm lighting to bring Judgement to life in their style. The white background lends itself well to the power of the character. The anatomy is well done. We especially like the shards that help guide the eye to the main work.

Twitter user Bench captures Judgement’s sadistic dedication to her work. The expressiveness in their image is the main feature here. The chains and the black ink also do well to keep Judgement in frame and emphasize the mood of the image.

Qosic has a beautiful, sketchy and painterly style that really lends itself well to Judgement’s personality. The pose here is almost predatory as she advances on the viewer. Most of the images frame the character, but Qosic added a fading effect on the chains to keep the focus on the upper portion of the image.

This is only a small sample of fanart. Artists are quick and creative and constantly producing more. Check the Twitter tags for more wonderful artists to follow.