Co-op games have their own unique identity among gamers, a group of players with friends, family or strangers plays together on a central objective. Now there are many Co-op games that came out this year, some were successful while some just flopped for various reasons. 2018 has a lot of new titles on its list and in this article, we bring you some of the most anticipated games. This is revealed during game conferences, launches, etc, but the actual release will be somewhere in the year 2018.

Metal Gear Survive is an open-world survival action-adventure game where a team of 4 players will be playing together to complete missions. There is also a solo mode provided in the game, but if you have a team ready you can simply get help from friends to complete tougher missions. You will be facing zombies like creatures in this game, the objective is to find items and return. Players can set barricades to block enemy progression, by setting up interceptor and defensive units on the map. Players can also leave their outpost and hunt for side missions.

A Way Out is an action-adventure game where two players will be playing together to escape from the authorities. The game offers a split-screen co-op mode where players have to watch each other’s back to escape a prison. Two protagonists Leo and Vincent are the playable characters in the game, both are in a jail and two players will be independently controlling the characters. In order to progress you have to help each other and through the split screen, both can view each other’s actions.

Enter the world of massive monsters, hunt them down to complete the quest and earn rewards. After hunting down each monster you will get materials from them that can be used to create powerful weapons. You can use this new upgraded weapons to kill others powerful monster. In this action role-playing game, you can team up with your friends and find out the monsters and kill them. It will be easier to target bigger one if you are playing with a team. There are big maps, and around 4 players can play together.

In this pirate theme action-adventure multiplayer game, you will be a part of pirates who are traveling to a distant location at sea and finding up loots. Each player that participate will have a different role, for example, one will be steering the ship, one has to hoist sails, one will control the navigation, one will be firing cannons to attack, etc. In this shared world game, many time players will encounter each other.

Anthem is one of the most anticipated upcoming co-op game this game will take you to an entirely new habitat. The game is set in an open world, where players take the role of Freelancers. These Freelancers where a full customization exosuite called Javelins. And the suits have two classes, these two classes were introduced during the game reveal event. The two classes are Ranger and Colossus. Ranger is a fast and balanced suite, while Colossus focuses more on strength. Upto 4 players in each team will be exploring the area and dealing with the savage beast.

A brand new zombie survival game where players will be exploring an open world with three other players. A group of 4 players will be participating in this game where they will be finding their way to survive. You will be starting your journey in a Small-town America infested with zombies. The game brings a lot of events that players have to follow like sleeping in the night, customizing facilities to boost protection against the dead, set up a watch tower, garden, etc. Each player will also have to work on their skills for increasing their strength and capabilities.

Enter a world of free-to-play action-role playing game where you will fight with some monsters who are hunting down the humans. Players will be part of a group Slayers who will fight these Behemoths. After killing them you will gather loots and then craft items through it or use the same for upgrading weapons. Each new upgraded weapon will assist you in fighting a larger Behemoth. So crafting and upgrading weapons is a significant component of the game. To target, bigger monsters players can simply use the combo system to attack. They will also have to monitor their health and stamina gauge.

Crackdown 3 is set in a futuristic era where you will be playing as an Agent with super abilities, chasing down criminals. It is an open world action-adventure game which retains a lot of sandbox elements from previous games. This game has a destructible environment that can be simply triggered by players. In order to perform better players will have to work on their Agent skills to get more power, for example performing a higher jump over skyscrapers, stopping trucks, defeating bosses, etc. A team of around 10 players can play together in Crackdown’s destructible multiplayer arena.

Four Players in a group will be fighting with the dead in Overkill’s The Walking Dead. The mission is to survive the post-apocalyptic Washington D.C. There will be various objectives in the game where players will be getting supplies from raids, they have to then protect the supplies and survive to make their base camp stronger against the coming dead. Every player will have his own skill tree, squad role and play style. Once they are in the players will be sharing a common goal of survival and team-work.

So these are some of the most anticipated co-op games you will be getting in year 2018, most of the game allow a group of 4 players to play as a team. Do share your views which game you find the most interesting in the comments section below.

How to unlock Mercenaries Mode in Resident Evil Village 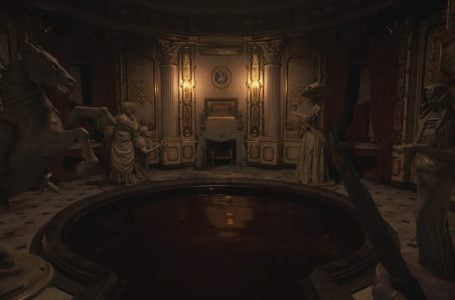