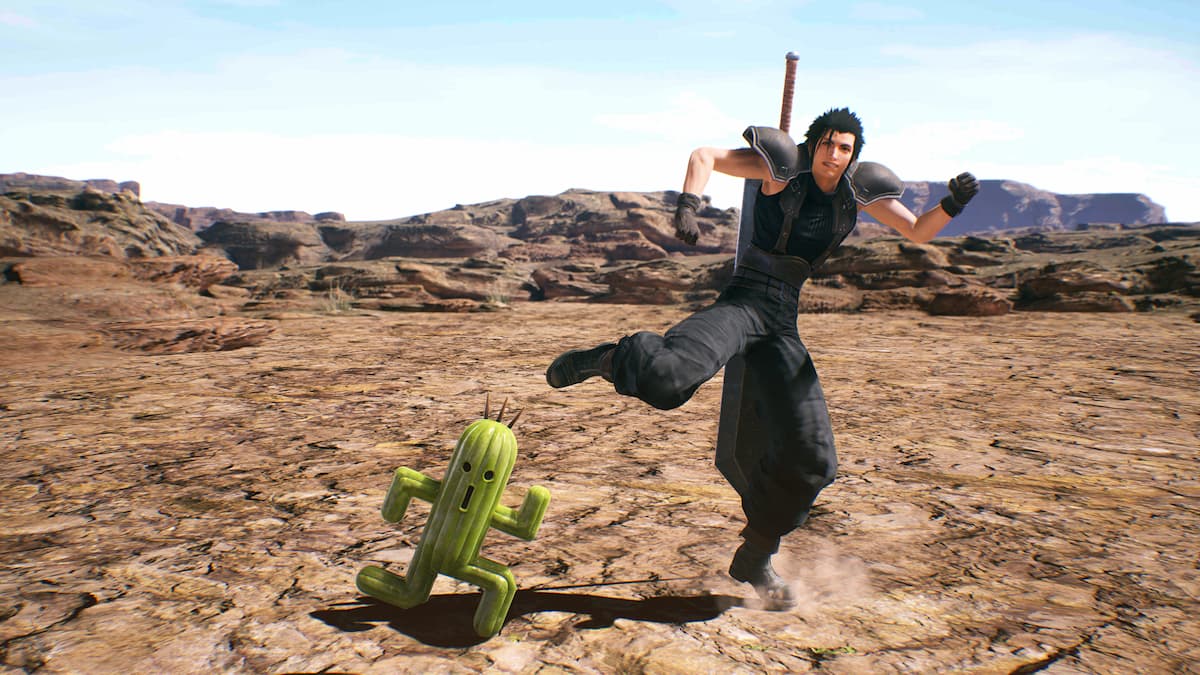 After the success of Final Fantasy VII Remake, it was only a matter of time before Square Enix decided to expand and revisit the mythos surrounding Cloud and the gang. The original game had a series of spin-offs; some were bad, like Dirge of Cerberus, but others fared much better, especially Crisis Core. The 2007 PSP action RPG spin-off featured Zack Fair and told his story.

Upon its initial release, Crisis Core was lauded as an ambitious title that pushed the envelope of portable titles forward at the time. It also gave Final Fantasy fans a deep story and insight into many aspects of its world and characters. Crisis Core: Final Fantasy VII Reunion is an attempt to bring the original game to a new audience of Final Fantasy VII fans, and it mostly succeeds at modernizing it in the process.

For the uninitiated, Crisis Core was an action RPG where players controlled Zack as he earned his stripes in the SOLDIER program. The story served as a prequel and featured Sephiroth and Aerith alongside mysterious newcomers such as Zack’s mentor Angeal and Genesis, with a focus on Shinra and the war against Wutai. The conflict opens Zack’s eyes to the reality of the SOLDIER program and challenges his ideals. It’s a well-done story, and for those interested in Final Fantasy VII’s world and characters, it’s worth experiencing.

Crisis Core veterans will find that the game has never looked or played better. The somewhat confusing title of this game made more sense once I put a few hours into it. Visually, the game is undeniably a dramatic improvement from the original. Free from the constraints of the portable screen, Reunion features character models and graphic effects rebuilt from the ground up. Each character has new facial and combat animations that help bring the presentation up a few notches. Voice actors have also been replaced with performers from Final Fantasy VII Remake, which helps create consistency between both games.

One aspect that has remained true to the original is Crisis Core’s controversial “DMW.” The Digital Mind Wave combat mechanic is essentially a slot machine that is running during combat at all times. If numbers or character images align, then specific effects will trigger in battles, such as extra health, zero mana cost for spells, or Limit Breaks. Reunion minimizes the downtime the DMW system used to have, drastically improving the flow of fighting. But Square Enix didn’t change a thing about the leveling system, which may confuse new players. You’ll gain experience in combat, but you won’t level up unless the slot machine rolls three matching numbers and three matching images. As you can imagine, this is rare and can lead to moments of frustration when you’re in need of a level-up, but the slots just won’t give it to you.

Other aspects of combat fare better than the Digital Mind Wave in this reimagining. New animations have been added, as well as refined camera controls and battle shortcuts for quick access to spells and abilities. The changes Square implemented to streamline your abilities help to keep the action fast and loose. Reunion’s commands and streamlined action shortcuts evoke the look and feel of Remake’s combat. Once you look past the presentation and combat improvements, the rest of the game is far more remaster than a remake.

The level design, script, and pacing of Reunion all reek of its PSP origins. Each level is a linear series of hallways and small rooms with random combat encounters every few feet. You can also undertake a series of short missions that are about five minutes in length on average, which makes sense when you consider the game’s portable roots.

The simplicity in the level design and gameplay is firmly rooted in 2007. While serviceable, it doesn’t measure to modern contemporaries in the slightest. The story hasn’t changed, and Zack remains a likable hero who seems dumbstruck by the anime absurdity of literally every other character he encounters. It’s an entertaining plot, and the stripped-down game design at least has its merits when it comes to avoiding the open-world bloat that plagues most role-playing games as of late.

Crisis Core: Final Fantasy VII Reunion is worth experiencing if you’re invested in Final Fantasy VII or were a big fan of the original. Square Enix took a gamble on maintaining the core game design and DMW system, but it paid off, as there is nothing really like it in the Final Fantasy lineup. Despite the improvements across the board, players looking for the next great action RPG are best served elsewhere.