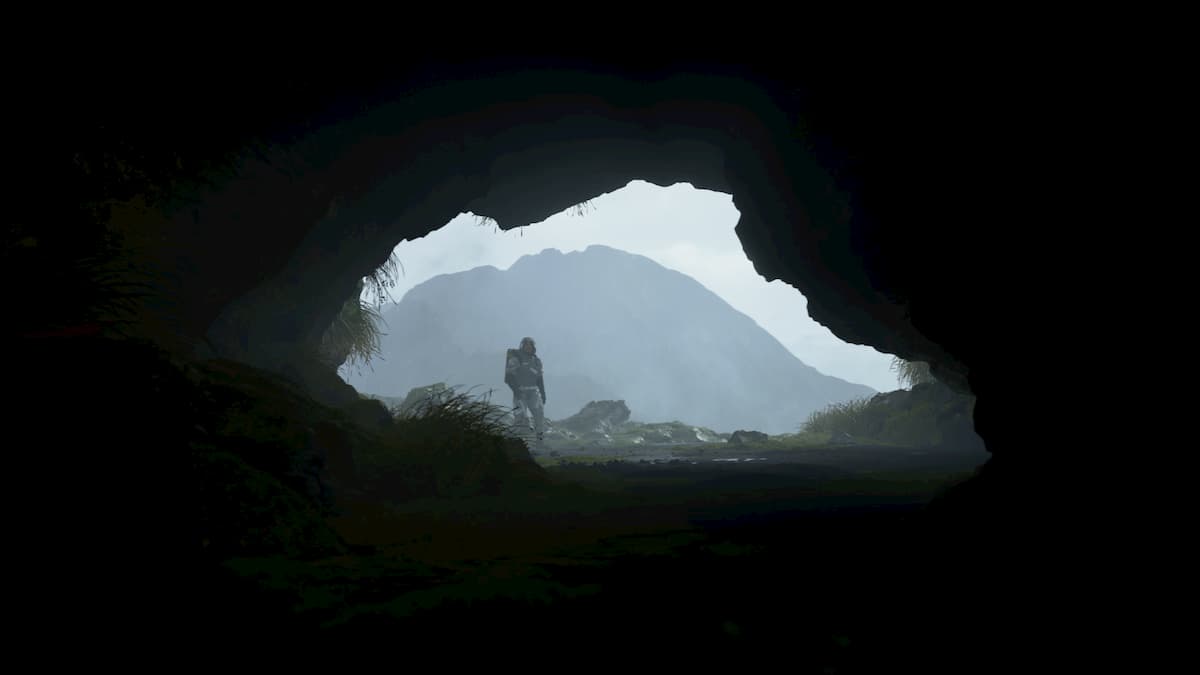 When Death Stranding released in early November 2019, I, like many others, picked it up. The hype around the title was strong, defining it as a once-in-a-generation game; legendary creator Hideo Kojima’s latest epic, his first as head of his own studio. And the mystery surrounding it — what, exactly, was it about? — only helped.

Then I played it and, like many others, I just didn’t get it. It didn’t click. It was too weird, too obtuse. Beautiful, intriguing, definitely unlike anything I’d played before, yes. But I resigned to myself that it just wasn’t for me. After about 6 hours, I put it down and never really thought about it again. Besides, a real once-in-a-generation game that was much more my speed was, at that time, just around the corner: Cyberpunk 2077.

Now, here we are in early 2021. Cyberpunk delayed, delayed, delayed, and finally released, and it was… not the game we’d hoped for. 2020 itself was not the year we’d hoped for, either, with an unprecedented, international pandemic ravaging the world, and, here in the States, an exhausting pre- and post-election cycle that often felt more like a Shonda Rhimes show than reality.

As the new year rang in, my disappointment with Cyberpunk and overall fatigue from waking up to more bad news every day had put me in the mood for something slower-paced, introspective, and otherworldly. That’s when I remembered Death Stranding, or maybe when it remembered me. I felt it calling, and I craved it in a way that surprised me since I’d spent so little time with it in the first place. Over the New Years holiday weekend, I booted it up. And this time, I got it.

The world of Death Stranding is that of an America torn apart. A cataclysmic event in the semi-recent past wrecked the nation, leaving its landscapes unrecognizable and the majority of its population dead. Worse yet, those dead now haunt the land. Rain called Timefall ages and, with enough exposure, kills anything it touches. The remaining people huddle together in small cities of 100,000 people or less, or choose to live on their own in small shelters, communicating mostly via hologram. Repopulation is at a standstill. Society has taken on an asexual nature, nearly everyone is cut off from one another, and most are too scared to venture outside the city walls. When a person dies, their body becomes a ticking time bomb, and within 48 hours, a crater will replace what was there before. A fear of death permeates everything.

As Sam, you are one of the few porters, glorified couriers who are willing to make deliveries from place to place in an attempt to keep the world connected. And you’ve been given, against your will, the biggest connection job of all: To set up a virtual network that links the East Coast to the West Coast, a cross-country journey by foot to restore the nation.

It’s a hostile world, but it’s a beautiful one, too. Using Sam’s natural inclination to sense when dead spirits, called BTs, are near, as well as what’s called a Bridge Baby, an actual living fetus that somehow straddles the line between the living world and that of the dead — one of those typically Kojima oddities that makes people on the outside tilt their head and squint their eyes when you try to explain it to them — you’re able to traverse the land and largely avoid harm. You walk, run, climb, trip, fall, ladder, rope, float, and zipline all over the landscape, with just the sounds of your footsteps and composer Ludvig Forssell’s brilliant, subdued score, plus occasional giggles from your BB, keeping you company.

You meet the occasional other human, sometimes peaceful porters making deliveries and sometimes hostile MULEs or terrorists who try to steal your cargo or just flat-out murder you. But most of the time it’s just you, alone. This is a world devoid of connection. Except, in one of Death Stranding’s most impactful design decisions, it’s really not.

The goal of your first venture through a region is to hook various places up to what’s called the chiral network, which must be stretched from place to place as you move from east to west. On your initial journey, the landscapes are barren and empty. But once your destination’s network is activated, the surrounding area becomes filled with signs that you’re actually not alone. Other porters are out there, leaving beacons of encouragement, ladders, climbing ropes, gear, vehicles, and safehouse structures for you to rest in. They work with you to contribute materials to rebuild roads and install zipline networks for faster traversal. They even warn you of dangers, steep slopes, and difficult terrain, or alert you to spots with beautiful vistas or hidden healing hot springs.

All the while, you’re awarded “Likes” as a sort of currency, and you give them to others in return. You never see another player, but their influence is felt. And yours is, too; you get frequent alerts when someone else, a real player somewhere in the world, just like you, uses something you laid down. You can even press a button to have Sam yell out, “Hello? Anybody out there?” and, every so often, from out in the distance — or perhaps from another fold in the multiverse — a voice will answer back, offering words of encouragement.

The sense of connection is very real, and that theme permeates all aspects of Death Stranding’s story and gameplay. Over time, you start to love Kojima’s bizarre cast of characters. You develop a bond with your BB. You begin to care about the lives of the holographic figures you make deliveries to, especially through their long emails and interviews, which are unlocked as optional reading as you play the game. As time passes, you do connect.

And then there are the BTs themselves, the frightening spirits that haunt sections of the landscape in some of the Death Stranding’s tensest moments. Through gameplay, you learn that despite their actions and appearances, these spirits do not actually have malicious intent; instead, they long only for connection, and they’re stuck between worlds, desperately trying to link up with one side or the other. “Killing” these spirits, these Beached Things, is not an act of violence, but an act of mercy, allowing them to fully pass on to the realm of the dead, where they can reunite with their kind. As creepy and stressful as navigating these otherworldly minefields can be, there’s a bizarre beauty in it. Like all of us, these BTs are just misunderstood and seeking validation from others.

Much like the real world, though, this isn’t one without conflict. MULEs are essentially “Like” addicts who want to steal your packages so they can feel the high of delivering them themselves, a thinly veiled reference to toxic Internet communities and trolls. And there are terrorists, who just want to watch the world burn, killing innocents and setting off “voidouts” — the explosion that occurs from a dead body — just because they can.

A happy-go-lucky place this is not. But in its straight-forward, usually non-fatal combat, Death Stranding offers a jolt of excitement. Using a bola gun to wrap up your human enemies and then taking them out with a kick to the head is somehow far more satisfying than mindlessly murdering hundreds of NPCs in a normal video game. And later, when they regain consciousness (or, technically, they respawn), it doesn’t feel like a gaming trick.

So much of the game is like this, where the design intent and the gameplay link up in a way that makes the whole thing feel real. There are infinite ways to get from here to there, immeasurable routes to take over or around a mountain or a river. Many tools have more than one use or purpose, like a floating carrier you can use to deliver more packages that you can also ride like a skateboard. You can use a grenade offensively with a direct hit or throw it at your feet to obscure your enemy’s vision and escape. Every item, structure, tool, building, bad guy, and character has been designed in such a way that you can look at anything in the game and say, well, yes, that does make sense.

Death Stranding is a slow burn, which makes it perfectly paced for the tumultuous year we’ve had. In my 70 hours, I’ve found a new favorite, a game that has had a real impact on me and how I think about what gaming is and can be. About what hype is and isn’t.

When Kojima came up with an idea for a video game that took place in an isolated world, he had no idea that mere months after it released, we’d all be cut off from each other. That a sense of longing for the world to move on from divisive and difficult times would be more relevant now than ever.

If nothing else, Death Stranding serves as a warning, or perhaps a signal: We, as a people, must come together. We need to reforge and retain our connections, lest we wind up in a world that’s been ripped from the things that really matter, where reality is blurred. Getting through tough times takes perseverance and work, but in the end, like Sam and BB and the others, we’re all just seeking the satisfaction and fulfillment that comes from truly connecting with others.