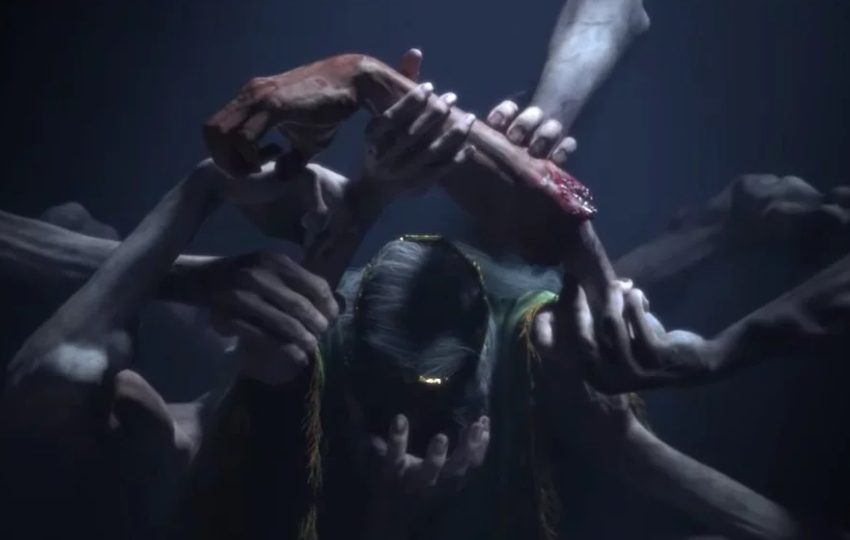 E3 week is a torrent of information and headlines, but the real games to watch are the ones you are still thinking about a week later. It is always tempting to rush out a list like this, but for a real picture of what games you are looking forward to, I find you need to wait just a little while. Let all the hype die down, then sift through your brain to see what games managed to leave the deepest marks. Well, enough time has based, and I have had a good dig around inside of my brain to decide which games truly fired up my hype glands, and which ones were passing fancies. In this article, I’ll be running through the games from E3 2019 that I am most excited. As a note, I am leaving the Breath of the Wild sequel off the list simply because we have no idea when it might arrive, or how far along the project is.

First up, it’s a From Software game. Secondly, George R.R. Martin, the author of the Song of Ice and Fire series, is involved. If you have only ever seen the Game of Thrones series, and not read the books, you might not understand why that is so interesting. Martin’s long-running series is filled with characters like Lady Stoneheart, who would feel right at home in the worlds that Hidetaka Miyazaki tends to create. Elden Ring’s trailer was also filled with the usual confusing imagery that tends to dominant Miyazaki’s creations, and the news we have heard about the game is that it is firmly back in the story-driven RPG camp after the companies foray into a more straight-up action game with Sekiro: Shadows Die Twice. Maybe it’s the fanboy in me, or perhaps it was just the lack of information causing my brain to fill in the gaps with my hopes and dreams, but this game has me excited like nothing else. Although, the next game does come close.

My first exposure to the system that CD Projekt Red are basing this game on was in college when I regularly played Cyberpunk 2020 with a group of friends. It was fun, a combined group of storytellers all coming together to explore an imaginary world, and I have often wondered what it would be like if the license fell into the hands of a company who could do interesting world building. Well, next year we get to find out. I am most excited to explore the city and the world that CDPR creates, and to experience their take on the hybrid power fantasy/social nightmare that all good cyberpunk should be.

Look, I love blasting aliens, and drop kicking ninjas in the face. But sometimes I want to relax and enjoy the cuter side of gaming, and Animal Crossing: New Horizons is ticking all the right boxes for me. A deserted island where people can’t bother me? Check. Crafting and resource collection? Check. Animal friends to hang out with and enjoy the peace and quite with? Check! That damn Tom Nook telling me I owe him something? Check. Nobody asked him to be here, but “check” nonetheless. It’s been a while since I have owned a Nintendo system, but my newly acquired Switch is just waiting for this one to release.

I’m looking forward to just kicking back and relaxing, tending my garden and talking with some weird animal about life. Bring it on.

If I am honest, I wasn’t expecting to have a Ubisoft title on this list. Not to say they make bad games, I will readily admit that the last few years have seen Ubisoft step up the quality of their output. It is just that I don’t often click with a Ubisoft game. I find them to be fun, but not earth-shattering. Watch Dogs Legion has captured my imagination with the NPC-swapping shenanigans they have in store for us. I always found the world that Watch Dogs created to be more interesting than the games themselves and had felt that the mechanics never quite lived up to the premise. The idea of Deadsec finally being a faceless organization drawn from the ranks of the general populace appeals to me, and I am looking forward to getting my boots on the ground in their version of London and finding the best people for the job.

I bought Final Fantasy VII and Gran Tourismo for my PS1 at the start of some long summer when I was a teenager, and that was it, my world had changed forever. It was my first Final Fantasy game, and I was hooked. The idea of getting to experience it all again at a visual fidelity that actually matches that strange mental upscaling we do with games we played when we were younger is amazing to me. You are either hyped for this, or you are not. But if you are not excited about this, you are wrong.

The original Baldur’s Gate games ate up my free time as a kid like few other games could. Finally getting our hands on Baldur’s Gate 3 feels like great news, and the fact that it is being developed by Larian, the developers of the stunning Divinity: Original Sin games add more shine to it. It might not be particularly fair, but I am not expecting a good game from this combination, I am expecting greatness, but only because Larian have shown that they are capable of delivering it.

I’m sure people will want to sneak a Creeper into my house for saying this, but I love a lot of things about Minecraft. I love the music; I love the monsters, I love the visual design decisions that get the absolute most you could imagine from blocks. I don’t like playing it. I have tried and failed, to get into Minecraft quite a few times, it just never clicks for me as an experience. Combining all the elements I like about Minecraft with one of my favorite genres of the game is actually amazing news that I never knew I wanted. This was one of the most pleasant surprises of E3 2019 for me.

Another game I didn’t see coming, but I find myself stoking the fires of the hype-train for it, and I am not questioning why. Give me even a hint of a repetitive, grindy, looter-shooter, and I will give you money. People Can Fly are making Outriders, the development team behind Bulletstorm, and I loved that game when I needed to kick a weird gang member into a wall of spikes to clear my head. I know that People Can Fly can make a shooter I want to play, this will answer if they can make a shooter than I want to play every day. I am hoping to see all the best parts of all the looter-shooters than have gone before it, with polish, and bigger guns.

I love the Age of Wonders series, it is by far one of my favorite in the 4X strategy genre, but I was getting a little worn out of the fantasy setting. Nothing to do with the game’s themselves, it is just that everything seems to default to strategy now. I’m a science-fiction guy, preferring lasers over magic, and nano-tech over magic, and just about everything over magic. Planetfall should give me all the mechanics I love about 4X, and all the fun creature design I love from Age of Wonders but wrapped in a beautiful sci-fi skin.

Luigi is the better brother. There, I said it. While Mario is off pointlessly jumping into pipes, Luigi is running a public service and trying to deal with eldritch horrors from beyond the veil. While Mario is kicking it with Toad and trying to get slide into Peach’s DMs, Luigi is trying to make an important economic center a viable business again. Luigi cares about the community, and for that, we should thank him. Luigi’s Mansion 3 looks like a great party game; it’s a fun mix of challenge and charm has earned it a well-deserved place on my hype list.