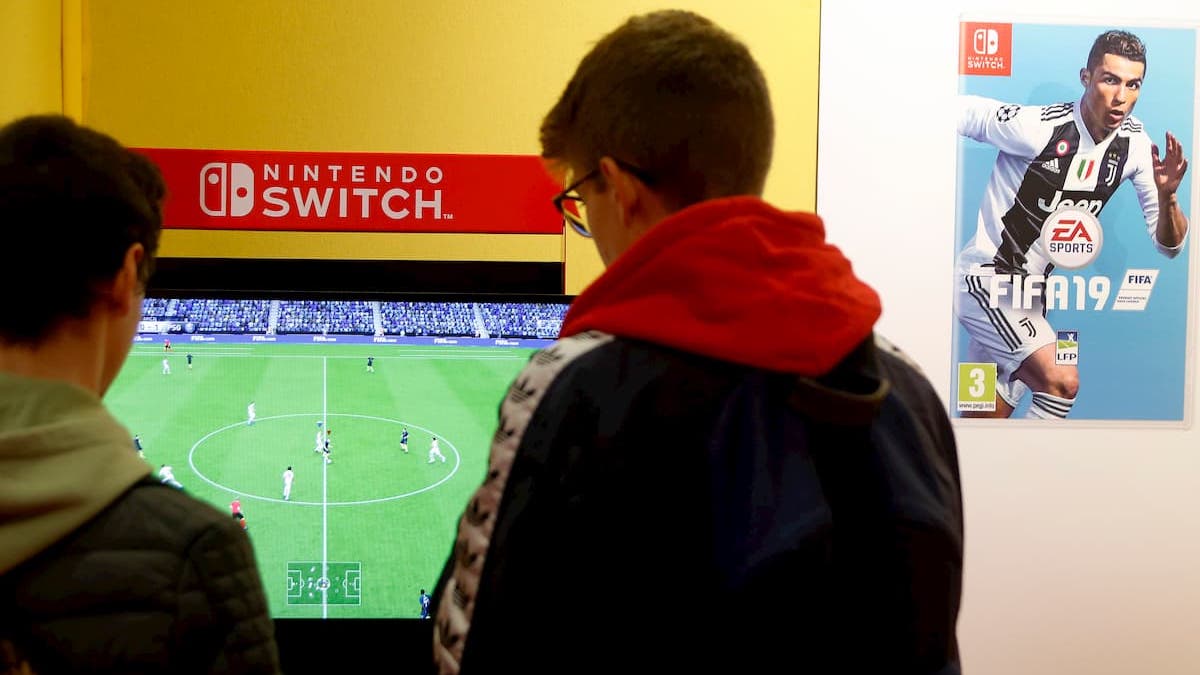 Despite being named Worst Company in America multiple times, EA has undoubtedly at some point released a game that you enjoyed. Of their vast number of franchises, the FIFA series is near the top of the list as their most popular. When talking about soccer games, FIFA is the first that comes to mind, and for the most part, they are received positively — unless you play the series on Nintendo Switch. However, it’s not just the FIFA games disappointing Nintendo fans. For years, EA has been either putting out subpar titles or been completely missing from Nintendo consoles, and they have yet to prove they have any other intentions on the Switch. You never see them put the effort into bringing something like Dragon Age or Titanfall to the Switch. Many of their most popular franchises are completely non-existent on Nintendo platforms, and it isn’t fair to the Nintendo audience.

It is baffling when you look back at the GameCube days, when Nintendo and EA had such a good working relationship that Mario characters were allowed in NBA Street Vol. 3 and SSX on Tour. What has happened since then? Let’s look back at the last several years and see how EA has let down the Nintendo crowd.

Up and down success for Wii titles

The decline of EA games on Nintendo consoles started during the days of the Wii. To be fair to EA, the Wii was not an easy console to develop games for. The focus on motion controls led to many gimmicky and frustrating titles from third-party developers of all kinds. Even so, EA still saw some critical success on the Wii with EA Sports titles like the Tiger Woods PGA Tour games. But factor in their other efforts: broken licensed games like Harry Potter and the Deathly Hallows Part 1, shovelware mini-game collections like Ninja Reflex and Celebrity Sports Showdown, and botched ports like Need for Speed: Hot Pursuit. These and countless other EA games on the Wii were mediocre at best with frustrating controls, baffling design, and generally boring challenges. EA was not unlike other developers by making shovelware games — they were releasing low-quality games on the Wii, the best-selling console at the time, to capitalize from the popular console. EA being a AAA company deserves to be held to a higher standard than the smaller developers. They have much more resources than most companies, so shovelware is surprising from them.

The Wii U disappearing act

After the Wii came Nintendo’s next home console: the Wii U. In total, only four EA games released on the Wii U. To be fair to EA again, the Wii U had barely any third-party support. But this becomes interesting when you consider then-EA CEO John Riccitiello’s comments on the console, and his promises for games coming to the platform during Nintendo’s press conference at E3 2011.

Riccitiello said the working relationship between EA and Nintendo would be “unprecedented” and that the Wii U was a “breakthrough in technology.” Screenshots for Battlefield, Harry Potter, The Sims, and more were shown off in the background, but these games never saw the light of day. Riccitiello obviously did not think the Wii U was viable for long, as EA only released four titles on the console. Madden NFL 13, FIFA 13, Need for Speed Most Wanted, and Mass Effect 3 were the only games EA could stomach to release on the Wii U, and they quickly walked back on any good faith they had in Nintendo at the time. Madden was only released in the United States, both FIFA and Need for Speed Most Wanted were missing features seen in other ports of the games, and Mass Effect 3 was a delayed port of a then-controversial title and had no history on Nintendo consoles. There was no excitement for a game like this on Wii U.

Once EA saw the poor reception of the Wii U, they jumped ship as soon as possible. By E3 2013, only two years after promising big things for the Wii U, EA announced they would only be focusing on the upcoming PlayStation 4, Xbox One, and even the older PlayStation 3 and Xbox 360.

Subpar titles on DS and 3DS

The Nintendo DS had a massive library, and EA contributed significantly to that for better or worse. EA had mediocre to low success critically on the handheld, with bombs including tie-in game Superman Returns, but you would have expected them to take that kind of support forward to the Nintendo 3DS. In total, EA released nine titles on the 3DS, and wouldn’t you know it, four of them were FIFA titles. This is where EA started the “Legacy” FIFA titles, and surprisingly, the poor reception of those titles did not derail them from bringing the Legacy branding back in the future. When your most popular FIFA title on 3DS receives low ratings from players, you might understand the willingness to stop developing on that platform. Still, EA kept going for multiple years until FIFA 15 Legacy Edition reached an all-time low for players.

For the other titles EA made on 3DS, nothing received more critical love than the middling Sims 3: Pets expansion. Maybe EA finally realized that they did not know how to develop for the 3DS, even though that didn’t stop them in the past with the DS. They were outputting multiple Madden games (not just one, like they did on 3DS), a Simpsons game, more than a few Harry Potter and Need for Speed titles, and various Sims experiences. We cannot find EA ever saying anything about the 3DS other than it was “cool” and that they were excited to develop for it. Chalk this one up as a mystery we may never know about, but maybe it was for the better that EA stopped developing for the Nintendo 3DS.

No respect for the Nintendo Switch

Fast forward to the present day with the Nintendo Switch, a successful console that rivals the Wii in many ways, but with proven third-party support from Bethesda, Ubisoft, Square Enix, and even Microsoft. Yet, more than four years after the console’s launch, EA has released only seven titles on the Switch — four of them are FIFA titles, and three of those FIFA games are reskins of the same version. When it comes to the Nintendo Switch, EA has decided to bring back what they call “Legacy Edition” on the hybrid console. The average customer might think, “Hey, that sounds pretty cool. What bonuses does that get me?” If you buy FIFA 21 on Switch, you are paying full-price for FIFA 19, a game that itself was already downgraded in many ways compared to other versions of the game. EA has copy and pasted the same game multiple years to do the bare minimum and get a game out.

EA is already not putting their best work out there for the Switch crowd, but they add insult to injury with their pricing. In June 2020, EA brought Burnout Paradise Remastered to the Switch, a game initially released in 2008, with the remaster easily found for less than $20 on other platforms — it released on the Switch for full-price. EA is still in that “buy this franchise on here, and we will bring more” mode, but when you overprice or release bad games, the games unsurprisingly are not going to sell. EA tries to force the consumer’s hand into purchasing these titles, and it comes across as incredibly shady.

We know that EA is planning on bringing more titles to the Switch in the future, but the way they have handled Switch development so far leaves much to be desired. These are all older games — nothing new. Apex Legends and Need for Speed: Hot Pursuit Remastered are coming this fall, games originally released in 2010 and the beginning of 2019, respectively. Current EA CEO Andrew Wilson has said that they believe people like playing their titles on other platforms, which may have some truth. However, when all you release is super stripped-down copy and paste versions of FIFA and decade-old games for way too much money, what do you expect?

Electronic Arts is the easiest video game company to hate in the world. Consumers see them as the most money-hungry company that engages in many confusing and frustrating business practices, even outside of Nintendo consoles. There are signs of change, however. Earlier in 2020, they promised that multiple titles are on their way to the Nintendo Switch. We know about Apex Legends and Need For Speed: Hot Pursuit, and there are rumors of a Mass Effect Trilogy remaster, and it feels criminal for The Sims to not have a home on the Switch yet. Until we see that output of games through valuable ports of those titles, there is not much reason to be optimistic about future EA titles on the Nintendo Switch.

At the end of the day, EA could and should respect the Nintendo fanbase. Even though EA has had past failures on their consoles, Nintendo fans are extremely loyal to their platform. Should the company begin putting effort and quality into their ports on Switch, Nintendo fans will in return give them the sales numbers EA so highly covets, and the Nintendo diehards can finally join in on the fun. Everybody wins.