Earlier this evening, the organizers of the yearly EVO 2K tournament, which takes place from July 31 to Aug. 2 in Las Vegas, revealed the eight main titles that will be featured throughout the event, along with a special “Tournament of Champions” for a classic favorite. It’s an interesting mix, to be sure, including popular favorites like Super Smash Bros. Ultimate, Tekken 7, Street Fighter V: Champion Edition and Dragon Ball FighterZ. You can check out the video below.

But were the choices the right ones? Some are crying foul that some obvious favorites are missing, replaced by sleeper hits that may not garner as much attention. Others are wondering why more classics aren’t involved.

Let’s start by talking about the games that were chosen, and if they’re proper fits:

The games officially at the EVO tournament

First up is Super Smash Bros. Ultimate, which is always a top-notch choice. For that matter, so are Tekken 7, Street Fighter V: Champion Edition and Dragon Ball FighterZ, which continue to be favorites even years after their respective releases.

Next up are eclectic weapon-based fighting games. Samurai Shodown is a strong entry in the EVO series, if only because it’s on its second season pass, and there are more than enough characters to keep it entertaining. That also makes SoulCalibur VI a wise decision, thanks to fighters like Haohmaru and Geralt of Rivia (from The Witcher) entering the fray.

Then there’s Granblue Fantasy Versus and Under Night In-Birth CL-R. These are sleeper favorites within the fighting community, but there are a few fighting fans out there wondering what these games are about. There’s no question that EVO is a prime stage for them to show off just what they can do (and which fighters to do it with), but they’re oddball favorites.

Finally, Marvel vs. Capcom 2 returns, but as an “honorary” Tournament of Champions selection. Instead of the usual array of fighters, it’s whittled down to just eight. While that certainly beats nothing, some are crying foul that it’s not a full tournament choice.

With that, were the right choices made?

Here’s what’s missing, and (probably) why

Hey, we get that Under Night In-Birth has a lot of buzz leading into its release later this month from the developers of French Bread, so putting it onto the tournament scene isn’t the worst decision. But there’s another popular favorite that could’ve taken its place—Mortal Kombat 11.

NetherRealm’s brawler has gained some serious steam over the past few months, thanks to a few updates, tournaments, and additional DLC fighters like The Terminator and DC’s Joker. So…why wasn’t it chosen?

More than likely, EVO wanted to keep the tournament “clean,” without any of the over-the-top carnage that it’s usually known for. It is streamed on Twitch, after all; and, in some cases, live television, like ESPN. So having players tear each other apart with fatalities and brutal X-Ray moves probably wouldn’t make for quality viewing, despite tournament fans loving every minute of it.

That said, there’s also Granblue Fantasy Versus. The game arrives for PlayStation 4 this week and is sure to gain traction in the community with its array of characters and tactics. But, as fun as it might be, that does leave another favorite out in the cold—BlazBlue: Cross Tag Team Battle.

Initially released in 2018, Tag Team Battle has become an instant favorite in the community; and drew a huge crowd during its previous EVO tournaments. So why, in the midst of its current season of new characters, eliminate it now?

Actually, this one’s a mystery. The game remains appealing after all this time, and its cast of characters make each match-up quite unpredictable. The only thing we can think of is that Aksys wanted to clear the way for the debut of Guilty Gear -STRIVE-, along with a possible surprise tournament. Which, honestly, wouldn’t be the worst thing…

Finally, there’s Marvel vs. Capcom 2. While we’re pleased to see this one make its return, its limitation as an eight-player tournament seems a bit odd. Perhaps it’s because it’s a “legacy” game that EVO doesn’t want to shine the spotlight too long on it. It’s still great to see it and all, but it should’ve gotten a full tournament space—especially if Capcom has any sort of plans for a re-release. After all, it’s gotten into the habit of re-releasing a number of its hits in high-definition.

There are other games sorely missing as well, but probably for certain reasons. Let’s look at each one: 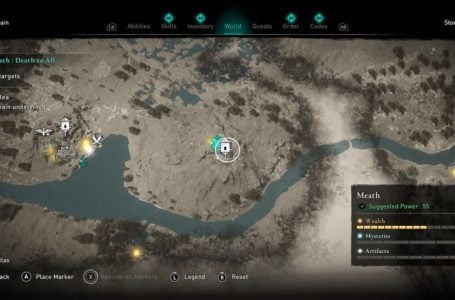 How to complete Royal Demands in Assassin’s Creed Valhalla 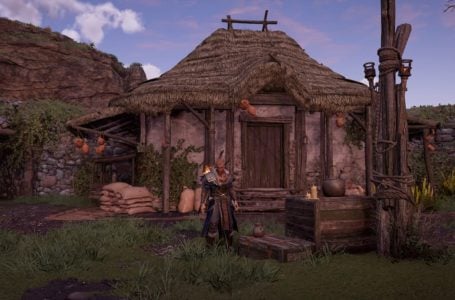 How to get Luxuries in Assassin’s Creed Valhalla 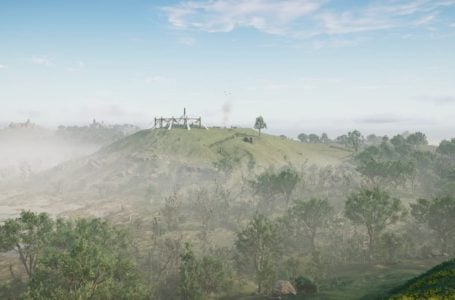 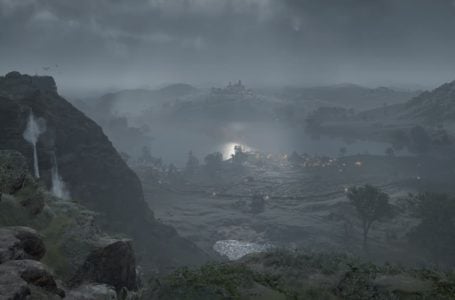