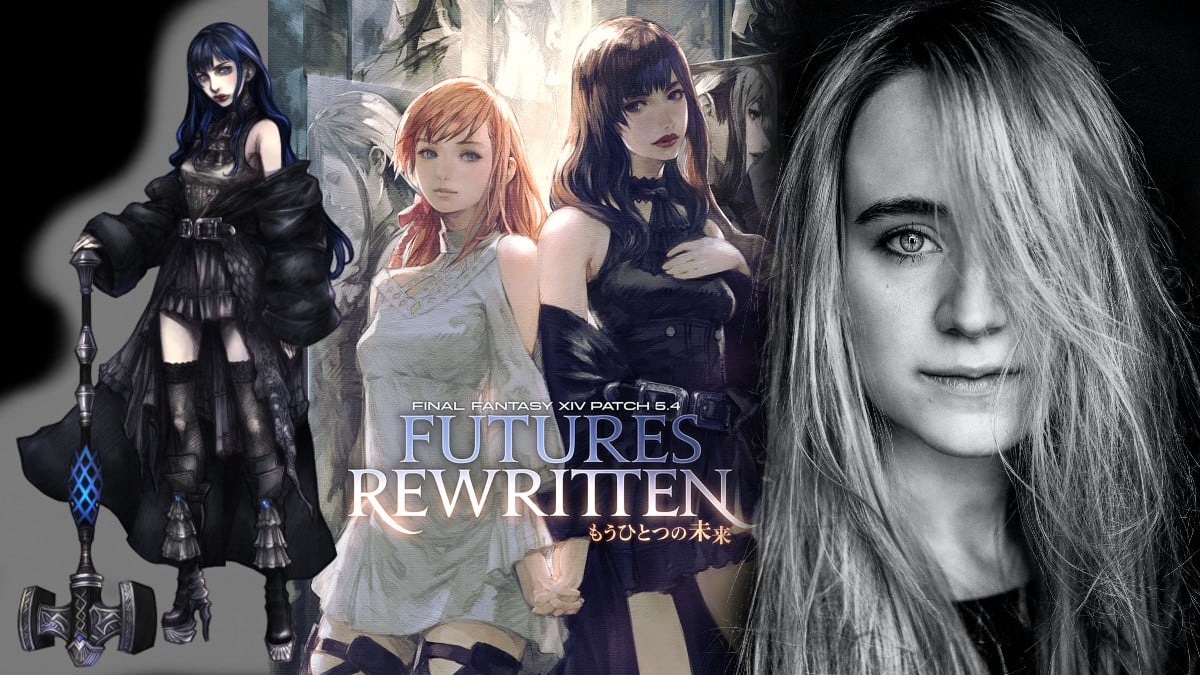 Anna Rust is no stranger to the recording booth, having lent her voice to characters in Cyberpunk 2077, Battlefield V, Nioh, and Star Wars: Battlefront II. Recently, she voiced Gaia in Final Fantasy XIV, part of the Eden endgame raid that sees Gaia get quite close with another character, Ryne. The two become something special — what’s alluded to be Square Enix’s first official LGBTQIA+ romantic pairing ever. The key art for FFXIV’s 5.4 patch even features an illustration of the two holding hands.

Aside from video games, Rust, an English-born actor who identifies as LGBTQIA+ herself, often works in TV and film. In the past year, she played the role of Fleury in Carnival Row on Amazon Prime Video, and she wrote, directed, and acted in Satiety, a short film drama.

We caught up with Rust to discuss her experiences portraying Gaia in Final Fantasy XIV, the Final Fantasy fandom in general, and to get her perspective as an LGBTQIA+ working actor in the TV, film, and video game industries.

What was the process like, lending your voice to Gaia in Final Fantasy XIV’s Eden storyline? How was it similar or different to your work in TV and film?

Well, it’s similar to other video game voice roles that I’ve done in the way we produce it. But it is vastly different to film and TV. Obviously, the main difference being you’re in a booth, and you’re probably going to be on your own for the majority of it. But you really get the time to work on each line of dialogue, much more than you would, for example, on film or a TV show.

With something like Final Fantasy, you really get the time to go over the lines in many different ways of your own choosing. The nice thing about that is there’s not really as much fear of failing as an actor with video games, because as long as you trust the people you’re working with, you’re going to be able to try anything, and they’ll steer you in the right direction.

Initially, there was a lot of mystery surrounding Gaia’s character. But by the second part of the Eden story, she and Ryne grow close quite quickly. Toward the end, Gaia knows exactly what she wants. What was it like, fleshing her out as a person who endures so much hardship, then manages to come out stronger for it?

I remember the first audition I ever did with [Square Enix], they gave me like a bunch of slides, and I had no idea it was for Final Fantasy. But they gave me the freedom to do anything that felt right with the more high-intensity ones, because she really is a completely different Gaia for that. And I remember saying, “Are you sure you want me to go to 100 for this?” And they said, “Yeah, we’ve got it. Go for it.” I went for it and it ended up working. It was really, really cool. Usually, you have to be careful with the way you make your choices as a character. I think with Gaia, she’s so free, you can basically do whatever you want.

Did you know how Gaia’s story would turn out by the end of Eden’s Promise, or that she and Ryne would end up as a pairing?

Not at all. I think the first session that I did — it was a while ago, but it didn’t really have anything in that context. And then that slowly developed. It was really cool because the actor who plays Ryne, I think she’s brilliant. Emma Ballantine. So, it’s been amazing. I love this role [laughs].

For many fans of Final Fantasy XIV, Gaia and Ryne’s relationship was a wonderful surprise. How did you bring that connection to life through Gaia’s character?

It’s all written there, you know what I mean? I know that it’s only a gentle association. We’re not really, properly [in a romantic relationship yet] — but it’s there. I love being able to explore that, playing around with that dynamic. And I love the characters. I may not get to voice the character in-dialogue with the actress who plays Ryne, but I do get a sense of what’s going on, and it’s really lovely.

How has the fan reaction been to your work with Gaia? There’s a ton of fan art of her and Ryne, for example.

This is the bananas thing. One day I decided to Google and look through the fan art, and it was absolutely mind-blowing. I had no idea there was that kind of reaction, or that anyone cared enough to put hours of work into this. Cosplay as well. It’s incredible. It’s really heartwarming, to be honest. Because I really — as a fan, as a non-actor — I really love the character. So it’s really nice to see that other people have reacted well to it.

Did you play games in the Final Fantasy series before landing the role as Gaia?

I played Final Fantasy, yes, and I played Final Fantasy XIV after I got the role. I hadn’t actually gotten much into MMOs, but this game — and a little bit of interest in what the character and everything would end up looking like — has pushed me in that direction. I mean, it’s a huge time sink, in a very good way, but I spend way too much time on it [laughs]. It’s been fantastic. I play it on — well, now, on my PS5.

Square Enix has not had such obvious LGBTQIA+ pairings in its games before. There’s a way to read into Fang and Vanille’s friendship in Final Fantasy XIII, but that’s about it. Speaking as a fan, would you like to see Square Enix introduce more stories like Gaia and Ryne?

I would love to, and I think they already have so many great opportunities they could build off of. I don’t think they even necessarily need to put a huge amount of effort into finding new characters or anything. And there is a huge fan base of people who would be really excited to see that. I would be very excited to see that. But I obviously can’t speak on [Square Enix’s] behalf. And I can’t really say that as an actor, either. But as a fan, absolutely.

You’re outspoken about the role artists have in pushing public perception forward on a number of issues, from racism to homophobia to the lack of women in leading roles. Could you share your insight and how it’s shaped you as an actor?

It makes decisions about what I work on very different. I’m way more cautious of the content and the impact on society. I don’t want to associate myself with something that I wouldn’t agree with. And I think it’s very key to bring up the fact that there are ways to portray negative things in society. For example, racism, homophobia — there are ways to portray it. You have to be very careful to portray it as though it is not a good thing. There’s a lot of misogyny in scripts that I am immediately like, “No.” I think we’re all kind of slowly going in that direction, just being very cautious with what we do.

I really want to see more diverse people behind-the-scenes. Because it doesn’t become a big push if it’s your experience. If you’re writing from your own life experience — whether that is as someone who isn’t white, or isn’t straight, or isn’t able-bodied — it’s much easier to write stories to reflect that. I’m not saying you’re only capable of writing or acting those experiences if you are that person. My point is that it becomes a really wonderful, authentic story if it comes from someone who is of that demographic. So I really want to see more women writers in general. More writers that aren’t white. More LGBTQIA+ writers. Directors. Things like that.

And that extends to LGBTQIA+ acting roles as well. If you have so many people — especially the trans community — who, as actors, their opportunities are so limited as-is, and you’re gonna then give that to someone who’s cishet? No.

In terms of representation, how do you think game developers and writers can continue pushing the medium forward as an art form?

I think just being mindful of at least proportional representation. Because if you think about it, at the end of the day — London’s only 60% white, for example. New York is 45% white. If you give me every single show, film, or game that is set in New York, am I really going to see more than half of the characters not be white? I don’t think so. At the very least, if we’re just hitting that mark, that’s great. But I think we have a long way to go in that respect. And I think I need to say it is getting better. We are seeing increased representation. But it’s just still so far-off, and I really want to see that more, especially in terms of ethnicity.

What you are working on for the future? Do you think we’ll hear from you in another Square Enix or video game project anytime soon?

There are a couple of projects I’m working on — video game, film, and TV. But at the moment, the one thing I can talk about is that I recently wrote, directed, and acted in my short film Satiety. It’s had a wonderful reception, which I’m really proud of because I got to do it during lockdown, which was kind of a savior in terms of everything going on. It’s nice to have something to focus on that’s artistic.

That’s probably all I can say, really. Sorry [laughs]. I’m sure you know video games are very secretive. It’s astonishing. They’re so much more secretive than film and TV. 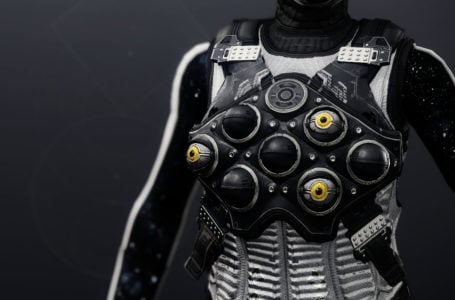