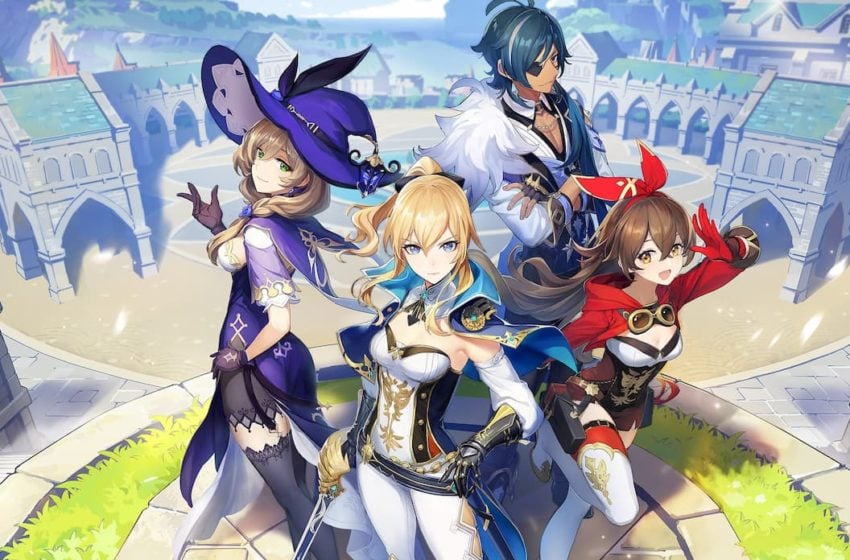 With one look, it’s easy to see Genshin Impact, the upcoming anime action RPG from Shanghai-based developer Mihoyo, has taken massive inspiration from The Legend of Zelda: Breath of the Wild. From its art direction to its setting to its combat style — and there’s even a gliding mechanic — the homage is quite evident.

It would be easy to say this game is a free-to-play Breath of the Wild cash-in, but after spending some time in the Genshin Impact beta on PlayStation 4, I came away overly impressed by the world Mihoyo has built, and luckily, the game does enough right to make itself stand on its own.

Most of the gameplay mechanics from Breath of the Wild are front and center here. A wide-open world beckons you, with various monsters to defeat and foods to gather. You can climb and glide around this playground (given your stamina does not run out), and you will often find yourself in dungeon-like areas where you must take down enemies and solve puzzles.

One of the things I found most interesting about Genshin Impact is the party system, which allows you to swap out the character you are currently playing with the press of a button. One moment you’re your sword character (aka The Traveler, who works as the protagonist of the story), then the situation calls for a long-range shot, and instead of equipping a bow and arrow, you switch to Amber, a character who specializes in fire-based arrow attacks.

Each unique character comes with an attachment to an elemental source; as mentioned, Amber provides fire-based attacks, while your character will unlock wind-based attacks shortly after starting your adventure. In addition to standard attacks that follow the same rules across all characters, each one also has unique elemental attacks on cooldown for various situations. Being able to swap between these attacks on the fly is more than enough of a reason to give this game’s combat an honest try, and mixing and matching based on the enemy’s weaknesses and affinity will be vital to winning the fight.

Seeing these other characters in action was rather interesting, but it can sometimes get confusing. You see, you run around the open world as your Traveler with only your companion Paimon at your side. When you switch characters, your Traveler is replaced with whomever you chose, but this does not swap that character out of wherever they are standing in the world, meaning you can actually run into them while playing as them. It is a small thing, but it’s immersion-breaking nonetheless.

Having access to such a large roster of characters is great, though I can’t help but feel it takes away from the importance of creating your own character. Granted, character creation does not go beyond picking your gender and giving yourself a name, so overall, the Traveler being portrayed as “you” does not have as much impact as, say, Link.

Genshin Impact will be a free-to-play game when it fully releases, and to make its money, it will offer other playable characters and weapons via a gacha system it calls the Wish system. While there will be some characters gained for free from story missions, many characters will only be obtained via this system. I can’t fully speak on the microtransaction system because it is not in the game yet, but I hope Mihoyo handles it well. As of now, you can earn some of the in-game currency, called Fate, via missions, but no doubt Fate will be purchasable via real money when the game releases.

Overall, Genshin Impact seems to be an interesting game that could garner a dedicated fanbase, should Mihoyo handle it well. The verticality of the open world makes it fun to climb and glide through, but some of the anime aspects feel very generic, and playing on a PS4 Slim did present some framerate issues. That being said, the game is still in beta, and hopefully it will run better by release.

Genshin Impact is expected to release sometime in 2020 and will be available on Android, iOS, PC, PlayStation 4, and Nintendo Switch.