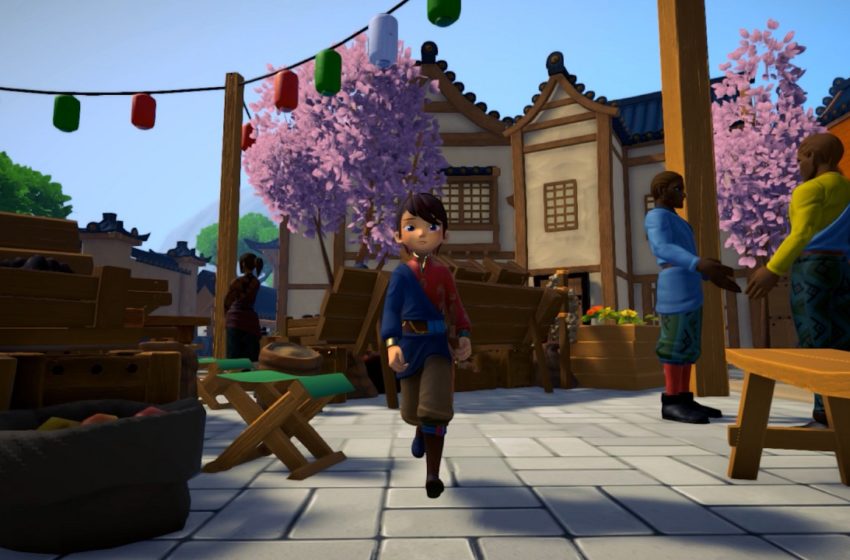 Standing out in a congested market is becoming more of an impossible task than ever for indie developers. There’s no sure-fire way to guarantee success, though implementing a unique hook or playing on the nostalgia strings are two of the more effective mechanisms for generating interest in your game. For example, Yooka-Laylee leaned into the nostalgic factor, while Superhot is one-of-a-kind in its concept. Both performed well commercially and made an impact on the zeitgeist.

Ary and the Secret of Seasons is hoping its combination of both can help elevate it to success.  The game has actually been in development as far back as 2016, but it was initially only being worked on by a solo developer before slowly growing into a small team. It was awarded the Best Unity Game at Gamescom in 2017, received more widespread attention as part of Sony’s E3 trailer line up in 2019, and has looked fantastic whenever it has been shown.

To its credit, the effort and passion being put into the game are plain to see. But as it currently stands, Ary and the Secret of Seasons is lacking a layer of polish needed to take it to the next level.

You play as Ary, a young girl who takes on the mantle of the Guardian of Winter after her father is unable to complete the duty and his apprentice son, Flynn, goes missing. This series of events throws the land of Valdi into turmoil. When the guardians of the other three seasons fail to uphold their domains, Ary takes responsibility for reuniting the orbs of the four seasons to bring normality back to Valdi, all while searching for her missing brother.

You use the power of the four seasons to help you solve puzzles and destroy enemies, with a variety of weapons and gadgets to assist you on your journey. There are also hats and clothing that can either be purchased or are offered as a reward from side quests picked up from folks throughout Valdi, while coins from scattered chests allow you to purchase upgrades to Ary’s skillset.

Like with Nintendo’s Hero of Time, textbook exploration is present in Ary, as are sprawling dungeons and the use of special items to produce puzzle solutions. And like with Naughty Dog’s grumpy adventure duo, the platforming and puzzles are utilized very well here, while cutscenes ooze more of the game’s personality.

From my hands-on playthrough of the opening of the game and one of the temples further in, Ary is at its best when it demands that the player bring the elements of its inspiration together. The seasons’ purposes all make sense when thinking logically about the dungeon’s progression, and the game’s pleasing surroundings make the encouraged exploration very enjoyable.

A long journey ahead

However, unlike its counterparts, Ary and the Secret of Season’s indie roots expose a common problem with adventure games in this market: a severe lack of polish.

The fundamentals of the game are fine. Activating a season orb causes a large dome to form, where enemies standing inside can be affected by it, with some enemies appearing only in certain seasons. This can lead to some interesting encounters, like with some enemies becoming heavily shielded while in a winter orb, or others acting as a puzzle piece when affected by a particular season.

The main problem comes with the combat itself, which, as of my time with the game, consists of smashing a single attack button, a deflect button that is too easy to choreograph, and a combat roll. There are no projectiles to use aside from a feeble slingshot, and the season orbs were of fairly limited-use against enemies inside the temple. Hyenas, uninspiring grunts that they are in most games, seem to be the main enemies you come across in the early game, so here’s hoping for more monster variety as you progress. Simply put, combat is just a little dull.

Set pieces accompany boss fights, offering a varied sequence of platforming in order to progress, but the one that I played still ended in a straight-up fight to the death, where the hulking flying golem’s attacks were overly choreographed and posed little in the way of a challenge.

A number of smaller issues affect the game’s current build too. The jumping is not pressure-sensitive, meaning you will always jump the same height, something that’s not ideal for more precise platforming. And while the wonderful art style offers detailed environments and exciting visual effects, it hides fairly basic character models. Lots of bugs, from Ary struggling to traverse shin-high walls to camera issues in cutscenes, also need ironing out.

There’s no denying that Ary and the Secret of Seasons has the potential to be an excellent game. For the most part, it looks beautiful, and it contains all the ingredients needed to cook up a splendid adventure. Previously shown gameplay of areas that weren’t present in my preview offer a lot of promise. However, based on my playtime, the game is going to need a considerable amount of polish to deliver the experience it’s aiming to be.

I hope developer eXiin can spring into action before Ary is left out in the cold of winter.