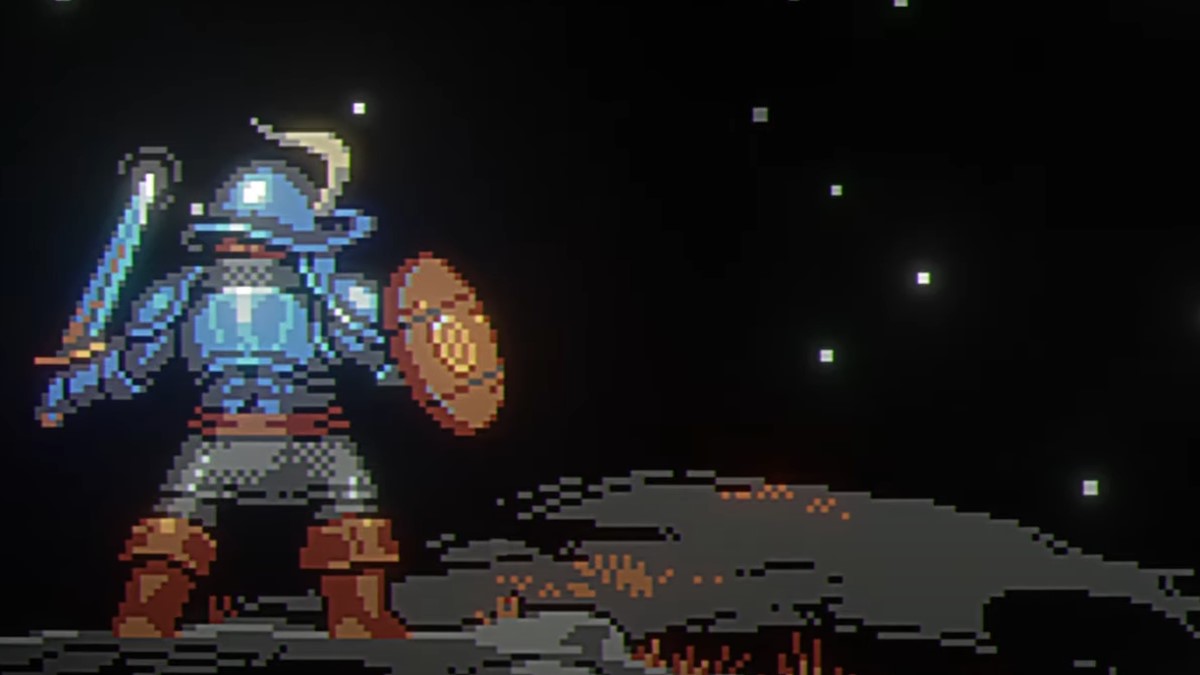 The interesting thing about going through a rough patch in your life is that things will inevitably remind you of those darker times. So, it was a surprise, but not surprising, when Loop Hero jumped out at me as a good allegory for the hard work involved in overcoming mental health issues. It’s not the sexy kind of allegory you make with a game like Dark Souls, where everything is a grim struggle, a terrific and unrelenting grind that wants to smush you into dust and not let you get back up off the floor. Everybody knows about that side of dealing with mental health issues because everyone talks about it.

What they don’t talk about is what comes after all that. You have been squashed, over and over again, but have managed to make it to your feet. What might surprise you is the large gap in your memory. Personally, I have a gulf that is roughly two years long in my brain, and I remember very little of what happened in it. Why? Because I was very, very ill. In a fit of self-preservation, my brain decided it was closed for business and would not be accepting any new information.

In one way, this is fantastic. It meant that when I had gotten through the worst portion of my life, I could remember very little of it. In another way, it was devastating, as just about everything I’d known about my previous life had become untethered. Friendships, jobs, family, hobbies, interests, hopes, and dreams had all become a freeform and nebulous mess.

I landed on the path of my new life in much the same way as the hero does on the loop, knowing very little, generally quite confused, and needing to experience everything all over again in order to piece the world together.

The other thing that people don’t tell you about dealing with devastating mental health issues is that you will primarily be responsible for your own recovery. Yes, there are meds, and yes, there is therapy, but mostly there is just you. You are with yourself 24 hours a day, for better or worse, and you’re entirely responsible for the scale of your own challenges. This takes trial and error. Just because you are over the worst of it doesn’t mean you are better. It just means you are no longer too ill not to try.

So you approach each day as a completely fresh start, set a task, and attempt to achieve it. Some days things go your way, some days they don’t. In Loop Hero, you will return to the camp with either all the items you found on the loop, some of them, or hardly anything at all, and this too rings very true for those early stages of recovery. Take on too much, and you can have a terrible day, almost resetting your progress. Take on too little, and you will achieve your goals, but the rewards won’t be enough to propel you forward.

In the game of life, we patch ourselves, as it were. It is up to us to learn from our experiences and adapt, but that fact cuts a little sharper when we make a common mistake we are all prone to and begin to believe that we deserve to progress. Loop Hero sets this trap for players as well, lulling them into the idea that this run will be perfect when they are just a few misjudged decisions away from making it very bad indeed. You think you’re ready for a boss fight, but it turns out that the boss had other ideas, and you go back to camp with very little to show for your efforts.

The final aspect of Loop Hero that rings true to my personal experience is the importance of building up a base of other people and their efforts being just as important as your own. While only you can walk to the loop, they will be waiting for you, doing what they can to help propel you forward. As you build up the camp in Loop Hero and new people arrive and start to pitch in, things become a little easier. This, in turn, allows you to step up the challenge, placing new cards, taking on new enemies, delving deeper into each chapter until you reach the end of the game. There is undoubtedly a degree of privilege involved when it comes to outside help for mental health issues, but it remains a vitally important aspect of recovery for many people.

What struck me about Loop Hero was how similar it all felt, not so much to being ill, but to the journey of getting better. The tiny, incremental growths that formed the foundation of a better life and the harsh, crushing lessons that simply had to be learned. The hidden mechanics that feel almost unfair in their mystique, and the feeling of joy at unearthing secrets and finally starting to feel like it was all being figured out.

Much ado has been made about how it feels to be mentally ill, and plenty of games out there have been held up as prime examples of it, as a means to experience in some small way the devastation that is inflicted by mental health struggles. If you want to know how it feels to get better, to find the drive each and every day to seek your own value and put the work into bettering yourself, shoring up your weaknesses, and striving to step forward, then Loop Hero is a surprisingly positive example of precisely what it takes to do that.