Last year was a tough one for Madden and its community. Despite the fact that the beta for Madden 21 showed promise, the lack of substantial additions to Franchise mode, coupled with MUT pack price increases and a lackluster next-gen debut, made 2020 rather difficult for football game fans. This year, Madden has made a significant change to its promotion of the franchise. EA has focused heavily on emphasizing changes to the gameplay via Dynamic Gameday, as well as a near-complete overhaul to Franchise.

But will these big changes pay off for EA and Madden? While we won’t know the full answer until August, we did have a chance to take part in the Madden 22 beta test. We have our impressions of the new title, and things look rather promising for EA.

Let’s start off with the gameplay. During last year’s beta test, we noticed that the play on the field did feel a bit more fluid as compared to prior years, at least in terms of player movements and animations. However, I did notice more and more flaws once the current-gen title launched in full in August. It just felt that the engine and the animations just felt too similar to past games, and needed a much-need refresher.

It’s still early, but the early returns are not too bad. The animations do look and feel different, and what stood out to me the most was how fluid running the ball feels. The inputs were more precise than in past years, at least from an initial glance, and that’s something to feel very good about. If the Madden team can continue to fine-tune the animations, as well as make the passing game feel much like it did in the next-gen version of Madden 21, the gameplay should be in a solid spot.

This was a beta, so you would expect gaffes here and there, and there were some issues. The biggest, at least in terms of the gameplay, was the AI’s decision-making. At times, the AI ball carrier would mysteriously go out of bounds, which was bewildering, to say the least. However, this is a beta, so in this case, it does get the benefit of the doubt.

The Yard was a much-promoted addition to Madden 21, and it felt very much like a response to 2K’s new non-simulation NFL game. While the mode did offer a lot of entertainment, at least in my eyes, it had its flaws. For one, very few people actually played, as there were times where matchmaking was next to impossible. Second, it offered very little in terms of incentives. I had fun playing The Yard last year, and that’s good enough for me. However, I have to wonder whether the lack of players in online play had to do with whether people were just too consumed with other modes. If they want people to take a look at The Yard, perhaps incentivizing players with, for instance, special MUT packs, might be a route to take.

While we’re still unsure as to whether the second problem has been taken care of, it does appear that fans of The Yard can do something aside from online play. This year features a new single-player campaign mode in which users take on CPU teams of NFL all-stars. It might not seem like much, but for those who enjoyed playing casual football last year, it looks like you’ll have more options in 2021.

The mode that we were primarily focused on during this beta was Franchise mode. This beta did not feature the scouting feature, and in fact, that won’t even be in the game until September. However, the beta did give us a look at some of the other additions to Madden 22. Among some of those include the addition of coordinators, coaching upgrades via Skill Trees, and new press conference and coach-player meeting dialogs. Additionally, it also looks like the in-game play options, including offense and defense-only, are back for Madden 22.

Franchise mode feels a lot like what EA did for NHL a few years back. The skill trees are near-identical to what’s in Be a Pro for the NHL franchise, and the scouting feature looks almost a carbon copy of what’s in that title’s franchise mode. That’s not necessarily a bad thing, as EA is still adding in a lot of what’s been requested from Madden players, but doing so in a manner that’s worked for the NHL series. It’s not a problem in my eyes, but it is a curious observation.

I do feel optimistic about this year’s title. It’s been a tough couple of years for the Madden community, and last year’s game at times felt like a giant gut-punch. But after what I’ve seen in the beta for this year’s offering, I do genuinely feel like the devs are on the right path. We may not know how it will all come together until August (or September, for Franchise players), but the gameplay, at least from our beta impressions, feels better, and the upgrades to other modes make 22 feel like a different game. 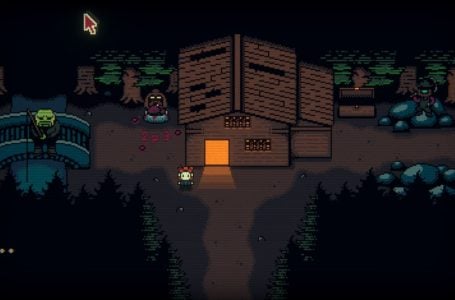