The bloodiest fighting franchise around is back in full force! It feels like only yesterday when the game was announced, and we’re already a few weeks away from the official launch of Mortal Kombat 11. For those lucky enough to have been selected for this weekend’s stress test, you’ve already have gotten a small taste of what to expect from MK11. There have been some minor and significant changes to the overall flow of the game’s actual fighting mechanics, but the gory style of the series remains the same.

As someone who’s always loved the Mortal Kombat games but only really delved into the competitive side of them with 2011’s Mortal Kombat 9, Mortal Kombat 11 seems to be a drastic shift in pace from the recent entries. Sure, there are still Kombo strings, Speical moves, and Fatalities to master but the game seems less focused on juggling.

For the unaware, juggling refers to whenever a player can keep their opponent suspended in midair while dishing out massive damage. Other fighting games such as Tekken live and die by this mechanic, and it’s somewhat a stable within the fighting genre. The previous Mortal Kombat games such as MK9 and MKX subscribed to this design philosophy.

My recent time with MK 11, however, made me realize how the game is much more focused on spacing and setting the opponent up for huge counter attacks. This is no more evident than in the Crushing Blows system in which timing certain counter-attacks will lead to mini X-ray attacks that have decent damage. Characters can still juggle enemies in certain situations or with certain moves, but the emphasis on this mechanic is lessened in MK11.

Resurrected as a twisted, evil version of himself, Kabal now serves the Netherrealm and pledges to destroy all other realms. Subscribe to GameSpot Trailers!

Special moves have also been set on a cooldown that’s similar to a MOBA. There is an offensive bar, and defensive bar that will always recharge after the EX version of a move is used. Another significant change would have to be the introduction of the Fatal Blow system. This is necessarily the X-ray system from the previous games but with a new twist. Players can now only use their X-rays when their health is dangerously low. A further change is that if players fail to land their X-ray attack, they can try again in 30 seconds or so. The downside is that once a player uses an X-ray, they no longer have access to X-rays for the rest of the match.

Jade, the ultimate stealth assassin, has been revealed for Mortal Kombat 11.

With only three characters playable, all of which have been excessively shown off by now, there isn’t much in the way of content or plot details to discuss. But the games release date is fast approaching, and I think the characters on offer had gameplay styles that were versatile enough to demonstrate the new direction that mechanics are heading.

Raiden has upset the balance of history with the death of Shinnok. Tired of Earthrealm’s defiance, Kronika, The Keeper of Time will bring order to the universe through any means necessary.

What’s my actual opinion on the changes to the fighting system? While some people might complain about the game’s new speed, I love it so far. The characters feel more weighted, and impacts are more satisfying. There is also less input-intensive moves to pull off so more players can use their characters full kit. The days of just spamming Scorpion’s teleport moves aren’t entirely gone, but I found my self punishing more brain dead Scorpion players than usual.

Overall, I enjoyed my time with the beta and had a lot of fun learning how the latest NRS functions. I think that players would complain even more if this game was just a reskin of Injustice 2 so I’m glad NetherRealm Studios was bold enough to switch up their winning formula. The presentation was above and beyond, but that should be expected from NetherRealm Studios games by now. Without having access to the full cast of character or even having a training room available, I can’t make any definite claims about the overall quality of the game. However, what I played this weekend was extremely fun, and Mortal Kombat 11 seems to be continuing the franchise’s deadly legacy!

The formidable fighter and master of ice, Sub-Zero is back and ready for kombat! Here’s a first look at some Sub-Zero gameplay. Mortal Kombat will be available April 23, 2019.

How to get and equip new characters in Genshin Impact 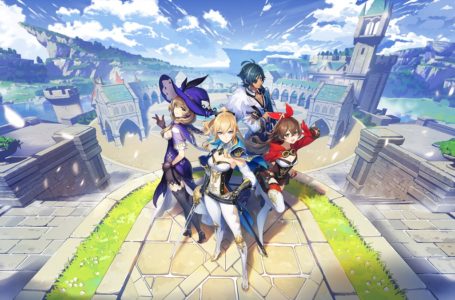 Is there mobile controller support in Genshin Impact?

How to get a glider in Genshin Impact

Why is the Genshin Impact download speed so slow?