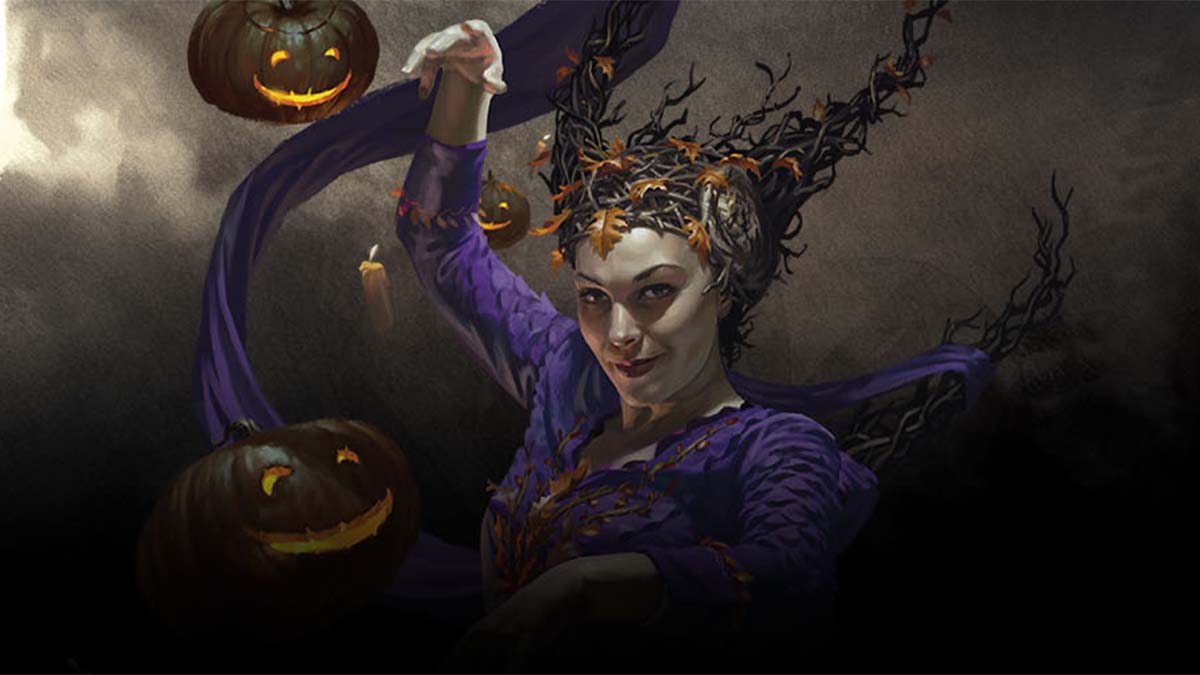 The COVID pandemic signaled the end of in-person events. Whilst many events have found homes on live streaming platforms like Twitch, tabletop games took a hit. Players could no longer gather in game shops or at friends’ houses to play their favorite card and board games. Wizards of the Coast came up with a solution for their popular Magic: The Gathering card game. We sat down with Wizards of the Coast senior designer Gavin Verhey to learn more.

Magic: The Gathering played on SpellTable

Magic: The Gathering (MTG) is unique in that it has both physical and digital versions of the magic. Magic’s digital game MTG Arena is popular among the Magic community. MTG Commander, however, is a popular format only available in physical form. Wizards of the Coast developed SpellTable, a place where players can come together online to play physical games.

SpellTable allows players to play the physical version of MTG from anywhere in the world. By using a top-down web camera, SpellTable uses image recognition to see which cards are being played. The platform also integrates audio and video. Up to four players are supported on SpellTable. To try this out, we got together with Verhey and other Magic players to test out SpellTable.

The platform allows players to set life points, click to enlarge cards, set their Commander, and more. If the platform cannot recognize a card due to the angle or resolution of the camera, players can search card names. SpellTable is very good at picking up cards; however — even the angled cards in the bottom left-hand corner had no issues being recognized.

Even though we will return to IRL play sometime in the (hopefully) near future, Wizards of the Coast states on its website that it plans to keep SpellTable and keep it available for “free forever.”

Magic’s Commander format is a popular player format. Unlike Arena, it uses a 99-card deck, plus a “Commander” card. Player decks are built around the Commander card, and there are no double-ups allowed, except basic land cards. These decks are easier to use than the meta decks used on Arena or in the pro-circuits. They aren’t on rotation, and thus, cards are rarely banned.

Verhey said the Commander format is the perfect format for new players to get involved, telling us that “the great thing about Commander is it’s so friendly, and really easy.” Verhey also told us people are more than happy to help out players, and even to take back turns.

Verhey said that “working on Commander is one of the most unique and one of the most ‘connected to the community’ ways that [he’s] ever played Magic […] it’s really awesome, it’s a totally social way to play.” It’s not just about sitting down to win, but it’s about having fun, showing off what your deck can do, and engaging with the community, he continued. Verhey told us, even if you lose, it’s still a lot of fun, laughs, and it brings people together.

The innovation of SpellTable through the pandemic has brought people together and “allowed folks to still play.” Verhey told us he was “worried” about Commander when the pandemic hit as Commander is the way the Magic community comes together to play. SpellTable has filled this gap for players to continue playing physical tabletop games.

Verhey has been at Wizards of the Coast for 10 years and has a wealth of experience in Commander. While Commander can be played with up to six players, SpellTable only allows for a maximum of four players. The Wizard’s team hopes that SpellTable draws players in and helps build familiarity with the format before returning to IRL play.

Verhey says he is very excited about the return of MTG to in-person competitions and events. “Magic is great, but it’s about the Gathering,” he said. But in the meantime, Verhey says Commander is a great way to play with friends over SpellTable.

While we’re all waiting for things to go back to normal, Verhey encourages players to grab any Commander deck that takes their fancy and start playing. Most pre-con decks will stand up to player-built decks. So even if you’re a new player battling veterans, you’ll still have a lot of fun and can be competitive. We asked Verhey for his favorite pre-con deck, the Lorehold deck from Strixhaven, a “red white deck that isn’t all about attacking.”

Verhey says there are lots of pre-con Commander decks to choose from. The team started making pre-con decks in 2011 and released four or five decks per year. Verhey also hinted at a new Dungeons & Dragons pre-con deck next year.

MTG Commander format is more simplistic, with no card double-ups and lots of life points. Due to this, many newer players are finding their way to Magic through this format. Since the launch of SpellTable and throughout the pandemic, Wizards of the Coast has noticed an increase in Magic players.

SpellTable has been a way for people to play physical games over the internet, letting Verhey meet numerous people that he is looking forward to meeting with IRL soon.

Even without SpellTable, Verhey says, “Magic has been doing amazing during the pandemic,” as groups of household members have been playing. Verhey says this is very rewarding to know that Magic has kept people who are “bubbling” together happy.

The Commander pre-constructed (pre-con) decks are great for new players, too, as Verhey told us. They come with everything you need to get started: deck, commander card, tokens, counters, quick rule guide, and a handy deck box.

Verhey says Wizards of the Coast has been making pre-cons for ten years and they’ve “learned a lot [and] put a lot of work and energy into [the Commander decks].” Commander is great for newer players as it’s self-balancing due to its multiplayer mode. Instead of the original Commander decks that were only one or two colors, the newer decks have a lot more “theming” or are built around a certain mechanic, card, or card type. For example, the deck above is a dragon deck that features several dragons.

MTG Commander is the perfect start to your MTG gathering journey. As Verhey mentioned, pre-con decks are a great way to get started as a Magic player. Luckily, there are several MTG Commander decks on sale right now. Grab your deck, log into SpellTable, and start playing online with your friends.