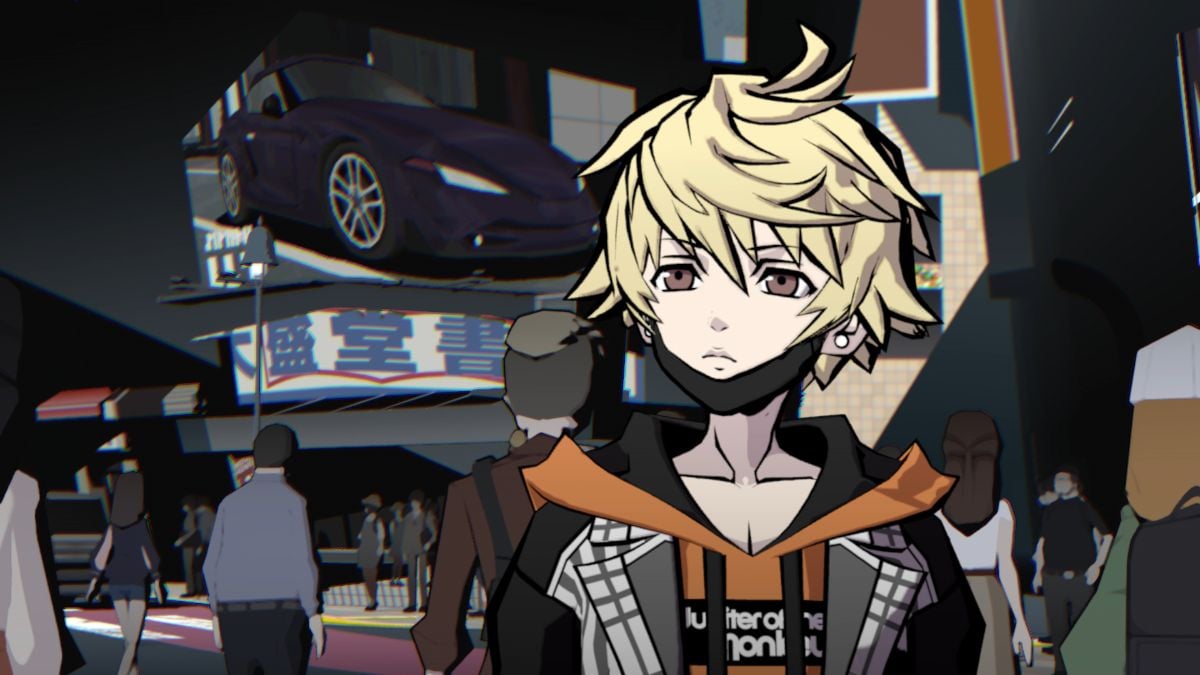 NEO: The World Ends With You is a tour-de-force of incredible art design with a stunning depiction of Tokyo, unique character designs, and graphic novel flair. However, from the five or so hours I’ve played so far from a 50-hour experience, the Square Enix game lacks substance within the combat system that’s too zetta fast for its own good.

In this RPG adventure, you play as a character named Rindo and his group known as the Wicked Twisters, who are trying to be the very best in the Reaper’s Game. While they are full of trepidation at first, the group comes together to overcome the puzzles and battles that await them. This grim tale is complemented by an amazing cast of characters that are written in a down-to-earth tone not often seen in Japanese RPGs. The voice acting also comes hand in hand with the impressive script that keeps you hooked into the intriguing narrative.

NEO: The World Ends With You is bursting in style. The art style looks ripped from an anime and looks like a graphic novel from start to beginning. The colors are extremely vibrant and will pop on your screen. What pulls you in further is the way in which the story is presented. Most cutscenes are portrayed in a comic book-like style with varying sizes of panels that help establish a conversation. It’s effective at making the writing compelling, even in scenes without voice acting.

The catchy soundtrack has a fascinating mix of hip-hop, rock, and funk. Most of the songs will be stuck in your head for the rest of the day. It makes us want to “shout out the melody” of every track.

Additionally, each character design from Tetsuya Nomura looks cool and makes sense with the person wearing it. For example, Rindo’s mask perfectly shows the quieter, conserved, and more tepid side of the character.

One of the most important parts of a JRPG is the combat system, and while it holds promise with the pins system, it often ends with a mindless button mashing experience. Each character in your four-person team has an assigned button attached to them. All of them provide unique skills and abilities to the table — some rapidly attack while others use charge moves to deal a heavy amount of damage.

While playing, you’re encouraged to combo together their attacks to dish out the pain. However, disappointment sets in when that strategy isn’t particularly needed. During the first five hours of the game, NEO: The World Ends With You isn’t challenging, even on the Hard difficulty. The strategic combat system that Square Enix has crafted falls by the wayside, as button mashing makes it easy to win battles every time. My HP level barely moved, despite putting myself on a lower level for a better pin drop rate. As I get further into the game, I hope that this doesn’t remain the case. So far, the combat is flashy, but there’s little substance behind it.

The pin system does have potential, however. You can level up and evolve your pins for more devastating attacks that look flashy while performed. They all have different quirks — for example, there is a pin that can chain an enemy into one place, while another is a long-range kick similar to Street Fighter’s Cammy. We can’t wait to see what else the game has in store for its pins.

While the narrative in NEO: The World Ends With You is compelling so far and the graphical style really pops on screen, the Excitement Ends With the mediocre battle system that doesn’t reach its potential.