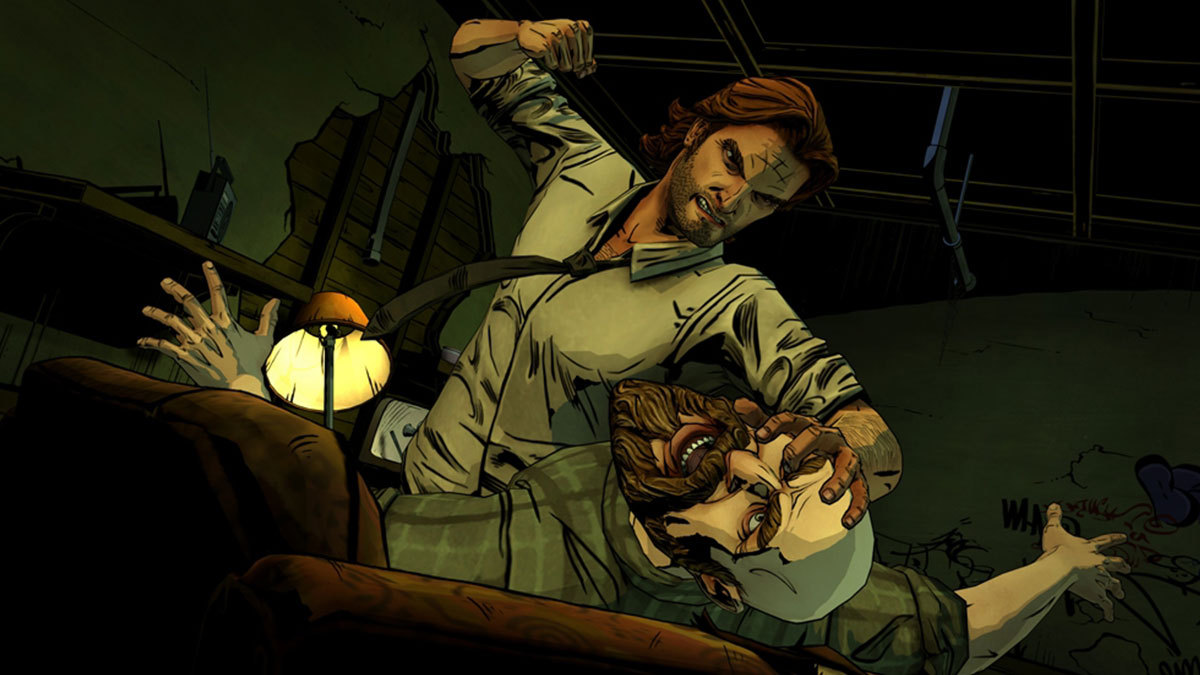 On September 21, 2018, Telltale Games died. The nearly 400 employees were told to get out; the company was shutting down. After the release of The Walking Dead: Season 1 nearly 10 years ago, in 2013, the company ballooned not only in popularity but in size, from about 80 people during The Walking Dead to about 400 when it closed.

The 2019 Game Awards heralded the announcement that Telltale was ‘back.’ It would partner with AdHoc Games, a studio made up of ex-Telltale devs, to help revive The Wolf Among Us. Throughout the pandemic, we haven’t heard much up until this past week when they dropped a new trailer.

So what exactly is wrong here? This should be a happy story, right? Well, this version of Telltale is nothing more than a corporate resurrection of a dead brand, though this is perhaps less fool-hearted than the Tommy Telorico led revival of the Intellivision. Instead, this is a genuine attempt to fool a community of players into thinking that Telltale is “back.”

Prior to its sudden closure, Telltale did dozens of IP deals similar to The Walking Dead. It was quite common to see press releases about new projects just as often as you see new episodes. Other companies would scramble to copy Telltale’s five-episode formula. For some, the episodic model would help launch a fantastic franchise like Dontnod’s Life is Strange. Telltale helped popularize the term ‘season pass’ as an all-in-one bundle upsell from just buying an individual episode or game. At a glance, it seemed like the studio was set for life.

Despite cultivating a wide audience across many different fandoms, Telltale hadn’t been profitable since its breakout hit. Every other game since then had lagged behind. Former narrative designer Emily Grace Buck explained possible reasons as to why in a 2018 piece from Gamesindustry.Biz:

“Telltale Games often got knocked for being very buggy and having a lot of frame skips,” said Buck. “Yes, we had some of those, but a lot of the time what people thought were frame skips or buggy parts of our engine, were actually scenes that had gotten redone so last minute, that there was no time to smooth out the cinematography or the animation…. what you were seeing was not a product of a buggy engine, but buggy management system.”

In May of 2019, video game documentarian Danny O’ Dwyer also spoke with Grace Buck, along with three other employees. The commonality among them seemed to be both A) a sense of love and solidarity with co-workers, and B) a general fear or frustration with the management team. That same management made the choice to not offer severance to anyone, simply giving everyone only two more weeks of healthcare in one of the most expensive areas of the US. In October of 2018, PC Gamer reported that the company was hiring people right up until a week before the studio shut down. This was a machine designed to run as long as it could, no matter the cost.

The only reason that Telltale’s last project released at all was because Skybound Entertainment — the rights holder of The Walking Dead — decided to rehire an essential team to get it out; meanwhile, the Telltale name and assets were sold to a holding company.

The company’s new CEO Jamie Ottile said, in a January piece with Game Informer,: “I couldn’t get it out of my head,” he continued. “After mulling it over for a bit, I decided to try to take it on myself and set about trying to raise some of the funds from my network of industry friends. It seemed like a great opportunity – good brands and a great game genre and legacy that should continue.”

“Opportunity” is an interesting word there — you had an opportunity to buy a fallen brand, and instead of using that opportunity to help bolster a new company, you set up a structure where you and ONE other former employee are in charge. Anyone else ever just get together with your friends and decide to make a multi million dollar holding company?

In that same piece in Game Informer, Ottilie would only simply state that “they are about 50% ex-Telltale” without giving a headcount. I don’t doubt that good faith efforts have been made, but in a just world, AdHoc would own the rights to this game and wouldn’t be stuck in merely a contracting support role. In a just world, AdHoc would be the studio able to buy out Telltale from a millionaire who’s just really a big fan. Even if work conditions are better, that doesn’t make them good working conditions. Per their Twitter bio, the company is still based around L.A., so it’s not as if the cost of living has changed all that much. Ottile can talk a big game about how he understands that he wants everyone to be treated fairly, but we must remember that standard in this industry likely means a terrible work-life balance.

I’m tired of an industry that relies on big, splashy publishers that choose to overshadow the development teams. I’m tired of watching people look at the Devolver Digital catalog and caring more about the branding around that than individual developers. I’m tired of pretending like studio acquisitions are a healthy practice when more often than not they leave everybody just as vulnerable as a sudden closure. Even when acquisitions seem to make sense, like when EA buys racing game giant Codemasters to buff up their sports label, we have no real understanding of how much that affects the people working there. All we can do is sit here and hope that people aren’t being mistreated by gigantic corporations using a “safe” brand to shield themselves from skepticism.

I want The Wolf Among Us 2 to do well, but that’s only because AdHoc deserves to be the ones who are celebrated. The developers deserve their chance to do what their bosses stopped them from doing. They deserve to make their games without constant fear of losing their jobs. We must continue to demand that things change — we must put the needs of developers ahead of the marketing of publishers.