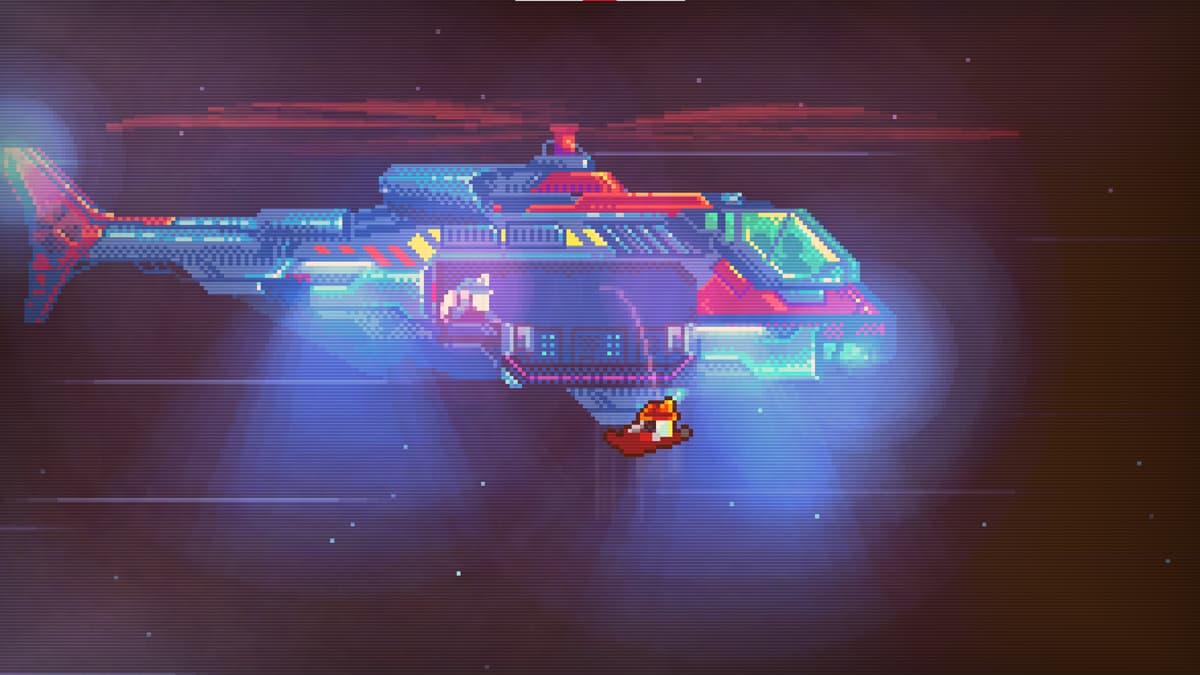 The name Sébastien Benard may not be a familiar one, but if you’ve played Dead Cells, you know his work. It’s perhaps one of the best indie games to release in the past couple of years and isn’t just another side-scroller Metroidvania. It’s a good and challenging title that keeps pushing you to try again and again — and the same can be said of Bernard’s follow-up, Nuclear Blaze.

After leaving Motion Twin in 2019, Bernard created Deepnight Games and produced Nuclear Blaze. You play a firefighter dropped into the heart of a raging fire at a mysterious facility. The game is inspired by elements of Dead Cells, but it also stands out as a unique and clever game with fun mechanics and explosive, if not frustrating combat.

The game doesn’t waste time building up a story to what started the fire or who you are. You don’t need to know, because you’re a firefighter; one of the coolest jobs ever. Bernard created the game for his son, and let’s face it — a lot of us wanted to be a firefighter when we grew up. You’re tasked with putting out the inferno spreading throughout a mysterious complex and are only armed with a trusty fire hose — no hatchet or any other equipment. The fire hose is your weapon, and it’s a good one.

You begin right outside the facility’s main entrance and delve deeper into it as you move along. In order to advance, you must douse flames in your path and avoid touching them at all costs. Running into any fire will end your career and you’ll start over at the beginning of the level. You’ll navigate a number of different levels, each with its own unique look and design ranging from secret government operations to cryptic scientific experiments.

All in a day’s work

The controls are very simple: you can jump, dash, climb ladders, and fire your hose. The fire hose is able to spray a jet of water in front of, behind, above, and below you. However, you need to keep an eye on how much water you have, as you can run out and will only be left with firing a short burst of water. The good news is that there are refilling stations throughout each level. You’ll also learn how to quickly dodge out of the way of falling debris and put yourself out if you’re fast enough. Working out where you need to go and how you need to solve each puzzle is exciting and never feels like a chore. You’ll even be rewarded for exploring and can find and rescue cats lost within the facility. They’re cute and cuddly and well worth the effort of searching for.

The main driving force of the game is to discover what caused the fire. To do that, you’ll have to put out fires on every level and advance to the next section. Areas are one large puzzle that have locked doors that open as soon as no more fires remain, wooden doors that can be smashed down, and card key doors that require access to enter. You will also encounter sprinkler systems that can put out flames that won’t stop spreading.

Fighting fires can be difficult and baffling. They can spread rapidly and may even appear where you’re standing if you’re not paying attention. Thankfully, you can find armor for your suit so you can take a hit and continue moving on. However, without the armor, any touch from fire or an enemy will send you packing. Unlike Dead Cells, each time you die in Nuclear Blaze, you don’t have to start all over. Instead, you will start at the entrance to whatever level you are on.

However, while knocking down out-of-control fires is a tough job, you won’t be doing it for hours on end. Nuclear Blaze is super short. It isn’t going to be a lengthy 15 hour game like Dead Cells or even nine to 10 hours like Metroid Dread. We completed our playthrough in just under three hours.

Another issue comes when dealing with the controls. They aren’t the friendliest as you only ever end up using Spacebar, Shift, and the Control keys. Since they are all in the same relative area on the keyboard, you may find yourself hitting an incorrect key and end up somersaulting into a raging inferno instead of dodging it.

If you just want to explore the complex and uncover the story without much of a challenge, Nuclear Blaze has great accessibility options. You can mess with the settings to ensure you never run out of water, have unlimited armor, and there is even a Kid Mode to make everything far less challenging.

At the beginning of Nuclear Blaze, you’re just a firefighter on a mission to put out fires and rescue cats. But as you move along, you become more of a detective with access to a fire hose and protective gear. The fire may be your enemy, but knowing what sparked it pushes you deeper into the complex. It’s a thrilling concept that can be tough but isn’t overly complicated like Dead Cells.

The similarities between the two games make Nuclear Blaze well worth checking out for anyone who enjoyed Dead Cells — though it doesn’t need the connection to make it great. The name recognition certainly helps when it comes to getting the word out, but take that away and Nuclear Blaze is still a wonderful game with a unique story and exciting elements.