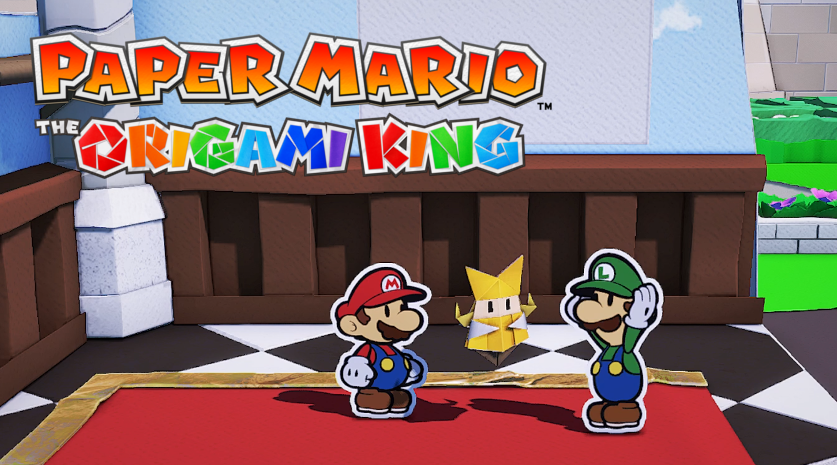 I, like many Nintendo fans, was quite worried when Paper Mario: The Original King was revealed a few weeks ago. I worried it would be another Sticker Star or Color Splash situation—and I worried about the direction of the series as a whole.

Let’s face it, Paper Mario hasn’t been the same since the release of The Thousand-Year Door on GameCube. The direction went from a core-RPG series with interesting companion characters to more abstract, artsy, different takes on the formula. It shifted direction from a platformer with a gimmick to a turned-based battle system that required constant collection of items to stand a chance.

So going into playing the latest entry of the series on Nintendo Switch, The Origami King, I was cautiously optimistic about what I was getting myself into. After all, the trailers up until this point had shown some promise with what appeared to be a return to glory for everyone’s favorite paper plumber. And after getting my hands on it, I can thankfully say that the game is an incredible return to form.

The Origami King has everything you could want as a traditional Paper Mario fan. Do you want the return of companions? Well, this game has them. Do you want turn-based battling with different items, abilities, and pacing? It’s all here, albeit with a twist in the new spinning, puzzle-based battle action that was shown in the recent trailers. It feels like a true return to what made the series so special, to begin with, with some nice additions that really bring the whole game together to make it a unique experience.

Granted, the world might not be as exotic or different as Thousand-Year Door offered, and the companions maybe aren’t as vast or as useful in The Origami King compared to their previous counterparts, but it all still feels like a step in the right direction.

The game is massive, and even 15 hours in, I feel like I haven’t even begun to scratch the surface. There is a plentiful amount of collectibles, secrets, and adventures waiting for players to discover. I went into the game expecting nothing and came out of it with a sense of optimism for the series moving forward. It is really that fun, and I can’t wait to dive back into it and see what else it has to offer.

Disclosure: A copy of Paper Mario: The Origami King was provided to Gamepur by Nintendo U.K.