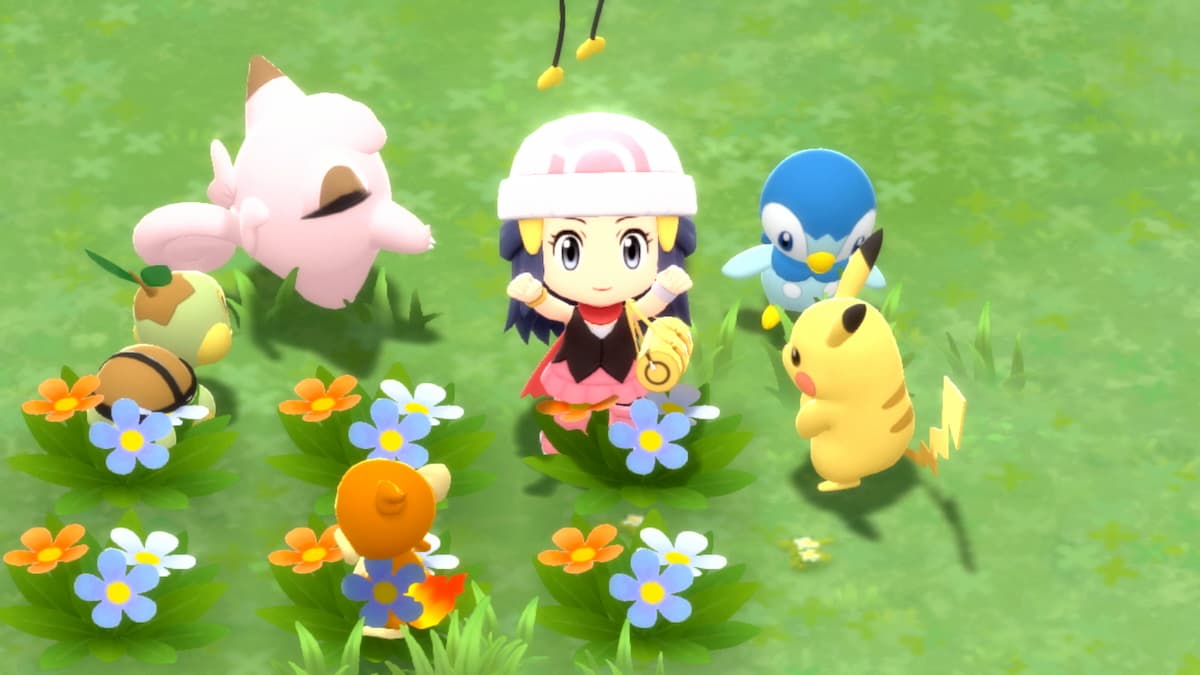 It’s easy to find comfort in the familiar, whether you’re rewatching shows or movies or starting a new playthrough of a game you’re intimate with. But when an older game is remade rather than remastered, there’s an opportunity to go beyond and reimagine something outdated in a modern context. But as much as some Pokemon fans wanted Pokémon Brilliant Diamond and Shining Pearl, these remakes for the Switch benefited little and will only provide comfort for those with unconditional affection for the originals.

If you’re someone like myself with few nostalgic thoughts and feelings about the DS classics, Brilliant Diamond and Shining Pearl will feel like nothing more than chores. These games are actually too familiar, and instead of reinvigorating interest in this era of Pokemon, it reminds you of the quirks and speed bumps of the series that you loathe. For lack of a more eloquent phrase, playing the unfortunately acronymed BDSP is like riding a bicycle — but here, imagine being thrown slow tutorials reminding you how to ride your bicycle for hours straight.

Remakes for Pokémon especially are a great way to introduce younger players into older generations of the franchise. Unfortunately, like so many previous titles, BDSP acts under the assumption that this game will be the player’s first. And unless it somehow is, be prepared to mash the A button at every dialogue prompt. At this point, these games should come with a baked-in option for veteran players to skip or fast forward these kindergarten lessons.

That’s only one aspect in which BDSP fails to modernize the old game to current standards, both within and outside the mainline Pokemon RPGs. But the return to a standard grid overworld and the chibi-like characters might be the worst offenders, going against what previous Pokémon remakes have achieved. Looking back at FireRed/LeafGreen, HeartGold/SoulSilver, and Omega Ruby/Alpha Sapphire, remakes are meant to bring an older title in line with the current generation, and at times, even refining aspects of the most recent game. While recreating Diamond and Pearl in the style of Sword and Shield may be a larger and possibly unviable challenge, the alternative provided by developer ICLA, taking over from Game Freak, is more than dissatisfying.

At the risk of sounding like a grump, the visual style of BDSP is overall unappealing. There could have been an opportunity to recreate the whimsy of the Link’s Awakening remake, which used a tilt-shift effect and had characters that resembled little figurines. Instead, the lack of detail in lighting and textures make the models in BDSP look more like Funko Pops, or something out of MySims for the Wii. And it goes beyond just the visuals — the music has barely received an update and inspires little grandeur, and even the Pokétch, an awkwardly named Pokémon smartwatch, is a good example of the lack of modernization. Whereas this remake could have brought Diamond and Pearl to the present day and taken some inspiration from the smartwatches of today, the Pokétech is aesthetically and functionally identical to the one from the DS bottom screen. A nitpick perhaps, but something exemplary of the problem at large.

Besides the banal requirements of the tutorials, BDSP lacks a lot of quality of life improvements and other conveniences from recent Pokémon games. For one, TMs are single-use again — but the half-measure solution here is to have NPCs provide you with multiple of the same TM instead of just one. At best, you can give BDSP credit for including elements like type-effectiveness labels in the battle menu, calling wild Pokemon to use HM moves for you, and the default use of Exp. Share — though the latter is still controversial amongst Pokémon fans.

It’s a soggy package that barely holds it together, one that feels like it was made out of obligation rather than affection. Looking back at Omega Ruby and Alpha Sapphire, many of the fan-favorite characters received redesigns and added personality. The Pokémon Company aggressively used them in cartoons and other promotional material — it all felt new, and to older fans, there was a sweetness to this brand of nostalgia. With Brilliant Diamond and Shining Pearl, this nostalgia instead seems to be characterized by cynicism. This release feels like an also-ran, something that will be forgotten instantly when the next title releases. Functionally, BDSP serves little purpose, with no connectivity with other titles at the time of launch.

A bolder option may have just been to devote all resources to the upcoming PokémonLegends: Arceus from Game Freak; if a full 3D remake of the Sinnoh games was unpractical, then simply having Legends, a semi-open world prequel, could have been a surprising and markedly different way to pay tribute to the Sinnoh lore. The fact that this ambitious game is coming barely more than two months after maligned 1:1 remakes of Diamond and Pearl is laughable and makes BDSP look like a stopgap than a project that came from any spark.

I won’t pretend that I understand the intricacies of game development, especially in regards to Pokémon — I’m sure The Pokémon Company can’t simply press a button to reallocate resources and automatically make Legends better by sacrificing BDSP. But playing the game myself — and having a hard time finding any motivation to finish it — this release can barely justify itself.

One can detract the Pokémon series forever about being an old, tired horse on its last legs. However, for all the flaws of any mainline Pokémon title, there’s always something to take away from the experience. But for once, I feel as if Pokémon Brilliant Diamond and Shining Pearl truly did not have to exist.