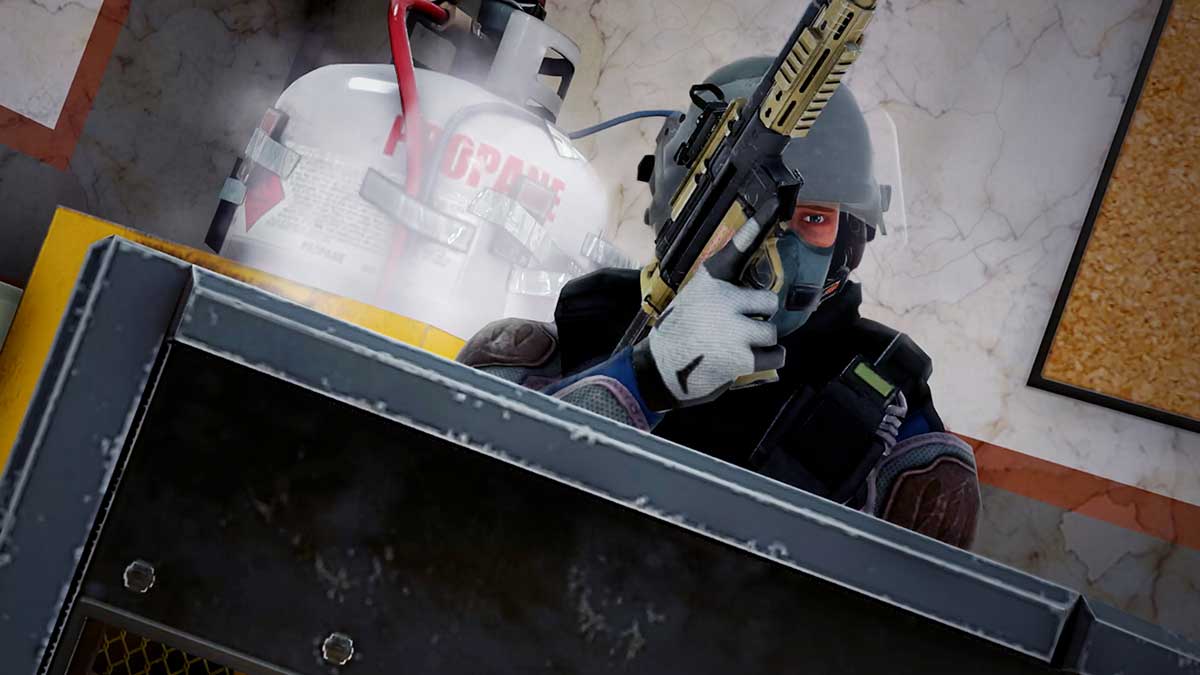 Rainbow Six Siege has undoubtedly been a massive success for Ubisoft since it released in 2015. I remember playing it back then with friends and having fun with it. I think if you talked to anyone that played it casually back then, they would be surprised to hear that it is still going strong today. Constant updates with new playable Operators, a dedicated esports league, and even a spinoff with Rainbow Six Extraction have shown that Ubisoft is not afraid to show their support for the game. That support has continued with a new version of the game coming to your cell phone.

Rainbow Six Mobile is a port of Siege that’s been modified and cut down to run on your phone. The Closed Alpha has a smaller roster of playable characters who all feel about the same from Siege, and the mechanics work similarly as well, just from a phone screen. In short, you should have a pretty good idea of what you are getting into if you’ve played Siege already.

While the Siege experience has been transferred to your mobile device, this by no means is, or ever will be, the definitive way to play Siege. Playing a first-person shooter with your phone display is not as intuitive as with a controller or keyboard and mouse. While you can decide the layout and sizes of the button icons, it all clutters up the screen. That may not be an issue for someone who only plays mobile games, but for someone who prefers to have the feedback of a controller in your hand, this is hard to get used to. That being said, if you do not have access to the xCloud version via Xbox Game Pass Ultimate, this is not a terrible alternative to play the game on the go.

Related: Can you play Rainbow Six Mobile with a controller? Answered

When the round properly begins, both sides have one life to eliminate the opposition or complete their objective before time runs out. You can shoot through and destroy weak walls to give yourself a better vantage point, or sneak and lean around corners to protect yourself better. The biggest challenge here is getting used to playing a game like this on your phone. Between the on-screen buttons and my meaty fingers getting in the way, I found it difficult to focus exclusively on what was happening in front of me.

As inoffensive of a port that you can get

During the Alpha, each match played out as a best of three Bomb or Secure match on the map Bank. Unfortunately, to this point I have not played any games against real players. To make matchmaking quick, all lobbies were filled with bots who are some combination of completely unaware of their surroundings and automatic headshot machines. When you walk in on an enemy bot, they will stare at you or a wall for a couple seconds before instantly turning and downing you. It makes gauging the competitive atmosphere of the game impossible at this point.

Before each round, all five team members choose who they will play that round. Each Operator has a unique ability that makes them stand out from the others. Kapkan places traps on doors and windows, Twitch deploys a drone that can shock and deal damage, and Thatcher can destroy reinforced walls. From what I’ve seen, all returning characters are exactly the same as the console and PC versions of Siege. The biggest change I noticed in the game is with loadouts. You can no longer choose between two guns when you enter the match. Every Operator has a specific starting weapon that can not be changed.

In action, what more is there to say than Rainbow Six Mobile plays like Siege? If you like that game, you will likely enjoy it here as well. Defending teams set up their defense, while Attackers use drones to locate the objective and reveal Defenders. I actually loved controlling the drone with my phone because it gave me a sense of immersion I was not expecting. Every character controls their drone with a smartphone-like device, so I enjoyed how much of that aspect of the game transferred over.

Overall, Rainbow Six Mobile’s Alpha is a strong start for a new direction for Siege to go in. The original game is good to begin with, so it translates into a good game here. This is not the best way to play and never will be, but if you are away from home, without a controller to play the cloud version, this can scratch that itch at least for a little bit. As more people get their hands on the game and more content is released, the experience will undoubtedly get better, if the original game is any indication of the future here.