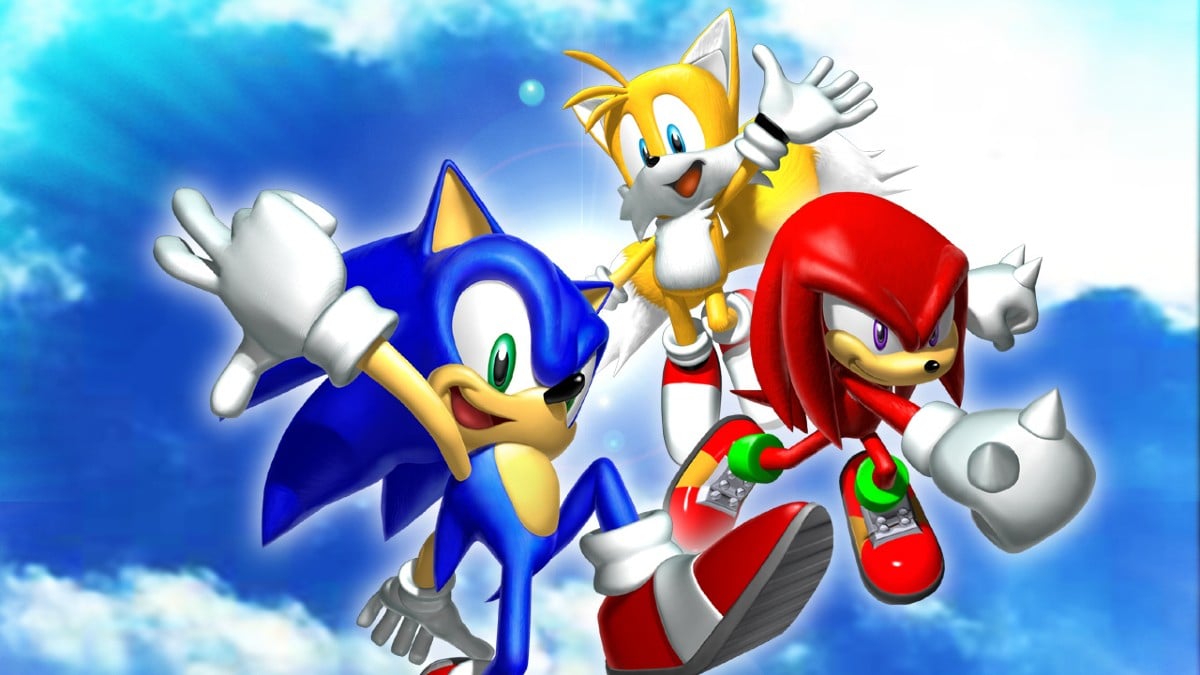 One night in November 2003, a demo for Sonic Heroes caught my eye as I made my way through the video game department of Walmart. I had only been a Sonic the Hedgehog fan for a couple of weeks, thanks to my then 8-year-old cousin Nicholas reintroducing me to Sonic Adventure 2: Battle on the Nintendo GameCube nearly 18 months after playing that demo at Circuit City. What drew me to Sonic Heroes was not only how handsome my nearly 10-year-old brain believed Sonic was compared to Justin Timberlake, but most importantly the teamwork gameplay mechanic not employed in the previous game. Where Sonic Adventure 2 contained individual levels tailored to each character’s skill set, Sonic Heroes allowed players to play as three characters interchangeably in four different teams (12 characters in total), all putting their heads together and using their unique strengths — Speed, Flight, and Power — to their advantage to save the world from Dr. Eggman and his minions.

I played the Sonic Heroes demo on the GameCube, which made me think that the game would be a GameCube exclusive like its predecessor, which originated on the Dreamcast, the console that attained popularity with Sonic Adventure but ultimately led to Sega ditching the console production business altogether. Two months later, I found out from a Sonic X sweepstakes commercial on Fox Box (later renamed 4Kids TV) that the game was made for Xbox, PC, and PS2 as well, which made me excited as I had the latter console. Not only that, but Sega set the standard for future Sonic titles, releasing them on multiple platforms in lieu of only one console.

Eighteen years have passed since Sonic Heroes released in the U.S. not even a full week into 2004. To this day, it is one of a few Sonic games made in the aughts that has not been re-released onto modern consoles in any way, shape or form. That infuriates me, as I was forced to relinquish my PS2 to one of my aunts two and a half years ago while my copy of the game is collecting dust on my bookshelf. Sega managed to port Sonic Adventure, Sonic Adventure 2, and Sonic Unleashed over to PlayStation Now, Xbox Game Pass, and Steam. (The latter game still doesn’t have a PC port despite constant audience demand, but that’s another story.) It even gave the Wii-exclusive Sonic Colors the privilege of being remastered for modern consoles over a decade after its release. It’s here that I am asking Sega and Sonic Team to please, pretty please with a Chaos Emerald on top, port Sonic Heroes to current-gen consoles.

Porting Sonic Heroes to current-gen consoles will give fans such as myself the excitement of experiencing the release of a Sonic game on multiple platforms all over again. From 1991, Sega maintained a pattern of releasing Sonic games on a single console, mostly the Genesis (Mega Drive for international players), Sega Saturn, and Dreamcast, even as other new consoles came onto the scene, such as Super Nintendo, Nintendo 64, PlayStation, Xbox, PlayStation 2, and Nintendo GameCube. It was only after the release of the GameCube in 2001 that Sega decided to port Sonic Adventure 2 from the Dreamcast to the cubical platform and that platform only.  That excluded fans whose economic capabilities prevented them or their families from buying the console in an effort to introduce younger players to the Sonic franchise. Once Sonic Heroes started going into development for the next 20 months, Yuji Naka broke tradition and exposed the younger generation by releasing the game to the GameCube, PS2, and Xbox. He didn’t want to restrict the game’s availability to fans who have been with the Sonic series since day one and only own a single console. In doing so, he allowed people to enjoy Sonic Heroes regardless of the console they own, thereby paving the way for future Sonic titles to be made on multiple platforms. That’s part of what made the game so special.

Sonic Heroes was unique because players could play as three characters in all four teams within their own campaign. Each team all goes through the same 14 levels and seven boss fights (a few in which they fight each other). As I mentioned earlier, the Sonic Adventure games contained levels that were tailored to each character based on their skill set and their personalities. For example, Sonic’s levels involved speed, whereas Knuckles’ levels dealt with treasure hunting for the lost pieces of the Master Emerald, a role Rouge took over in Sonic Adventure 2. The personalities of the characters manifested in the music composed for their levels, with rap music playing in Knuckles’ levels, bossa nova in Rouge’s levels, and alternative rock in Sonic and Shadow’s levels. In Sonic Heroes, however, all the levels play the same songs no matter which team you’re playing. Every team even has their own theme songs. Fun fact: Team Rose’s theme song “Follow Me” by Kay Hanley is the only theme that doesn’t mention the names of the characters it’s dedicated to. That’s not to say that the other theme songs are childish, it just should’ve been on the radio given Hanley’s history of writing music for rom-coms like 10 Things I Hate About You and Just Like Heaven. Sadly, it didn’t. They’re all headbangers regardless.

Since the theme of Sonic Heroes is the power of teamwork, the control schematics were set up for players to toggle between three characters. Speed-type characters, like Sonic and Shadow, are able to perform attacks that lock onto enemies, dash through lines of Rings, and form whirlwinds that either send enemies flying and falling on their backs or climb up poles. Flight-type characters, i.e. Tails and Rouge, can fly temporarily and attack enemies using Thundershoot, which blasts your teammates like rocks from a slingshot. Power-types, i.e. Knuckles and Big, can break through walls and other solid objects and glide up air gusts. Team glides differ between teams in hilarious ways. Team Sonic and Team Dark form love triangles just like skydivers, while Team Rose relies on Big using his umbrella to levitate a la Mary Poppins. Team Chaotix, a trio of detectives reintroduced for the first time since Knuckles’ Chaotix, relies on Vector’s bubble gum to lift them up. These team mechanics made Sonic Heroes an influential game on the rest of the series, including Sonic Colors.

Sonic Colors, recently re-released under the remastered title Sonic Colors: Ultimate, gives the team mechanic a colorful twist. Sonic runs through Eggman’s interstellar theme all on his own, but calls on the power of Wisps to help him get to places he wouldn’t otherwise reach or set him on an alternate path. To name a few examples, the Cyan Wisp turns Sonic into a laser to reach certain areas and destroy enemies faster than he runs, the Yellow Wisp allows him to drill underground, and the Jade Ghost (a new Wisp made exclusively for Sonic Colors Ultimate) lets him fly through walls and other solid objects a la Danny Phantom. All of the Wisp power-ups are picked up along the way and used on command, methodically, until their power gauges are depleted. Their gauges are refilled when you collect the same species of Wisp or get a different one that’s appropriate for the environment in which they’re placed.

Although most fans went straight for Team Sonic upon booting up Sonic Heroes — I was one of them — players who were new to the Sonic series didn’t have to go in cold, as each team had varying levels of difficulty. Team Rose is the best campaign to start with. It begins with a tutorial at Sea Gate that explains the aforementioned team-based mechanics for younger players to ease into. The tutorial also teaches the concepts of Power Cores, little orbs you collect for each team member so that they can become powerful enough to beat down Eggman’s robots in little to no time at all, depending on their size, and Team Blast, which is a special move that attacks all enemies at once when they are too many. Team Sonic and Team Dark are geared for moderate to expert players, although the latter team is more crowded with Eggman’s robots than the former. Team Chaotix’s difficulty level is hard to pin down because all of its levels are mission-based, sending players on a hilarious goose chase to find a set number of items, like hermit crabs, poker chips, keys, Chao, and for some reason, blowing out torches. Every stage has a hidden key that can be used to unlock Special Stages, which were brought back after being absent in the Adventure games. Unlike the rotating labyrinth special stages in the classic Sonic games, these special stages involve running through long tunnels to collect rainbow spheres and Chaos Emeralds, which are needed to unlock the last story.

Each storyline carries a different motivation for all four teams, as well as a balance of drama and humor. Team Sonic’s goal is simple: Stop Dr. Eggman from taking over the world with his ultimate weapon in three days. Team Dark wants to exact vengeance against Eggman for various reasons — Shadow has a Jason Bourne-esque case of amnesia where he can’t remember anything that happened in Sonic Adventure 2, including teaming up with Sonic to stop the Space Colony ARK from crashing into Earth. Omega, the last and most powerful of Eggman’s E-Series robots, is stark-raving furious at his creator for decommissioning and imprisoning him in his base. Rouge wants to find valuable treasure, as usual. Team Rose goes on a mission to find Sonic after Amy spots him in a newspaper photo carrying Froggy and Cheese’s Chao brother, Chocola, whom Cream and Big say have gone missing. Team Chaotix is given a job by a mysterious client who turns out to be none other than Dr. Eggman. The last story confirms that the Eggman all the teams have been chasing down was nothing but a decoy created by Neo Metal Sonic. His master plan is to copy all their biometrical data and combine them with the power of Chaos to become the most powerful mech to kill his namesake. It’s there that Sonic decides to face him with the power of the Chaos Emeralds, which turn him into Super Sonic, and his friends by his side — the real superpower of teamwork.

The only reason Sonic Heroes was able to be played on all multiple platforms in the first place is because Sonic Team used the RenderWare engine to program the game to run on the PS2, Xbox, and GameCube effortlessly. Then again, the PS2 version ran at half the frame rate the other two versions did, because it didn’t have enough processing power to run the game at 60fps. Sonic Colors: Ultimate was able to be ported to current-gen consoles thanks to the Godot engine, which enhanced the graphics and increased the frame rate by double what it was on the Wii. Even so, with the ability to play as three characters at once in four teams, a balance of humor and drama in a merging storyline, not to mention Shadow being brought back to life, Sonic Heroes is just as worthy of being brought out of moratorium as Sonic Colors. I understand that Sonic Colors was remastered to appeal to younger generations of Sonic fans, especially after the release of Sonic Mania, Sonic Forces, Team Sonic Racing, and the Blue Blur’s theatrical debut. That’s all the more reason Sonic Heroes should be translated to current hardware. That way, those fans would get a history lesson on how the team mechanics carried over to the aforementioned games. Please Sega, I don’t want to keep begging my aunt to give me my PS2 back. 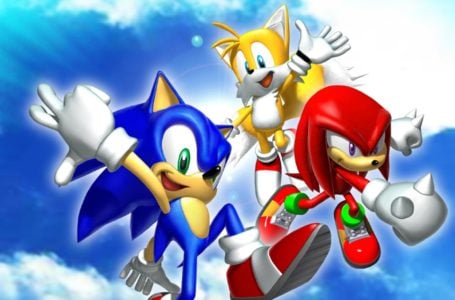 When will the Movie Star update release to BitLife? 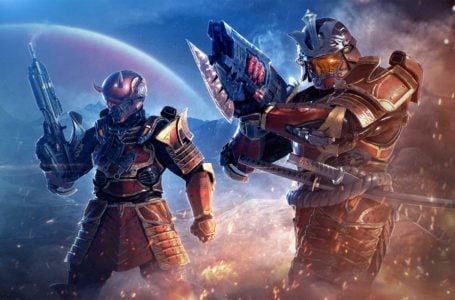 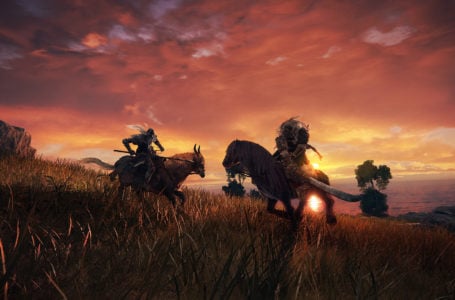