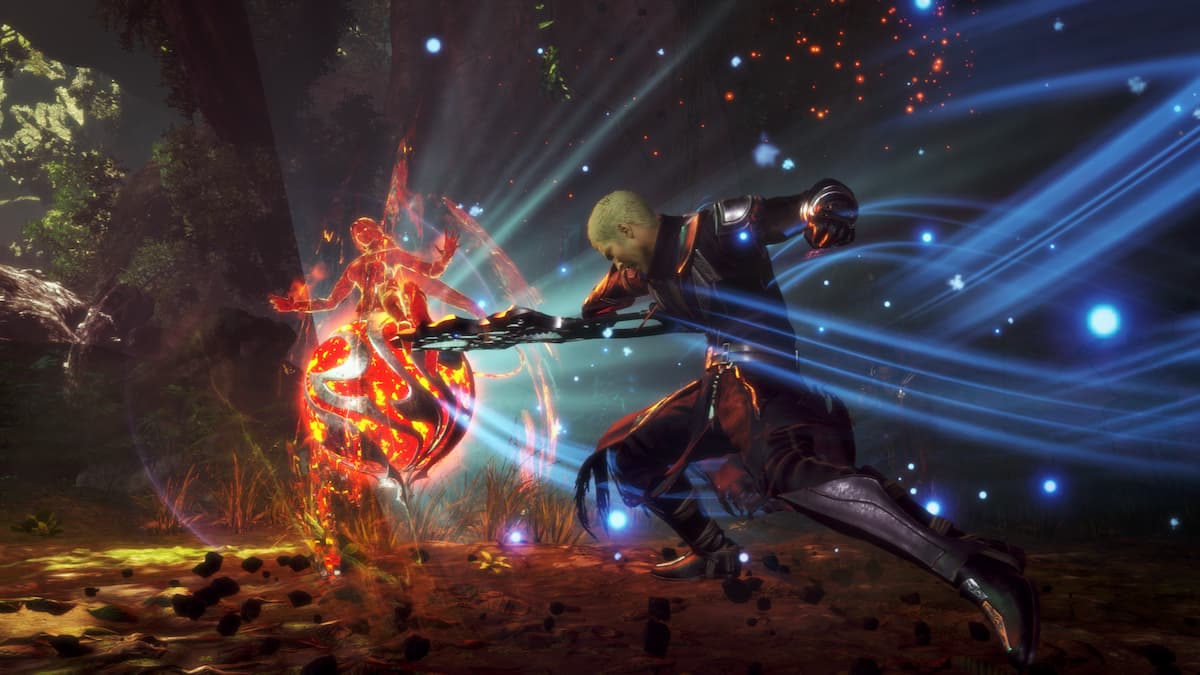 Chaos jokes aside, Team Ninja is onto something with Stranger of Paradise: Final Fantasy Origin, its action-heavy take on the Final Fantasy franchise. With a lineage that includes Ninja Gaiden and Nioh, the developers are no strangers to deep combat and role-playing systems. It’s unfortunate that this promise is so hastily held together by such unrefined technology.

This demo caters to both audiences in a marriage perfectly suited to anybody looking for a heavy dose of “vidyagame”. It features the expected light and heavy attacks mapped to the controller’s right shoulder button and trigger, respectively. As expected with any action RPG, there’s a stamina-like break gauge that can be whittled down by inflicting damage for instant takedowns on foes via the Soul Burst mechanic.

Beyond this, more unique systems such as the Soul Shield illuminate the game’s intertwined nature. Players can expend their break gauge to block attacks, itself a distinct system from standard blocks. Successfully blocking via the former method increases your max MP. Some enemies, though, have abilities that can be banked and used later. These abilities don’t consume MP, but attacks mapped to the right trigger do. MP is filled by dealing damage or finishing enemies off with a soul burst.

These meters and systems also play into the dense job system, with each job ranging from duelist to mage having a different association with the core combat systems. This is further honed in through a robust loot system. There is so much to dig into.

If only that solid foundation wasn’t hampered by a performance profile that feels ripped out of 2006. June’s trial demo ran at 1080p on PS5 regardless of whether it was set to “performance” or “resolution” mode without any form of reconstruction. A raw 1080p image with little to no anti-aliasing is not what should be expected of a next-generation console.

To be fair, resolution is one small piece of a greater whole. Pixel counts don’t tell the entire story. With developers having to balance CPU and GPU resources, the resolution is likely the first sacrifice a developer makes to ensure other aspects of a game’s rendering pipeline remain intact within their allotted frame-time budget.

The issue stems from Stranger of Paradise’s asset quality. Every aspect of its rendering feels like it belongs in a PlayStation 3 game. Character models, hair rendering, lighting, bloom intensity, and even geometric complexity feel appropriate for that era of consoles.

A game like Returnal natively rendered at 1080p on PS5, but it was pushing much better visuals, which include ray-tracing, along with advanced particles and physics interactions. On top of this, though, that native resolution is reconstructed to 1440p before using a further checkerboarding pass to output at 4K.

Stranger of Paradise’s 15-year-old assets shouldn’t be running at such a low resolution on a modern console. Some areas in the demo are so blurry and riddled with so much aliasing that parsing between bits of the scenery becomes difficult. Unlike the original trial demo, the “resolution” mode does work.

Image quality shows an appreciable boost, though it’s still much softer than you’d expect. It’s also borderline unplayable. Without access to framerate analysis tools, I’m confident in saying the majority of the demo runs at sub-30 FPS in this mode.

On one hand, you have a practically unplayable resolution mode offering mediocre image quality. On the other hand, there’s a more playable performance mode with worse image quality. Even with the sacrifices though, performance mode still suffers from an unstable framerate. No matter which performance profile users pick, Stranger of Paradise: Final Fantasy Origin feels inadequate. It’s difficult to reach a flow state when players are constantly wrestling with the game’s technical underpinnings.

With only five months until launch, as developers continue to take feedback from the demo and make much-needed optimizations across seven consoles in addition to PC, Stranger of Paradise: Final Fantasy Origin’s technical output is worrying. If it’s this bad on PlayStation 5 and Xbox Series X, one has to wonder how last-gen consoles will cope. The final release needs the polish befitting of its genuinely exciting gameplay.