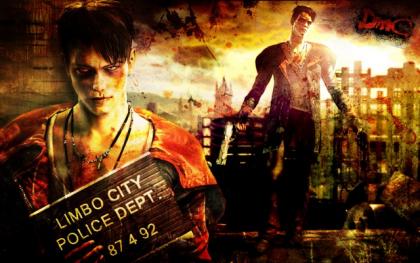 There are thousands of characters associated with video games. Many are memorable. Many stay with us long after we finish playing the game. Some are the main characters, others the antagonists, NPC’s or companions to go a-questing with. But a very few stand out from crowd. There are a handful of video game character than can be dubbed the best video game characters of all time. Here’s a look, in no particular order, at some of the greatest, most unforgettable characters ever to appear in games.

When I say Dante I mean the real Dante, not the Twightlight edition Dante from the last Devil May Cry game. Dante from PS2 days was everything you were looking for in a half demon hero. Giant sword, awesome, able to take on slews of bad guys in a single blow. And he didn’t look like a sparkly vampire or misunderstood goth teen.

Samus also makes the top of the list when it comes to awesome video game characters. But like with Dante I’m not talking about the wishy washy, overly girly Samus from the newest Metroid titles. I’m talking about the awesome, destruction creating Samus from the early days of Metriod. You know, the ones where you didn’t know the character was a girl until she took off her suit. Yeah, now that was an awesome woman.

He may not be the nicest guy. Okay, scratch that. Kratos has little to no regard for human life and will go to any lengths to kill someone that he views as his enemy with no regard to their status as mortal, immortal or anything in between. But we love him anyway because he’s our cold, devil may care, murdering Spartan.

Mario is a true testament to time, first being seen in the original Donkey Kong, back when he wasn’t even named. Since then Mario has proved he’s a real trooper, rescuing that darn princess over and over, visiting outer space, winning car races and pretty much every other thing you can think of. But the real reason Mario has stuck around this long is because every gamer has a soft spot for this trusted, loyal friend.

Anyone who can dive off the top of a sky scraper like church steeple into a tiny pile of hay and manage not to get killed has a vote in my book. This light footed assassin has no trouble scaling builings, hiding, blending in with crowds and making sure that his enemies are killed as silently as possible.

This gun totting geek is everyone’s hero. Half Life doesn’t give us the macho gunslinger but Gordon Freeman, a nerd with the degrees to prove it thrust into a situation where he must take up arms. Gordon’s a real guy players can relate to. Even though he’s been featured in many fewer games that characters like Link or Mario, but he’s become an icon in the gaming world nonetheless.

Sure, Link may not have that much to say, but that doesn’t mean that he isn’t one of the best video game characters the world has to offer. Always defeating evil and saving Zelda, he is the loyalist of loyal swordsmen you could find.

Snake is just about the coolest secret agent you’ll find. We’ve seen him age and grow into a better and cooler spy game by game. Sniping, sabotage, hiding in air ducts, nothing stops Snake from getting his guy – or out of a sticky situation. His best move? Hiding under a plain old cardboard box – where does he get them from? – and sneaking slowly across a room.

One of the best characters in video game history isn’t even flesh and blood at all. GLaDOS entertained for hours with her tendencies to lie and growing psychosis. The crazy device with artificial intelligence will ever remain one of the best video game characters of all time.

So there you have it, ten of the best characters ever to grace the wonderful world of gaming. If you don’t recognize a name or a game, get out there and fix it pronto! These great characters and their respective games and franchises aren’t the kind of games that you want to let slip through your fingers.