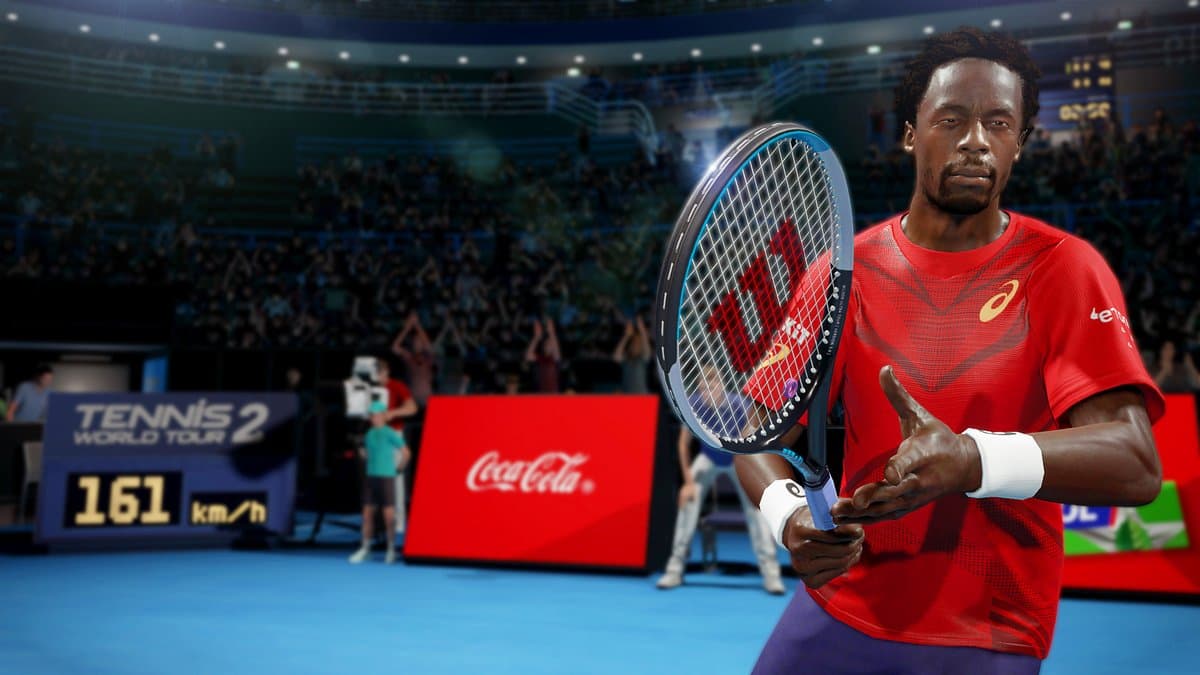 Nacon and Big Ant Studios’ Tennis World Tour 2 launched on current-gen consoles in September. Six months later, a next-gen version went live. Players can get their serves and volleys on with an Xbox Series X or PlayStation 5, but is the new next-gen version worth the upgrade? It’s complicated, but Tennis World Tour 2 shows the same cracks that other sports games have dealt with over the transition to a new generation of consoles: there’s very little that’s next-gen about it.

Tennis World Tour’s next-gen gameplay is a mixed bag. Its serves and movements animations are, for the most part, fine. There are a few awkward animations, particularly when the ball is farther away from the player, but that’s really the only noticeable issue. The controls are not too hard to master, nor are there any major hiccups with the game’s physics engine.

However, the game really doesn’t look or feel like a next-gen title. The graphics are a bit better, but they’re comparable to the current-gen version, which is a bit disappointing considering the six-month span between the two. This is very similar to the state in which many other “next-gen” sports games have launched, including the biggest hitters like FIFA 21 and Madden 21.

Cleaner and better graphics alone can’t be the main selling point of a so-called next-gen release. Quality gameplay and attention-grabbing features must be the focus. We’re looking for a truly next-generation experience, but so far, no game has offered it, and six months out from the release of the PS5 and Series X, that’s a big disappointment.

One trend that has made it over to Tennis World Tour 2 is a new competitive card game feature. Following games like FIFA and NBA 2K, Tennis World Tour 2 has added Skill Cards, which you can obtain via in-game currency. Skill Cards are equipped and provide various boosts, including stamina increases and improved velocity on shots.

Cards are acquired through packs purchased using currency obtained by playing through the various game modes. It’s important to note that these cards are not true microtransactions since they aren’t bought with real cash, but this feature does add a CCG element to Tennis World Tour. And we all know what that means for Tennis World Tour 3.

It’s interesting, and to a certain extent disappointing, to see a collectible card game incorporated into this title. You can shut the feature off, so if it’s not your thing, you don’t necessarily need to worry about it. The issue is that, in theory at least, the time and resources spent working on Skill Cards could have been used on other parts within the game.

The trend of CCGs invading sports games won’t stop. I expect collectible card games within sports titles will expand even further in the coming years. Some people enjoy them, and there’s money in it for the developers and publishers. That’s fine. But the time and resources spent on CCGs could undercut other modes and the overall gaming experience.

Tennis World Tour 2 next-gen didn’t break the mold compared to its current-gen version, and the same can be said about FIFA 21 and Madden 21. This is good news for sports fans who haven’t been able to get their hands on a next-gen console, but what about those who do have one and want a true next-gen experience? Should we really be all that excited about improved graphics when the gameplay and features remain stagnant?

All eyes will be on the FIFA, Madden, and NBA 2K brands as they reveal their next yearly releases. Given the current global landscape and how much COVID-19 has affected daily and work life, it will be interesting to see how different next-gen and current-gen games will be in 2021. It’s very safe to assume there will be big changes, but will the quality of the next-gen games be worth the hassle of scouting around for a $500 console?

Tennis World Tour 2 itself isn’t bad. The gameplay is fine on its own. However, if you already have the current-gen version, that’s all you need. And that, really, is the problem.