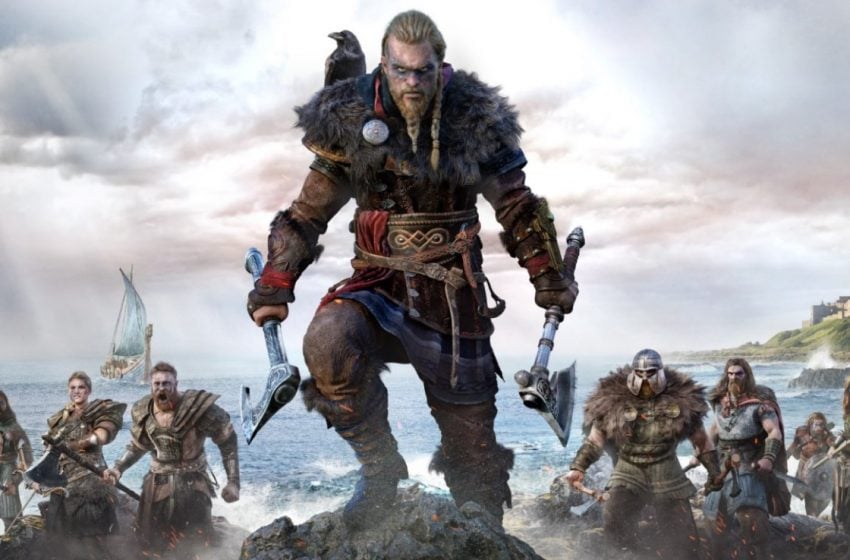 With Assassin’s Creed Valhalla expected to release holiday season of 2020, being whisked away to a time where fur was cool, and throwing axes was a skill you could put on your resume, the need to roleplay as a Viking is more fierce than ever. We need axes, blood, honor, and, more importantly, perfect beards. You can’t be a Viking without a thick, braided beard. Or better yet, save yourself a night in jail with a Viking-inspired video game.

But one game can’t encapsulate everything there is to be a Viking. Sure, pillaging was part of it, but so was trading—an often overlooked fact—and diplomacy when necessary. And you can’t forget about Norse mythology, rich in stories that have been at the heart of hit titles. We’ve compiled a list of eight of the best Viking games you can play right now while you wait for Assassin’s Creed Valhalla to release. These range from goofy side-scrolling adventures to powerful, story-driven masterpieces.

You can’t step into Viking territory without talking about God of War (2018). After leaving the Greek pantheon in ruins, Kratos has made a new life in ancient Norway. He settled down, grew an excellent beard, had a son named Atreus, and several years after became a widower. With his son growing into his own, and Atreus’ mother now dead, together they set out to sprinkle Kratos’ wife’s ashes from atop the tallest mountain.

While some Viking-inspired games aim for historical accuracy, God of War embodies the fantastical world of Norse mythology, where the Norse pantheon is very much alive. When the Stranger forces their journey into overdrive, Kratos is yet again faced to face with the fact, more often than not, the gods truly are terrible. And when Papa Kratos feels threatened, he’ll cut down anyone if it means the safety of his son is secured, even gods.

Mental disorders of any kind can be greatly misunderstood, leaving those who suffer feeling isolated. Hell: Senua’s Sacrifice wraps the pitfalls and struggles of mental disorder, specifically psychosis, that many people today deal with into the game itself. It’s as much a cinematic experience as it is an awareness of psychosis.

You control Senua, a Pict warrior, as she attempts to cross into Helheim, face the goddess Hela, and save her lover’s soul. Throughout her quest, you’ll see as she struggles with the “Furies” in her mind. They comment, bicker, compliment, degrade, and laugh about the decisions she makes, and even go as far as to try and trick her, all the while being followed by the Darkness.

This game might be 18 years old, but Age of Mythology takes what was great about Age of Empires and gives it mythological skin. The Norse are only one culture out of five that you can play, the others being Greek, Chinese, Atlanteans, and Egyptians.

Gather food, wood, gold, and favor. Build homes to increase your maximum number of settlers, followed by soldiers and walls to protect your home. More importantly, summon gods like Heimdall, Skadi, and Tyr, and wage war on nearby settlements.

The Banner Saga, and its sequels, prove that video games are indeed an art form. This tactical RPG revolves around your choices as you pull your caravan across a harsh, but colorful world inspired heavily by Norse mythology. The most beautiful aspect of The Banner Saga is its hand-drawn animation, and each scene is carefully created to match the decisions you’ve made.

Back in 1993, a studio by the name of Silicon & Synapse developed The Lost Vikings. It’s a goofy puzzle-platform that has you controlling three Vikings—Erik the Swift, Baleog the Fierce, and Olaf the Stout. Using all three Vikings is integral to completing each sci-fi level, like Erik’s ability to jump and crash through walls, Baleog’s melee and ranged weaponry, and Olaf’s shield that can block, be used as a hand glider or allow Erik to reach higher locations.

The Lost Vikings is what you would call “fish out of water,” as each level takes you deeper into the intergalactic zoo of an alien ship, which the Vikings are one of many on display. It’s a fun adventure that’ll have you thinking, “These are the guys that go on to be Blizzard Entertainment?”

You know this story already: you play as the Dragonborn, a mortal with the soul of a dragon. Travel across Tamriel, complete quests, gain experience and levels, customize your character, all while exploring the vast lands of Skyrim.

Technically speaking, Skyrim isn’t a “Viking” game, but the Nords of Skyrim are so heavily based on Vikings, it might as well be a Viking game. Sovngarde, for example, is basically a combination of Valhalla and Asgard. It’s to be a Nord’s final resting place should they show honor during their final moments. And that’s just the tip of the iceberg.

Just about every platform, including your toaster (powered by potatoes), can play Skyrim these days. There’s no reason you should pass on this title.

What would you do if Odin himself gave you a task to carry out? Probably hide in the bathroom, but not Volgarr. Armed with sword, spear, and shield, Volgarr the Viking drops you into a Norse inspired world where your goal is as simple as it gets: kill the evil dragon. As Volgarr, you can cut your foes down with sword and shield, keep enemies at a distance with your spear, or chuck it at the nearby wall to gain some extra height.

Volgarr the Viking is a love letter to the classic side-scrolling games of the ‘80s. Titles such as Rastan and Ghosts ‘n Goblins were huge inspirations for the game.

Expeditions: Viking blends both history and Norse mythology into a party-based RPG. You are the chieftain of a Viking clan, new to the lands of England. With your choice of words or a blade, grow your clan into a force to be feared. There’s raiding, trading, war, and politics, all of which affect how your story unfolds.