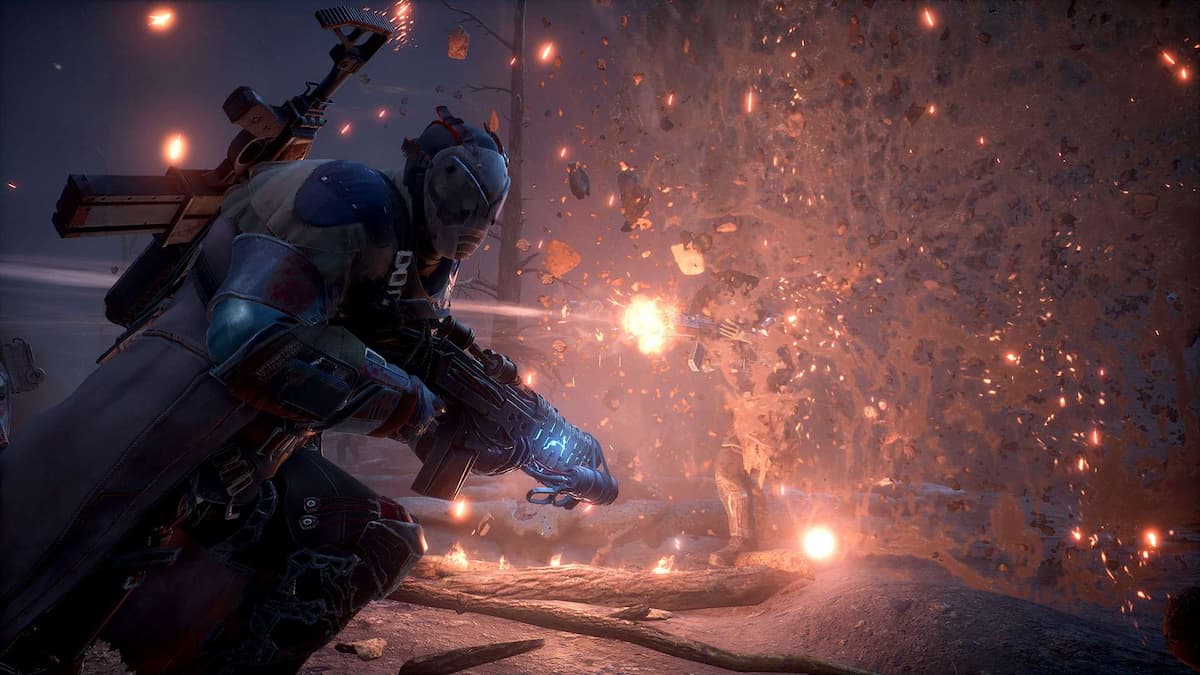 I was not a fan of Outriders. I disliked nearly every moment of playing the campaign, and I walked away several times. The story missions are basic “run over there, kill that, and then move on” cycles that drove me nuts. The side quests are even worse because you have to go to a part of the map that’s miles away each time. The first 15 hours are abysmal. But when I reached the endgame, everything clicked. And it’s a shame it didn’t happen sooner, because it easily could have.

Outriders’ endgame consists of picking a challenge map and completing it within a time limit. You receive a rating at the end, and the quicker you finish the map by killing all of the enemies, the more loot you receive. That’s it. Clear and simple carnage that highlights the best part of Outriders: the combat. It’s like a horde mode without having to defend a position, while instead, you fight your way to the final room. You also have the challenge map’s timer in the corner of your screen, pushing you to reach the end before it drops down a rank and you lose loot.

It’s a very simple system that makes playing each map exciting, and it forces you to consider your build. For the first time, I found myself strategically selecting mods to complement my character before choosing a map. I started going all-in on my Technomancer’s freezing abilities for their turrets. Both turrets added a freezing status effect, and I had a mod on my armor that increased damage against anything that was frozen. I later added a mod that increased how long my turrets were up, and I looted a shotgun that had a mod that did chain lightning attacks that I dismantled and placed into an assault rifle. The final touch was a pair of boots that turned my standard combat roll into a teleporting dash, allowing me to slip through enemies like a ghost. I finally felt like my character had become the badass I wanted to be throughout the campaign.

These mods made the endgame content much more satisfying when I repeated a map and improved my time. Every piece of loot I earned felt rewarding and meaningful.

It’s true that I could have done all of the mod and weapon adjustments during the Outriders campaign, but I didn’t want to. I didn’t pay attention to what mods I had on my armor or weapons. I just shot things, they blew up into chunky tomato soup, and I moved on. I couldn’t be asked because nothing about the campaign felt meaningful.

When I look at the endgame content of Outriders, I wonder why I wasn’t doing this sooner. Why wasn’t the story optional? Nothing about the endgame is remotely hinted toward during the campaign, and none of the side missions remotely resemble it.

Outriders feels like a hit, but asking players to reach the end to see its full potential is irritating. The game holds itself back when it really needs to embrace the fact it’s a sci-fi, third-person shooter iteration of Diablo. That’s not a bad thing. In fact, it’s a hell of a lot of fun.