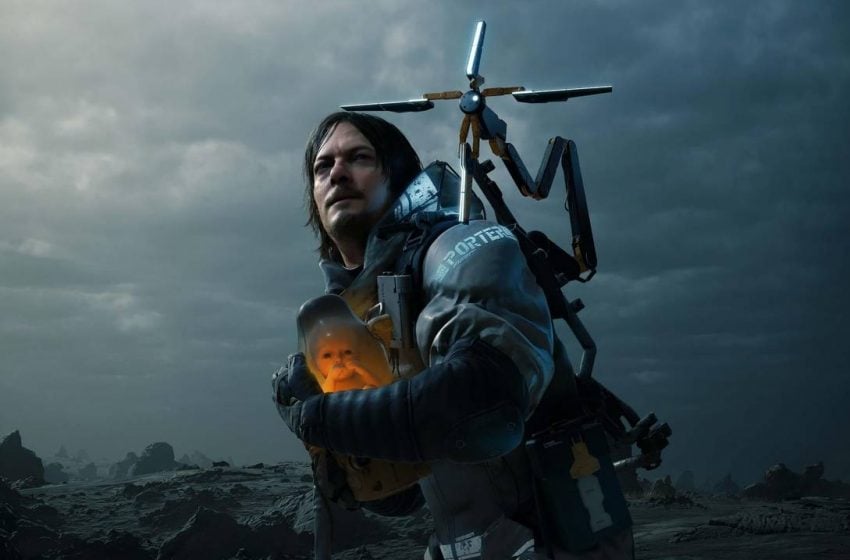 One of the most energetic qualities of the PS4 is its exclusive games, most of which are story-based adventures with in-depth character development and plot. Fans of the console have enjoyed such amazing titles as The Last of Us, Horizon Zero Dawn and the new God of War. But the exclusives are far from being a thing of the past as they have a long list of upcoming games that we can all look forward to in the near and far future. Where some of these titles land in terms of the timeline is hard to say, but when they arrive, it can be safe to say they’ll be the gaming experiences that Sony fans crave.

Even though Sony was not present at E3 this year, we’ve compiled a small list of some of the most anticipated titles that are on the horizon.

Created by the beloved video game developer Hideo Kojima, Death Stranding is turning out to be one of the strangest, yet most intriguing titles in recent history. Equal parts ambiguous and artistic, the game’s focused story remains mysterious, despite giving us more information in a new trailer released not long ago. The trailer details the fall of American society and that Norman Reedus’ character has a part to play in uniting the people once again. His journey sends him out west, which brings him across various dangers that include a shady organization, shadowy creatures, and possibly Mads Mikkelsen’s character. Based on the newest trailer, it’s still hard to determine what exactly is going on, but we can at least peg down an overall story arc. It also features more gameplay mechanics, including the tools that the protagonist will use to traverse the dangerous landscape.

From the same creators of the Yakuza series comes a story within the same world, but with a different take. Taking on the role of a private investigator, players spend a good portion of their time investigating crimes in the city, but this doesn’t mean the combat system that is so loved is gone. The game initially released in Japan in 2018, but due to controversy with one of the actors of the game, they had to pull the game back out of retail and tweak the likeness of the character not to resemble that of the actor.

The remake of the beloved Final Fantasy title has been in rumor for a long time, but we finally have more information and more trailers showcasing the graphics and engine that are beyond impressive. For instance, the game is not just a remaster, but a complete remake started from scratch. Having seen the success of other full remakes like Resident Evil 2, the rebuild of the most loved Final Fantasy game will be a groundbreaking experience for both newcomers and seasoned players alike.

An artistic approach with a charming story, Concrete Genie is all about imagination in a harsh world. Playing as a creative young kid who gets the pages of his notebook torn out, he goes on a quest to recover them, but on the way, he discovers the means to bring his artistic creations to life. This is one fun, creative experience you don’t want to miss, especially for those indie-game lovers.

From the same company that brought us Infamous: Second Son, we’re finally getting an open-world samurai game that is both historical and creative fiction. Although there is no release date just yet, there is explicit information on the story and the protagonist. The game takes place on the island of Tsushima during the invasion of Mongol forces. It’s up to the protagonist, a samurai, to become a warrior that defends his homeland as a stealth fighter, adopting the name “Ghost of Tsushima.” The combat looks to take historical and cultural cues, allowing for more realistic sword fighting, which was featured in a few gameplay trailers. Fans have been wanting a robust and open-world samurai game ever since the release of Assassin’s Creed, and it looks like that will be a dream-come-true soon.

From the beloved series, Shenmue comes the third chapter of the saga, tracking a young martial artist named Ryo as he searches for his father’s killer. It’s been some time since the last installment and this third title has gone through some major developmental difficulties to make it here, but fans are enthused about the return of the popular franchise.

A remake of the original PS1 title, this hack-and-slash adventure is everything for Halloween enthusiasts. I mean, you play as a skeleton warrior. What’s not to love? For those that are skeptical, know that MediEvil was one of the staple titles on the original PlayStation much like Spyro or Crash Bandicoot, so there’s not much to worry about in the way of quality.

Ever since the release of the first game, fans have wondered what would become of the survivalist duo, Joel and Ellie. Well, the curiosity will finally be quenched with the release of the sequel, taking place years after the first game’s ending, but still with the same characters. This time, players will take on the role of Ellie, who seeks the blood of her enemies for something they did to her. There’s speculation about what that means exactly, but based on the trailers, we can assume it either has to do with Joel or a love interest that was featured in one of the most recent trailers. Without a release date, some speculate that this could be one of the last exclusive titles for the PS4, or a new title for the PS5 when that releases.

How to quickly unlock the Mr. Money Bags achievement in Diablo II: Resurrected