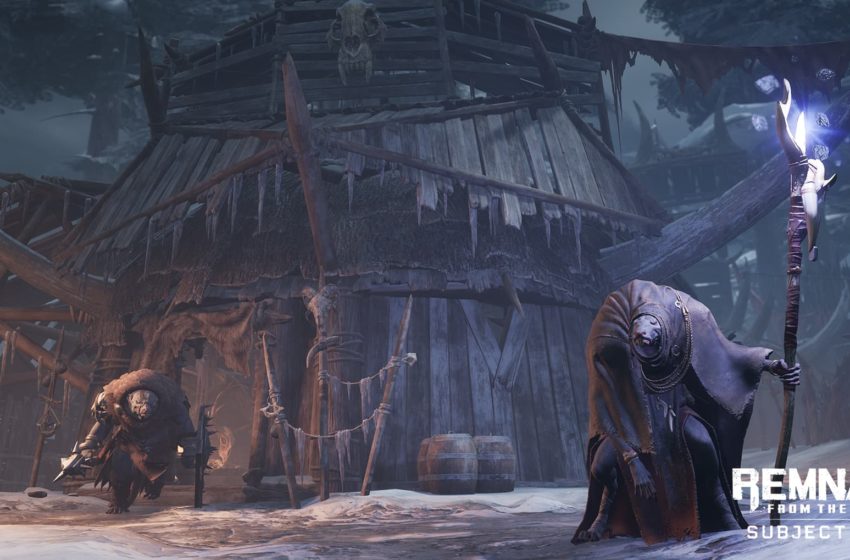 Remnant: From the Ashes provides a fun take on a genre of games saddled with the unfortunate genre title of “Soulsborne.” Ostensibly a third-person action game, Remnant fuses elements of From Software’s well-known titles with a randomization mechanic that means every time you play it, it is a little different. What makes Remnant: From the Ashes stand out is the focus on ranged weapons. When taking on the minions of the Root, guns are your best friend.

The story so far has been that a dark force called the Root has laid siege to Earth and all but destroyed it. The Subject 2923 DLC introduces a new element to this tale, a possible way to destroy the Root forever and save what is left of mankind before the Root wipes it out and spreads to even more planes of existence. You will once again leave the relative safety of Ward 13 in search of Ward Prime. Your mission is to find out exactly what went on here and discover a way to destroy the Root.

The DLC introduces two new areas, Ward Prime itself and the frozen hellscape of Reisum. This new area is blasted by frozen winds, covered in deep snows, and features a new batch of frightful enemies for you to contend with. Most of them are based on chittering rats, ranging from agile enemies who will seek to close the distance and stab you to cowardly ranged fighters who try to pick you off with rifles. Some take the form of burly brutes, while others wear urns filled with black powder and will attempt to blow you up for trespassing in their territory.

These new enemies provide a unique mixture of challenges, and just like the base game, the difficulty is a hallmark of the new DLC. Sloppy play will see your health bar whittled away until eventually you are left gasping for your final breaths in a snowbank. Worse, you may come face to face with one of the ferocious new bosses with precious few heals to get you through the encounter.

I enjoyed the design of Reisum and the enemies that call it home, for the most part. I like to deal with lesser enemies via melee, saving ammo reserves for bigger brutes. Still, those pesky rats are quick on their toes, so I found myself engaging in ranged battles a lot, and I often needed to forego my preferred style of play.

The bosses themselves were interesting, less reliant on simply mobbing you to death than some of the boss fights in the base game. Specifics are difficult to talk about without venturing into spoiler territory, but each presents a unique challenge that I appreciated, and while I died many times, my eventual victories were all the sweeter because of it.

New weapons, items, and armor will give you something to track down, and there are plenty of new NPCs to meet and lots of lore to discover. Reisum also enjoys the randomization that makes exploration so fun in the base game.

Ward Prime itself provides a slightly more subdued area and a somewhat stilted gameplay experience compared to the madness of Reisum. The gameplay mechanic here is driven by shifting between two planes of existence. In one, you are entirely safe, but the other presents some hellish creatures to contend with. There is a little bit of backtracking to explore everything thoroughly, but plenty of shortcuts. There are even some of those trademark doors which will only open from one side to let you know there is more fun to find.

The Subject 2923 DLC provides a slice of just about everything you like or loath from the base game, and there is little here to change your mind if you have already experienced what Remnant has to offer. For people who could happily pour more hours into Remnant, there are updates to Survival Mode and Adventure mode, introducing new threats as the monsters, bosses, and dungeons from Reisum get added to the mix. Both Survival Mode and Hardcore mode also benefit from updates to their rewards tables.

If you like Remnant: From the Ashes, then Subject 2923 is a worthwhile purchase for just $9.99 that will bring you a few more hours of campaign gameplay. The DLC provides a solid way to cap off a game that was a delightful surprise when it launched. All we can do now is sit and hope for a sequel, as it would be a shame if Gunfire Games didn’t get the chance to build on what they have done here and take Remnant: From the Ashes to the next level.