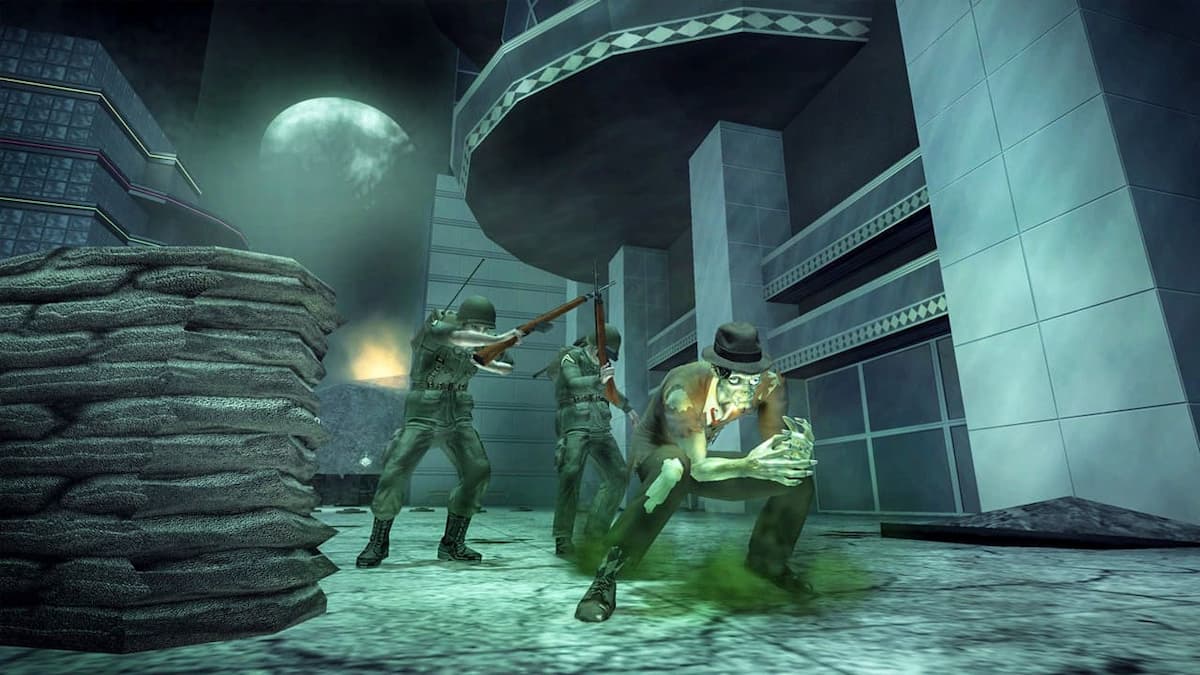 Re-releases in the gaming industry are anything but rare. Everywhere you look, some major company is either working on bringing back a past favorite, or they have already done it. Crash Bandicoot, Spyro the Dragon, Medievil, and even Destroy All Humans have all seen a recent remake or remaster fixing past issues and bringing that experience in line with today’s standards. Looking at this model reveals how fans love the effort, and companies love the sales from it.

This leads us to the re-release of the 2005 original Xbox title Stubbs the Zombie in Rebel Without a Pulse. Aspyr decided to bring the game back for Nintendo Switch, PC, PlayStation 4, and Xbox One. However, this is one of the most baffling re-releases in recent memory given its quality and the lack of effort in really fixing it.

The issues are plentiful

The main problem stemming from Stubbs’s resurrection is that this is almost exactly the same game released on the Xbox 16 years ago. Graphically, the game looks muddy and downright out of time. While my Series X immediately loads every aspect of the game, its content isn’t good-looking or even that fun.

Gameplay revolves around eating brains, but it never expands beyond that. Your attacks never feel like they land properly, the hit detection is awful, and the save system is inconsistent at best. Sometimes the game decides not to save when it should, and you will be sent back a long way upon death. The development team couldn’t be bothered to work in a proper auto-save or manual save option.

There are no waypoint markers, levels routinely go without any music for an extended time, and movement feels slow and clunky. The game cannot even properly use elevators. At one point, you step into an elevator, press a button, and are lifted through the roof of the elevator to the floor above. Even the markers and text in the game are blown out, pixelated, and fuzzy. It’s downright embarrassing and unacceptable for any game released in 2021.

There are aspects that have promise. Building a zombie army to attack enemies is fun, and the humor still holds up. However, when that is all the game has going for it, it leaves you feeling like you’ve wasted both anyhours of time and any cash spent on it.

Who was this for?

My biggest question after playing Stubbs the Zombie’s re-release is who, exactly, was this for? The original release wasn’t necessarily successful back in the day. You might consider it a cult game, but even that is a stretch. This won’t draw in new players because it doesn’t look good, and it doesn’t play anywhere near what a gamer today expects.

It becomes even more puzzling when you consider that the original Xbox version is not backward compatible. This means even if you were a fan of the original game and still have the disc, you need to spend an extra $20 today to play it on your Xbox One or Series X.

As it stands, the Stubbs the Zombie in Rebel Without a Pulse re-release is puzzling and seems like a nostalgia-driven cash grab more than anything else. Too little was done to address a game that was considered mediocre in 2005 to be brought back in 2021. It’s not an absolutely terrible game, but that’s where the problem lies: It’s not worth your time. It sits in a weird purgatory limbo that makes it hard to recommend for any player.