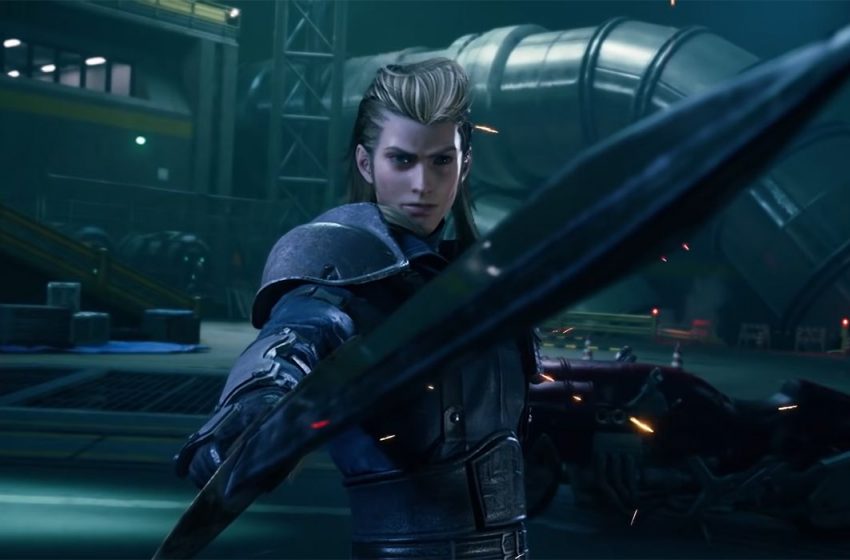 Final Fantasy VII had a fantastic cast of cool, unique characters that all played a purpose in the game, even those that were optional. You can also expect some characters who were minor in the original game during the Midgar section, such as the Avalanche members Jessie, Wedge, and Biggs, to feature more heavily.

There is also likely to be more attention on Zack Fair, who was less of a focus in the original game after details of his backstory were cut due to time constraints. Zack Fair was a major character when it comes to the Final Fantasy VII universe if you’ve followed the game any further than the original game.

However, Square Enix has recently confirmed a new character that is due to play a role in Final Fantasy VII Remake. The game’s official Twitter account confirmed that Roche, Speed Demon, will play a part in the new game.

But who exactly is Roche, and what role will he play? As there is no official confirmation of his involvement will be, we are here to take a look at the original game and see where he may fit in the canon of the game.

Here are our theories behind who Roche is in Final Fantasy VII Remake.

BEWARE: There will be spoilers to the plot from the original game, as well as other games set within the universe.

The character from the video is in attire that is similar to the uniform that Cloud is wearing, which is the standard uniform worn by the SOLDIER Elite task force, set up by the Shinra Corporation to perform more specialist tasks. However, this does not necessarily mean that Roche is, or has been a member of SOLDIER as Cloud also wears the uniform, but didn’t make it to SOLDIER rank.

While the original game did not require the need for someone to do the bidding of Sephiroth, this extended saga could help to protect the threat of Sephiroth without requiring to fight him, which could be where Roche comes in. As you don’t face JENOVA in Midgar, who is used in a similar role in the original game, Roche may well be used similarly in the first installment in the Final Fantasy VII Remake saga.

The attire could also be a sign that the character is similar in intent to Cloud. In the beginning, Cloud is not directly aligned to Barret and his friends at Avalance for their eco-terrorist ideology focus as he only focuses on himself. It’s only as the game’s story progresses that we begin to see Cloud’s investment into the planet and its lifeforce, and he becomes more focused on a goal that matches his friends than his desires.

For Roche, this could be the same, except that he works for the opposite side of the moral spectrum. While Avalanche hires Cloud to work for them, the Turks could be bringing in an ex-SOLDIER mercenary that acts as a boss to the party.

This option not only would provide more closure to any players who have not followed any further beyond the original game, but also a more personal reason to care about Roche. For context, Zack Fair is a vitally important character to the lore of the game. During Cloud’s time at Mideel in the original game, with Tifa’s help, he remembers that Zack is the one that played Sephiroth’s partner during the Nibelheim mission. However, he is not explicitly mentioned as such. The only reference is a picture taken of the group going to the Nibelheim Mako Reactor, where players are lead to believe that it is Cloud posing with Sephiroth and Tifa.

However, not referenced in the original game is the close friendship between black, spiky-haired Zack, and blonde-haired Cloud, where Cloud helps Zack to escape from Shinra after he finds the truth about the SOLDIER program. However, this leads to his death, and he bequeaths the game’s legendary Buster Sword to his best friend. As it’s clear that both characters look to escape the clutches of Shinra, Roche could be the man who was tasked with and completed the murder of Zack, and now ordered to ensure Cloud’s meets the same fate. This would make his introduction, as well as Zack’s, much easier to explain in the context of the game’s story.

The quotation that comes with his video, “A second dance, just the two of us.” could strengthen this idea as he and Cloud collide again, but this time without Zack by his side.

The Turks were a slippery bunch. A covert task force set up by Shinra to allow the corporation’s underbelly to do their less legal actions without arousing too much suspicion from the public eye. They were also a fairly unique bunch, though the original didn’t dive too much into their past. Other games, including Japan-only Before Crisis -Final Fantasy VII-, shed more light on the group, but they are kept relatively secret in the main game.

Lead by Tseng and supported by Reno, Elena, and Rude, they are also pretty formidable in combat. A range of guns and gadgets make their fights a little more strategic than simply hammering them with your strongest attacks. That said, none of them scream “enforcer.” Rude is the biggest of the group and acts as a bruiser when fighting him in a boss fight, but he still doesn’t have much of an intimidating presence.

Roche, therefore, could act as the enforcer for the group. Not wearing a suit, as the others do, could discredit this theory, but he doesn’t need to be with the group at all times. Instead, he could “reinforcements” for the team, appearing only when necessary.

Being in a SOLDIER uniform and seemingly aggressive towards the team in the teaser, it’s also a possibility that he’s carrying out the orders from one of President Shinra or his son Rufus. The President doesn’t have anyone acting as protection in the original game, usually only flanked by Shinra executive Heidegger. While robots and troops guard the rest of the Shinra tower, there’s no member of SOLDIER protecting the President.

Roche would fit this role perfectly. His lack of appearances in other Final Fantasy VII games might count against this idea. Still, the remake is intended to expand upon the world of the original, and adding Roche in this role would make sense for the characters involved.