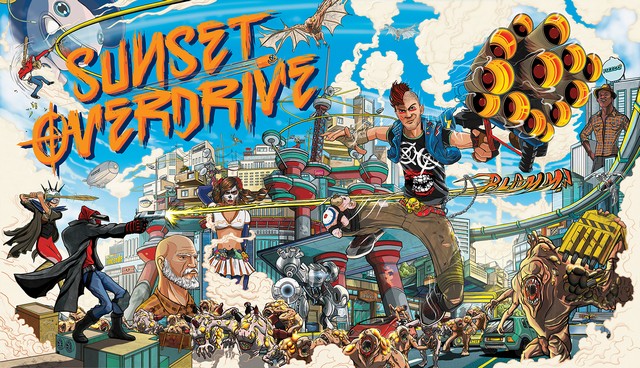 Microsoft’s Game Pass Ultimate program continues to be one of the best deals in gaming right now. For $15, players get access to online play for Xbox One and Windows 10, along with over 150 games to choose from. These include current AAA favorites, as well as indie darlings and some long-lost titles that are worth rediscovering.

But where the heck do you start? There are a lot of terrific selections here, and it can be overwhelming deciding where to go first. Don’t worry, that’s where we come in. Let’s break down the ten Xbox Game Pass Ultimate games players should dig into right now.

Even though a new Contra game drops today – and is better than most critics give it credit for – some yearn for that retro feeling of the original series. Fortunately, Blazing Chrome is a fitting tribute to those days, a challenging 2D shooter loaded with challenging enemies, 16-bit style graphics and music, and fun two-player co-op. It’s a fun throwback, and probably amongst The Arcade Krew’s best releases thus far. So…sequel…?

A unique vampire game that gives you the choice of what to do with your character, Vampyr is easily one of the better cult favorites on the Xbox game service. As a doctor in 1918, you find yourself allowed to save sick citizens suffering from the flu. But then, at night, you become a vampire, wondering just how much blood you need to survive. A game that ultimately rests on your decisions, Vampyr provides no easy answers. That said, it’s fun as heck to play.

While it doesn’t appear that Nintendo will be reviving Advance Wars anytime soon (though they should), the favorite indie Wargroove will scratch the itch for fans of the genre. An old school turn-based tactical game backed by terrific gameplay, Wargroove also features a fun retro style, as well as a handful of memorable characters that are worth battling with. Don’t let this groove-y title pass you by.

Of course, we’re going to recommend Gears 5. It’s not only one of the best Xbox One games of the year, but probably the best entry in the series to date. It focuses on Kait and her quest to find out who she is, while at the same time dealing with various Locust Horde enemies. The single-player campaign is incredible, and the multiplayer modes are as addictive as they’ve always been. Plus you get Terminator skins. Yay!

Although Wolfenstein: Youngblood offers a fresh perspective for the series, players can’t go wrong with brutalizing Nazis with B.J. Blazkowicz. The original The New Order is available on the service, but The New Colossus is a bigger draw, thanks to its vastly designed world, its visceral gameplay, and its breathtaking presentation. This is easily one of the best first-person shooters available in the Xbox Game Pass program. Don’t miss it.

Out of all the original Xbox 360 games available on the service, Split/Second is a standout. This 2010 release from Disney Interactive is a fast-paced racer, based around a fictional TV show. The goal is for the player to score first place victories in races. But along the way, they can activate traps scattered across each track, loaded with explosive possibilities. Creative and all-out exciting, Split/Second is well worth the time investment.

Considering that Insomniac Games was purchased by Sony a little while back, the likelihood of a Sunset Overdrive sequel being on an Xbox platform is very, very slim. However, there’s always the original game to enjoy, a wacky open-world adventure where you take on hordes of monstrous beings brought about by an energy drink. This one revs up the inventiveness, while also remaining a great deal of fun to play. Enjoy one of Insomniac’s finest!

Okay, so it’s not Ultimate Marvel vs. Capcom 3. But Marvel vs. Capcom: Infinite is an underappreciated gem that fighting fans should check out. Loaded with a pretty good roster of Marvel and Capcom favorites alike, the gameplay matches up with past releases. And the graphics look great as well. Not to mention that the story is all-out bonkers, even making Thanos a “good guy” at one point. It’s well worth the curiosity to dig into this one.

Even seven years after its initial release, Double Dragon Neon continues to be an inspired brawler, based upon the classic series of the same name. Developed by WayForward (River City Girls), the game shines with its memorable soundtrack, as well as its wildly original beat-em-up gameplay and graphics. There’s some cool hidden stuff as well, for those of you that like to dig into games. Don’t let Abobo scare you off – this game is rad.

For those of you, that love your Metroidvania games – and there are quite a few of you out there – Dead Cells is absolutely for you. Loaded with an incredible structure where death is only the beginning, it also features a dynamic combat system that changes with each weapon you pick up, as well as challenging boss encounters and an outstanding presentation. It’s easily the best in the genre, and the fact you can play it for free with Xbox Game Pass is a dream come true. (Even if the game itself can be a nightmare at times)