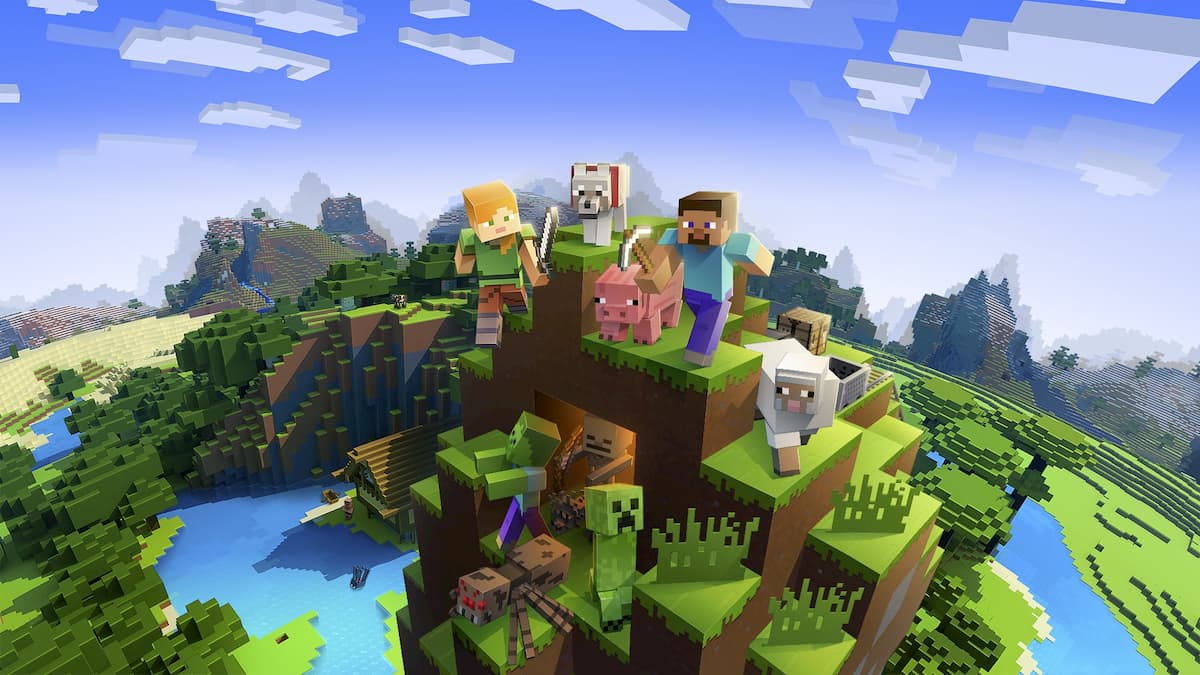 One of the most significant projects a player can undertake in Minecraft is building a castle. Not only does a castle take up space and resources, but settling on a design is a challenge in itself. There are so many ways you can go about making a large castle, but to make one that stands out you want to craft something that is unique and challenging. We have compiled some of the coolest designs and found videos that can help you build up these blueprints. Here are ten great castle design ideas in Minecraft.

Related: The 10 best things to build in Minecraft when you’re bored

Arabian palaces are uniquely structured castles with spherical domes. If you are a fan of Disney’s Aladdin, you know precisely what these towers look like. With white or sandstone walls, you can build a perfect castle set in a desert biome. In the courtyard, you can easily design an oasis with a pond and plant life. Inside, be sure to include a treasure room, as well as an expansive open throne room. While not a whole castle tutorial, this ItsMarloe video is useful for helping you make the side towers and round tops in Minecraft. If you would rather download a map with the castle from the screenshot above in it, check out PlanetMinecraft for diamondofnetherite’s pack.

While iconic enough in its own movie, Cinderella’s castle is more so famous for being the first attraction you see at Walt Disney World’s Magic Kingdom. There are multiple ways you can go about designing this building. You can go off of the movie design, theme park design, or you can look up tutorials. For an extra challenge, create the rest of the Magic Kingdom around your castle. For tutorial help, we enjoyed this ConnorCraft version of the castle.

For a darker and Gothic vibe, you can recreate Dracula’s Castle. Honestly, with how many times this location has been recreated through the years, you could pull inspiration from so many sources. The critical thing to remember is to keep things dark and sinister looking. Use plenty of Nether Brick, tinted window panes, and Obsidian to provide the right feel for your vampiric castle. TrixyBlox has made a fantastic rendition of Dracula’s Castle that you can check out, should you desire a massive landmark with a long walkway up to it.

A fantasy castle should incorporate many themes of magic and wonder when you build it. While you build yours, include a variety of colors and abstract rooms to make it more interesting. Towers in fantasy castles can be more twisty than traditional towers, and you can set up flags from their tops to denote a clan occupying the place. You can find many Minecraft tutorials for fantasy structures to help inspire something into your build, but we recommend this Classy Kiwi video.

One of the most iconic pop culture castles is Hogwarts school for Witchcraft and Wizardry from the Harry Potter franchise. With its olden style design and magical aspects, you should have a lot of fun building this project. Challenge yourself to work in some new features and a Quidditch field to get the whole experience. For a deep dive into every aspect of building a traditional Hogwarts castle, check out this series of tutorial videos from YouTuber Planet Dragonod.

The great thing about building Hyrule Castle is that there are multiple iterations to draw inspiration from. We recommend going with the Breath of the Wild version, as you can see all sides of the building in-game. Regardless, building the castle (and other iconic Legend of Zelda buildings) will give your world the fantastical edge it is missing. For tutorials on making the Ocarina of Time castle (as well as other elements from the game), check out this series of videos from Spadestiel. Included projects include the Temple of Time, Zora’s Domain, and even Lorule Castle from The Legend of Zelda: A Link Between Worlds.

Minas Tirith is the capital city of Gondor in The Lord of the Rings. The entire town was built into a mountain, making this one of the most unique castles, not just on this list, but of any media property. To get the full experience, you will need to sculpt out the rest of Minas Tirith for the upcoming battle against Sauron’s forces. Check out Dyceus for some tutorials on building the castle and city in its entirety.

In Super Mario 64, we explored Peach’s Castle for the first time while jumping through the building’s many paintings to get to levels. Being made for the Nintendo 64, the castle doesn’t look as great as it used to. While the Nintendo version of Minecraft comes with a Mario-themed world with a version of Peach’s Castle pre-built, it is held back by being relatively small. You can always use the textures from that Mario world and expand onto it and see how creative you can recreate the building, but you might also want to start from scratch. Since Super Mario 64’s release, there have been numerous castles shown in the games, so you can easily choose a different one to make. For some inspiration, this MegRae video shows how a larger version of Peach’s Castle could look.

Who doesn’t love Steampunk designs? The mechanical designs in every facet of a Steampunk style are pleasing to the eyes and unique for Minecraft settings. If you go in this direction, you need to create gears, pulleys, and other factory parts using blocks. Regardless, once you pull it off, you will have a perfect Steampunk castle. There are not many areas to find Steampunk styled tutorials, but the following time-lapse video from DivineMedicus is rather good-looking. It can give you an idea of how to proceed with your build.

Are there any more well-known castles than those from Medieval times? Giant stonewalls, big courtyards, and extended towers are the features you want to incorporate into your castle. For added protection, put a moat around your castle walls, put up plenty of armor stands, and place areas to dump lava down onto intruders. There are plenty of Medieval-styled castle tutorials, but we enjoyed this BlueNerd series of tutorials. Otherwise, you should have plenty of chances to work your creative muscles and make something new.