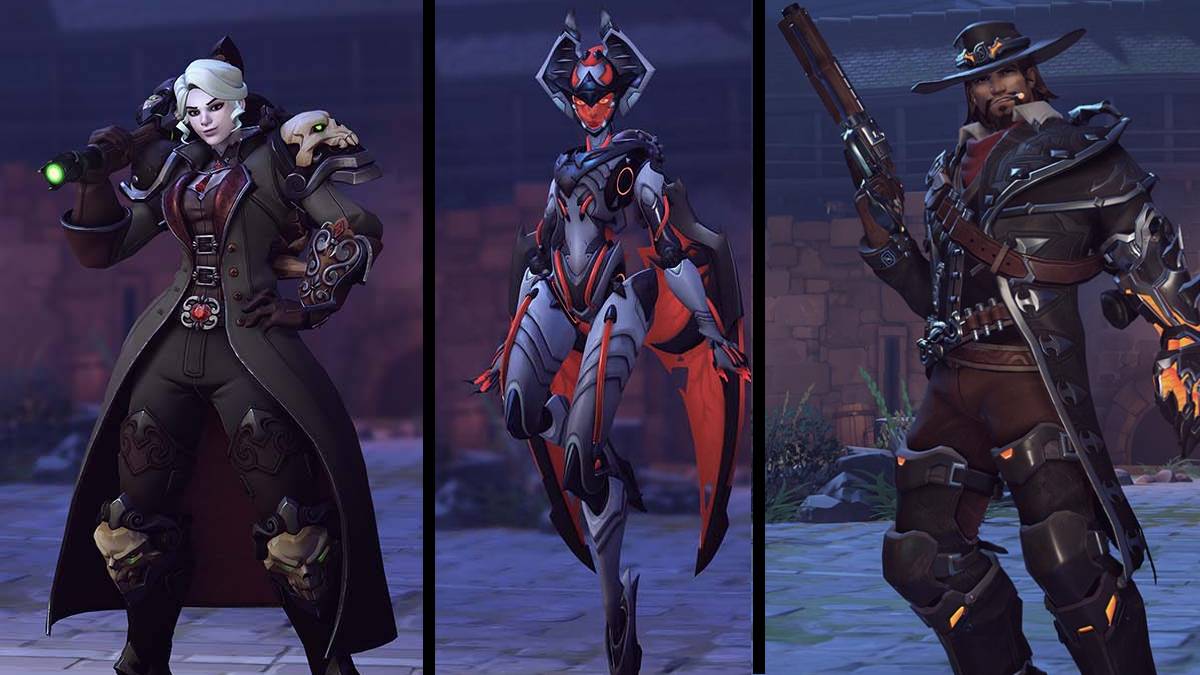 Overwatch is in desperate need of fresh content, but each event brings a healthy helping of new skins. Halloween Terror is full of amazing skins — if you don’t look cool or spooky when going into combat, then there’s no point. Most of the skins on this list are found in Halloween Terror loot boxes, earned through gameplay and rank-ups, or as rewards for weekly challenges. This list starts with the 10th best, with the overall best skin sitting at the bottom.

A deadly fox encased in a cursed temple-mech. Pilot D.Va has all nine tails on display whenever’s she’s free from Tokki.

Zarya’s skins are polarizing, but this epic skin hits the right notes. This skin has undead Norse warrior vibes, along with a sleek and edgy aesthetic.

Hitscan players might not enjoy shooting her mid-game, but the headless design on Pharah’s armor is certainly a head-turner.

Are we the only ones who think of Jenny the Bat of Bloody Roar? No? Didn’t think so.

Guillermo del Toro has an obsession with swamp monsters and Doomfist’s legendary skin is very much inspired by this. The simple and powerful design fits his fast and explosive kit.

Sigma is literally a flying Dutchman with an addiction to Spotify, but this skin has all the right details. If you appreciate puns, this skin is for you.

Leaning into the Orb of Destruction, this Cthulu-inspired skin makes Zenyatta the scariest support in the game.

Symmetra looks like she came straight out of World of Warcraft. Dragons set up nests and protect them furiously, so this is perfect for Symmtera and her turret kill boxes.

Nothing’s scarier than an enemy Roadhog appearing on a flank. Nothing aside from clowns. Roadhog is a Pennywise clown now? Yikes.

Just as powerful as a spider’s bite, the sting of a scorpion is deadly on its own. Widowmaker is everything Scorpina of Power Rangers wishes she was. This skin reigns supreme for the unmatched femme fatale.