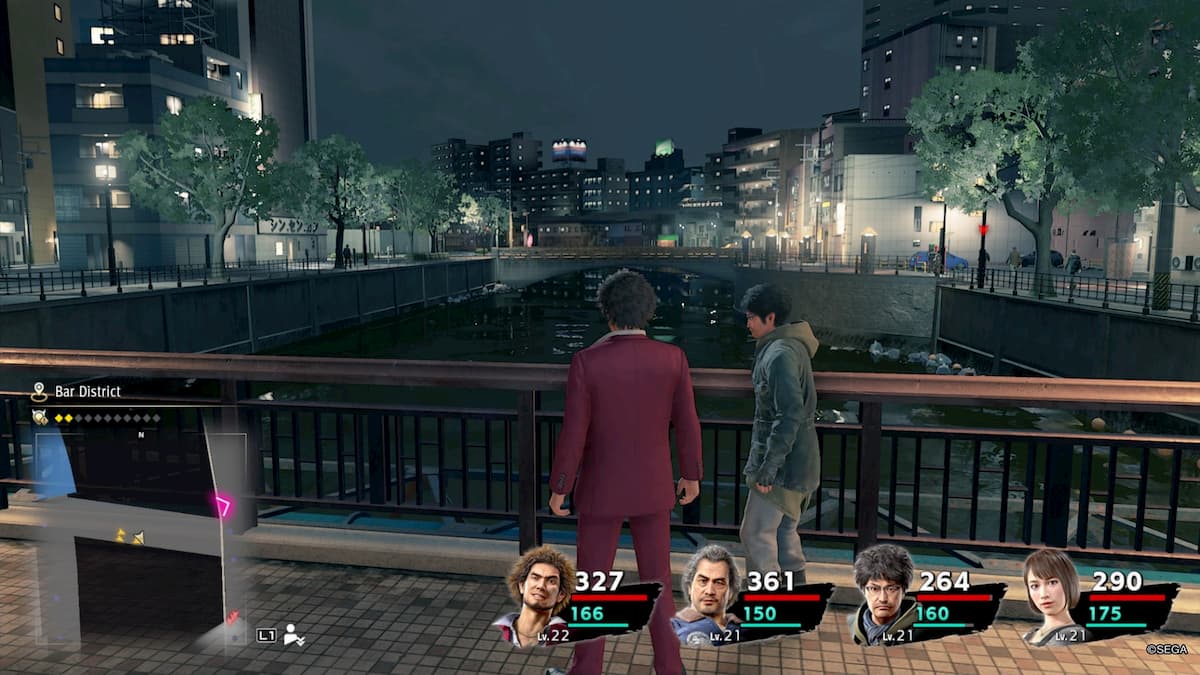 Someone’s been thrashing the local river over by S Sakura River St in Yakuza: Like a Dragon. There’s a side quest here called A Golden Opportunity, where you learn that someone has been urinating in the river from the sidewalk. It’s your job to figure out who it is and bring them to justice, to clean up the Yokohama river. You discover this quest in the Commercial District.

Once you receive the quest on S. Sakura River St., you then have to catch the individual in the act. The only way you can do that is by waiting for night time to arrive. The individual only urinates in the river at night, so this will be the best time to catch them performing the unfortunate deed. You can have night occur by progressing through the story, and once it’s night, return to S. Sakura River St., and a cutscene will start.

The cutscene shows four people with their backs turned to you while they face the river. Each of them will be in a position that makes it look like they are currently urinating in the river. You have to guess which is the real culprit. If you make the incorrect decision, all of the men dispersed from the location. You have to leave the area and then come back for another chance to guess who it is.

The correct answer is the man standing in the middle, to the right. He’s the third one in the group. Choose him, and another cutscene will occur, revealing that he is urinating in the river. A brief encounter occurs, you then have to fight him, and after you beat him, you’ll have completed the quest.