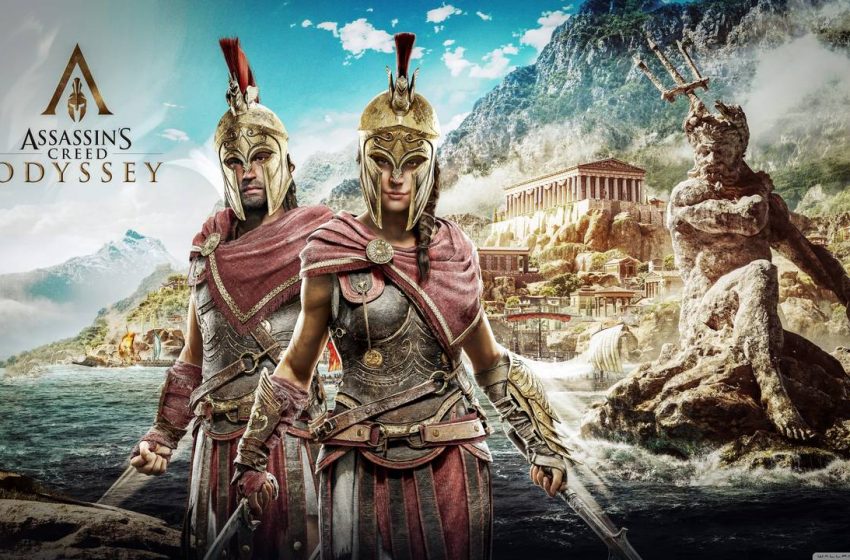 In the previous walkthrough, you were able to kill the cultist leader and now it’s time for a reunion. Homecoming is the final quest of the game where you will have the choice to pick a Good or Bad ending. Depending on the choices you pick you will see the ending plus it will also be the basis of various decisions you made in the previous quest’s. There are two more endings which are triggered by different objectives. Like killing all the members of the cult will give you a different ending and completing The Gate of Atlantis will take you to the modern world ending of Layla.

In the final quest, you will meet your sibling and the discussion among you will lead you to different choices and so different endings.

Where It All Began

Return to Myrrine and talk to her. She will ask you about her son tell her that Deimos might be alive. After the discussion follows her to the cliff’s edge where you will meet Deimos. Next, there will be multiple choices.

After this, there will be more bunch of choices. Things will not go well between the family.

The game has around four endings, one is Good, second is bad, third is Cultist Ending and Atlantis Ending. The first two God and Bad is linked to the main quest. Like in the above quest Where It All Began you will have two choices to fight or not with your sibling. The first one I Don’t Want To Fight You leads to a good ending where all family in the end does a dinner. But there are a few more things needed. Below is the list for a perfect good ending.

For the bad ending, you just have to do the reverse of what is mentioned above and pick to fight your sibling in the end when you are at the cliff.

For this ending, you will have to kill all the cultist in the game. There are around 43 members in the Cult of Kosmos and you will have to locate their identity and then kill them one by one. You will unlock a quest A Fresh Start that will take you to Sanctuary of Delphi to the Cultist Headquarters where you will face the final cultist. Aspasia is the head of Cult of Kosmos. There will be a pretty long conversation here.

You will have to go to the Volcanic Islands and complete The Gate Of Atlantis quest where you will be facing four mystical creatures. They are:

You will get artifacts by defeating all the monsters. Collect them and return to the Gate of Atlantis and seal the place. In the end, you will take control of Layla and solve a small mirror puzzle where you have to direct a beam of light by pushing the massive blocks of mirrors.

There is still a lot to do in Assassins Creed Odyssey, there are bounties, side-quest, etc you can play and explore the massive open world of this game. With these endings, the main story is almost ended.

For more similar updates on the game, you can also check our Assassin’s Creed Odyssey Wiki guide.