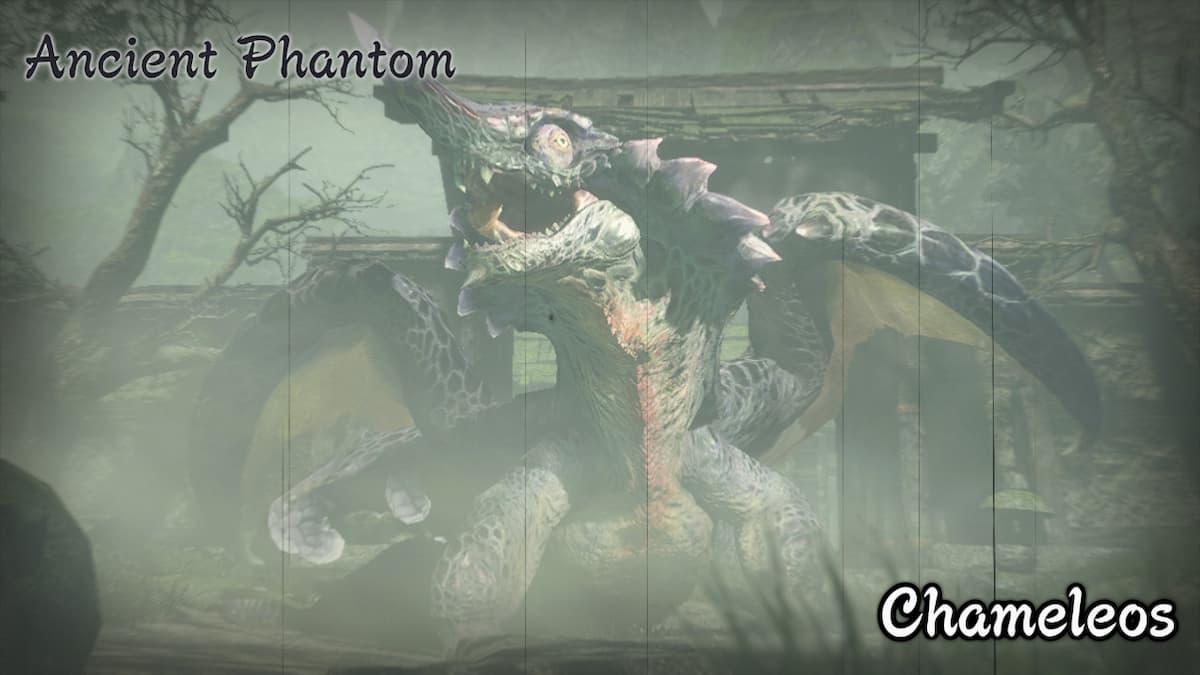 A new series of monsters have arrived in Monster Hunter Rise with update 2.0. You can now battle against Chameleos, a legendary elder dragon capable of becoming invisible and flanking you during battle. You need to keep your eyes open and catch the small details that give away Chameleos’ natural camouflage. We’re going to break down the several notable Chameleos weaknesses, its attacks, how to beat it, and all of Chameleos’ material drops you can receive after defeating it.

You can first encounter Chameleos once you reach Hunter Rank 20. It will be an urgent quest. You want to make sure to bring flash bombs and antidotes or herbal medicine with you.

How to beat Chameleos in Monster Hunter Rise

A big thing about Chameleos is that it will attempt to cloak itself, becoming invisible. You can still hit it in this state, but it becomes difficult to track and know what body part to hit. To bring Chameleos out of his cloak, you need to use a flash bomb to temporarily blind it, preventing it from using its natural camouflage. It does shimmer every so often to give its position away. If you run out of them, it’s not the end of the world.

Chameleos takes the most damage from sharp and blunt weapons. You want to focus on hitting the head, the foreleg, and then the tail. The abdomen, back, wings, and hind legs are the most armored and take the least amount of damage.

When using elemental damage, you want to focus on using weapons that are fire or dragon blight based. You can use electric ones, but they don’t do as much damage, same for water and ice ones.

Chameleos has several attacks as a flying wyvern and has a unique ranged attack filled with toxin. The toxin attack is different from poison. While the two have the same effect, Chameleos’ toxin attack does twice the DOT damage to you, so you want to remove this as soon as you’re hit by it. You can remove it using an antidote from your inventory. You want to have several of these on hand to remove this effect.

How to beat Chameleos

You want to focus on attacking Chameleos’ midsection. We’ve found this to be the best location to do the most damage to the creature, and you can avoid its tail attacks more often than not. If you stand to the side, or underneath, the tail when it’s throwing rocks, you’ll take a little bit of damage, and it quickly stacks up. You’re better off doing some serious damage to Chameleos’ chest and legs. When it flies into the air, disengage and avoid the toxin as much as possible. If you run out of antidotes, you can always use herbal medicine to rid yourself of the effect and partially heal.

These are all of the potential materials that Chameleos can drop after you’ve defeated it.