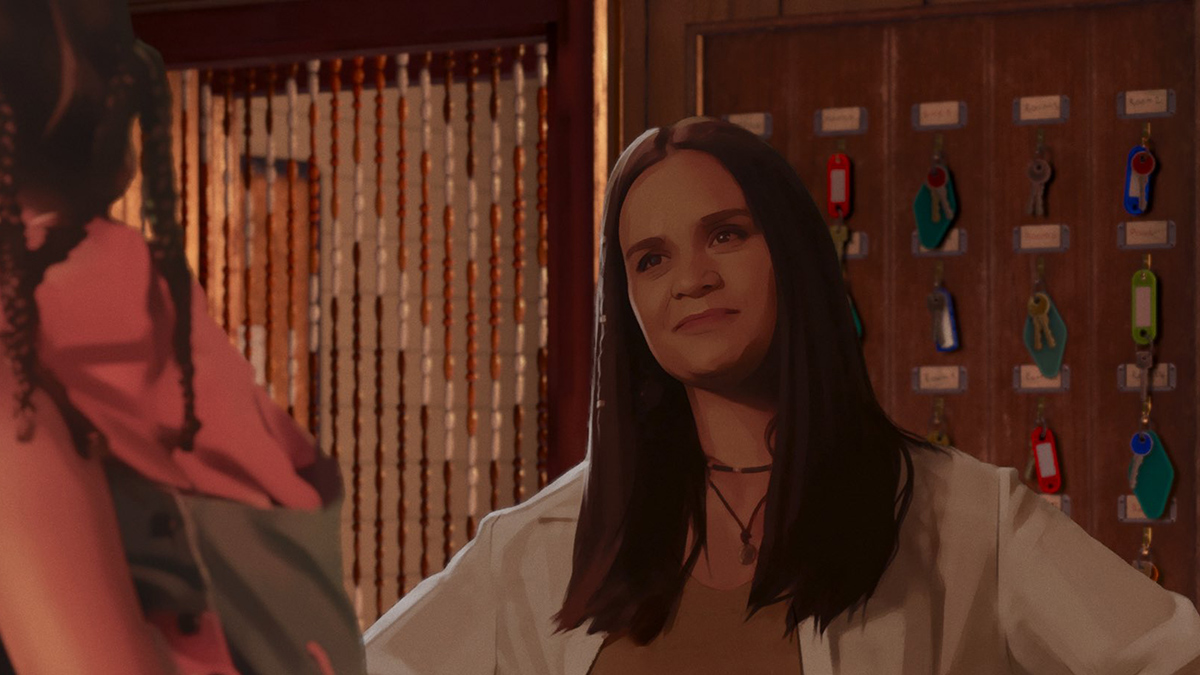 As Dusk Fall is a narrative game that’s all about choices. There are many decisions to make, all of which will affect the ending you get. This guide explains what every choice in Chapter 1: Desert Dream is and the outcomes of those choices.

Below we’ve listed every choice you’ll encounter in As Dusk Falls Chapter 1: Desert Dream in order. Below the choice, you’ll see the outcomes of each decision.

Should you go with Jim or stay with Michelle?

Once you arrive at the motel, you can choose to go for a walk with Jim or stay at the motel for a while with Michelle.

After a while, the motel is stormed by robbers.

As soon as the motel is stormed, you have a choice to make.

Should you enter the Code?

During the flashback, Jay finds the safe in the house, but he no longer has the code.

Should you fight off the sheriff or run to the door?

Tyler has a chance to fight off the sheriff or run.

Should you drop the gun or point it?

Now you have a choice to point the gun used to frighten Vince right back at the criminals.

Should you calm the dog or calm Dale?

Dale is getting aggravated that Jim’s dog, Zeus, is barking uncontrollably. You now have a choice to calm one of them.

Should you quiet Zeus or ask Joyce to back off?

Things are getting heated, and this feels like a final decision.

Should you say it’s just your dad or your family?

Tyler notices Vince’s luggage and demands to know who else is with him.

A cop shows up, and the robbers panic.

Should you beg, attack Tyler, or grab Tyler’s gun?

Vince is put into a difficult position.

Should you shoot Tyler or surrender?

Vince is now in a very difficult position.