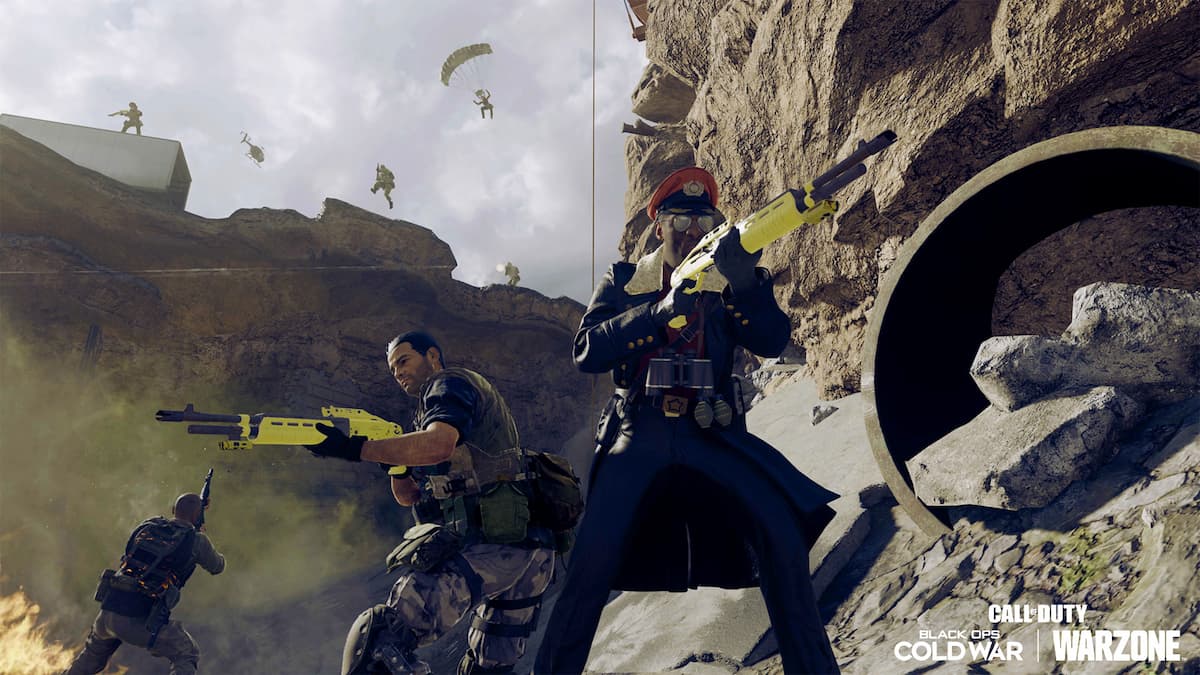 Call of Duty: Warzone’s Verdansk map has seen some serious changes moving into Season 6. Adler’s plan to trigger seismic devices beneath the surface of the map has come to fruition, tearing massive trenches across the map and fundamentally changing how certain areas will play.

This is a dramatic change for Warzone’s map, and the basic tactics and approaches that players have grown to rely on are now throw out the window. The huge fissures open up new approaches, and all the fallen building means that former easily defended areas are now much harder to survive in.

Downtown Verdansk has been irreversible changed by the event, with a huge fissure running from northwest to the east of the area. The Big Bloc is gone, as is Grand Hotel and the Museum.

This fissure begins in the eastern parking lot, the rips through the stadium, doing untold damage to the building. The main crane has fallen, cutting out some high ground for those who like to use it, and the massive holes making entering and exiting the stadium a quicker prospect.

This fissure, while not as dramatic as others, still changes the area quite drastically. The former open area now has new angles of approach for areas like Stadium, Blocs, and Radar Array. Things should get interesting whenever this is the last zone in a match.

The final fissure can be found in the Verdansk Hospital area. It runs from Barakett Promenade’s eastern area to the high-rise buildings, adding much-needed cover while players cross the area.