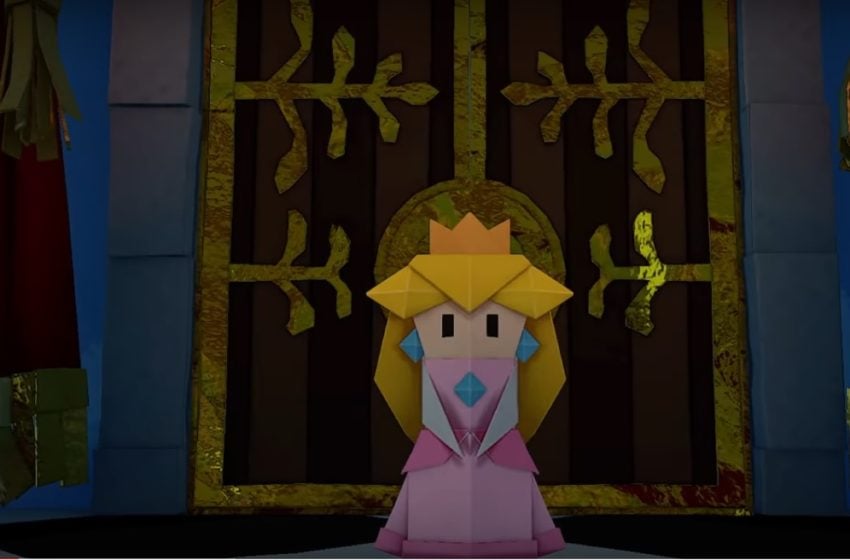 When you first enter Picnic Road in Paper Mario The Origami King, you will find your progress will be locked behind finding 4 Holy Shell Stones that have been stolen from the nearby temple.

While the Shells are taken in Picnic Road, all four can be found in Overlook Mountain, so you’ll want to spend most of your time there. With that out of the way, here is where to find all four of them and what you need to do to get them:

The Green Shell is one of the easiest to get as its being auctioned off by the Monty Mole near the entrance. While the first price of 10,000 Gold Coins might seem costly, keep pressing B, and the price will decrease all the way down to 1,000 coins over time where you can buy it for cheap.

The Blue Shell can be found in the water. There’s a fishing spot North-East of the area that has a bunch of Fish you can catch. You are looking for the obvious Origami Fish in the water that’s bigger and rounder than the others. Catching it will start a fight which, when beaten, will give you the Blue Shell.

The Yellow Shell can be found just to the left of the Fishing Spot, just before you go up the hill that Thwomps fall down upon. There are a bunch of hedges you can hit with your hammer, which one of them will throw a Goomba enemy at you.

Defeat it and you’ll get a Magic Circle you can use to peel back a piece of the land and get the Shell hidden behind it.

The final Red Shell is located at the very end of the area on the top of the mountain. You will find three Red Shy guys kicking it around like a Football. You will need to knock them all down quickly with your Hammer to intercept the Shell and claim it for yourself.