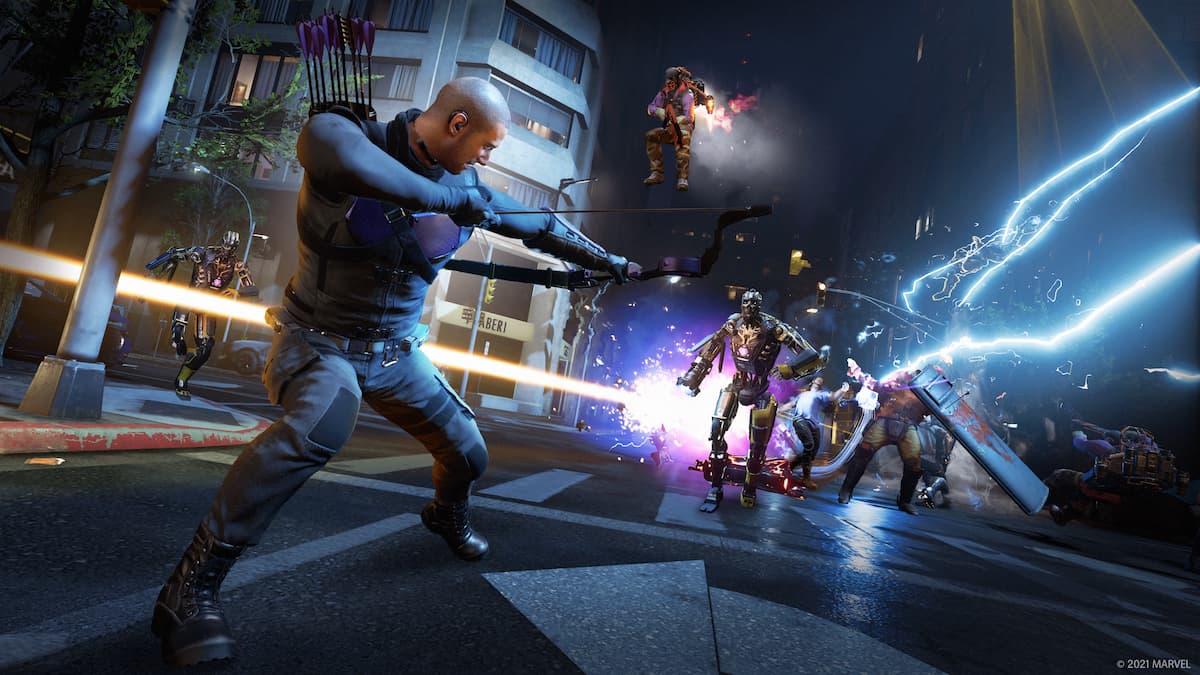 Clint Barton, best known as Hawkeye, joined the playable cast of Marvel’s Avengers with the Future Imperfect update, which coincided with the game’s next-gen release. While Barton has some gameplay overlap with his protégé Kate Bishop, his moveset is more focused on his use of trick arrows, while Bishop has her own teleportation abilities. While Hawkeye uses a sword for close combat, his arrows make him an excellent long-range and support hero.

Hawkeye’s signature light attack is the Implosion Arrow; players can hold the Light Attack button to fire an arrow that will draw in enemies towards its center. This is convenient for grouping them together for some team attacks.

Hawkeye has a Power Attack in the form of the Split Shot Arrow. Hold the Heavy Attack button to fire an arrow that will then split up into multiple other arrows, all seeking out enemies to hit. Use this against foes that are spread apart in front of you. You can also chain a Suspension Arrow Heavy Attack after a Light Attack combo to launch targets into the air.

Like Kate Bishop, Clint Barton has a number of arrows to choose from for his Ranged Attack. Razor Arrrows are the most traditional arrows you can use; they are quick and easy to fire, and players can combo with them. The Cluster Arrows fire three arrows and stagger enemies, dealing a good amount of Stun damage to them. Pulsar Arrows have an explosive charge, which you can manually detonate with the Light Attack button.