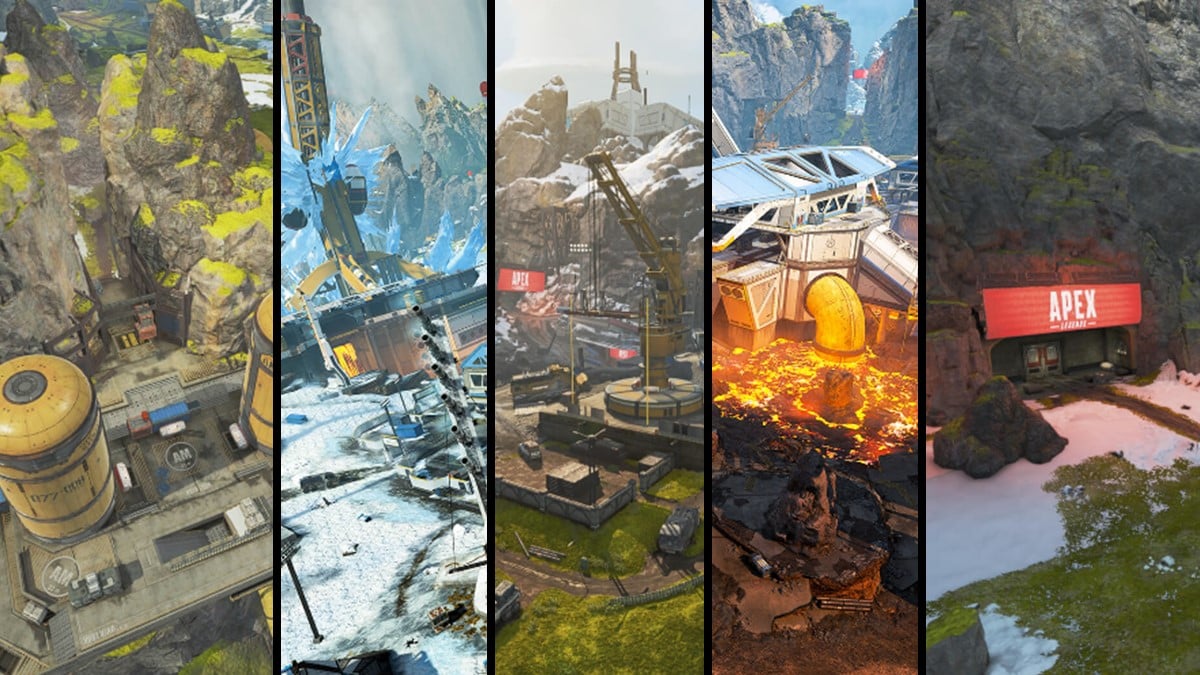 World’s Edge has been slowly getting destroyed over the course of Apex Legends lore, as well as its map updates. Season 10: Emergence continues that tradition with Decimated World’s Edge: a map update that lives up to its name in every sense of the word. This is the third major map update for World’s Edge, and it is the only map so far to have changed for all three of its updates. Check out all the new Points of Interest and map changes that come to Apex Legends with the World’s Edge Decimated map update.

Decimated World’s Edge comes with three brand-new Points of Interest (POIs) that completely wipe out a former POI rather than add another onto the map. Climatizer, Lava Siphon, and Landslide. Let’s take a look.

Climatizer is the new spot to be on the Northern part of the map. It is much bigger than the former POI in its space, Refinery. The outdoor portion of the map is based around mid to long-range combat, while the indoor portions are all about close combat in tight spaces.

A sinkhole destroyed Sorting Factory, and new structures have been built on top of it. There is an additional rotation out of this POI to the train tracks and lots of pockets inside of the structures for close-range combat.

Train Yard has been destroyed and, in its wake, lies a construction site called Landslide. It will hold the same amount of loot as the former POI but provides fewer structures for teams to hold, encouraging faster pace battles and quicker rotations out of the space.

There are also quite a few map changes that are not new POIs but will be a part of or affect new or existing POIs in a big way. Let’s take a look at these other elements of change brought by the Decimated World’s Edge map update.

The crack in the ground dividing Fragment East and Fragment West has extended up to the snowy Northern end of the map. However, it will not include an updrift, and it is traversable. Normal lava damage will occur when walking on it.

Gondolas are a new non-player-controlled vehicle, similar to the train on the original World’s Edge. They will move players around a given POI, and sometimes help them over Lava. The Gondolas are present at two of the three new POIs, Climatizer and Lava Siphon. There are no Gondolas at Landslide.

Say goodbye to orange skies. While still present on the volcanic edge of the map, the other end of the skybox is a blue as blue can be. It has a colder, snowier feel to it but isn’t grayed out. There is a lot more snow on the cold side of the map, a stark contrast with the lava on the map.

A small change to Overlook allows players on the outskirts of the POI a new way out and three new supply bins to loot from. This change is great, as playing that portion of the map always felt like there should be something else there, and now there is.

The other Overlook rotation update also affects Geyser. There is now a new tunnel that connects the two POIs that makes Overlook as a whole feel less isolated and makes rotating from and to the Northern part of the map, in general, feel less strangulated.