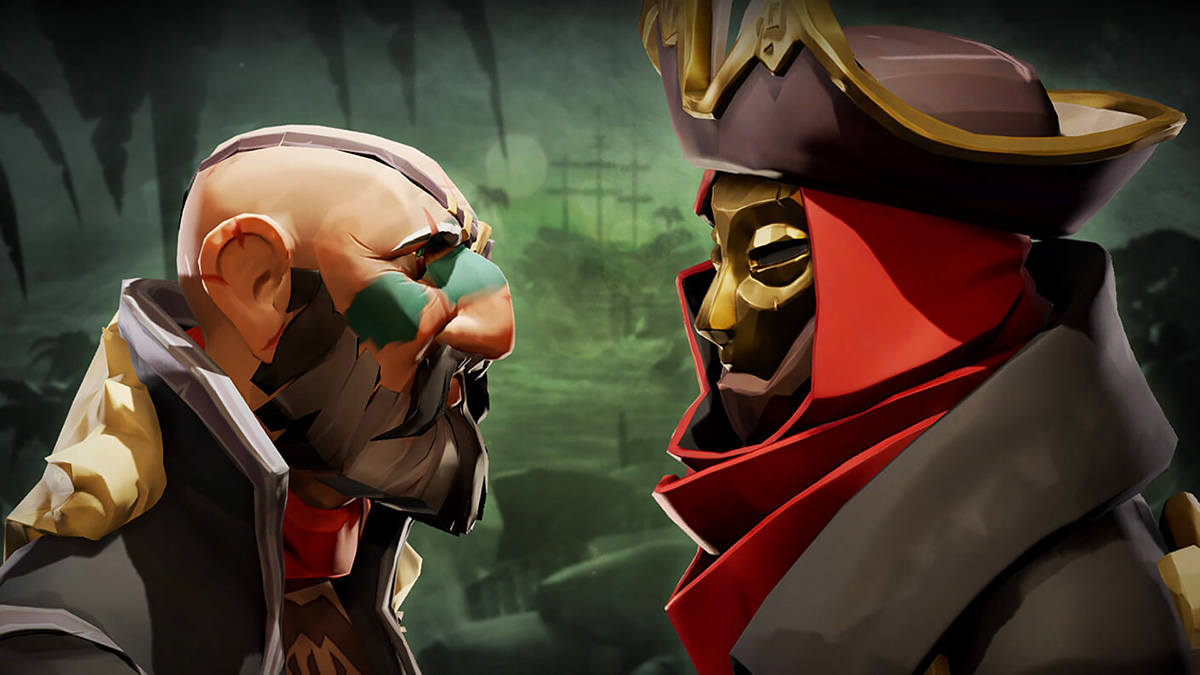 With the Lost Sands Adventure in full swing, the players are vying to help either Merrick on the Hunter’s Path or the Servant of the Flame on the Servant’s Path — or both for those completionists out there. As one part of the effort, there are eight journals to find and collect in total, with four per side. In this guide, we will help you find the locations of the four Merrick’s Journals hidden in the Sea of Thieves.

Related: What are the rarest fish in Sea of Thieves and how do you catch them?

It is also important to note that you don’t need to have the Adventure marked as active to find the journals, so you can just set sail to the locations and find the journals to read them and receive full credit. Merricks’ Journals are found at Stephen’s Spoils, Smuggler’s Bay, Cannon Cove, and Golden Sands Outpost.

The Journal at Stephen’s Spoils

Stephen’s Spoils is one of the eight main Seaposts in the game. It can be found within the Ancient Isles region at the coordinates L-15. Though Stephen is currently helping Merrick on the Golden Sands Outpost, the journal you seek can be found right in front of his stall, on the wooden boards below. The Journal is titled “Setting Sail Again”.

The Journal on Smuggler’s Bay

Smuggler’s Bay is a large island located in the Shores of Plenty region, distinctive by the large stone arch that you have to sail through to anchor inside the bay. The coordinates for the island are F-3. Once you’re on the island, make your way along the beach to the eastern side of the bay. There, you will see a bell post and wooden ruins. Keep going east towards the shore, until you see some fishing nets on wooden poles, with the journal lying on the ground beneath. The Journal is titled “Digging up Trouble”.

The Journal at Cannon Cove

Cannon Cove is a large island at the coordinates G-10. Found in the Shores of Plenty region, the island features a distinct cannon-like rock formation for which it was named. To find the journal, make your way to the northern cove of the island. Find the path that leads to the pier and follow it until you find large rocks rising from the sand, with the journal placed on the ground in front of them. The Journal is titled “Finding Help”.

Note: The Servant’s journal is also located on this island, in the cove by the beach camp, so make sure to grab that too while there.

The Journal on Golden Sands Outpost

The Golden Sands Outpost is one of the Outposts within the Shores of Plenty region, located on coordinates D-10. The journal can be found near the bridge connecting the eastern island with the main island. To get there starting from the Tavern on the main island, head east and walk across the wooden bridge. Right after stepping off the bridge on the eastern isle, immediately look to your right towards the palm trees along the path forward. Before them, you will see the journal lying on the ground. The Journal is titled “Homecoming”.