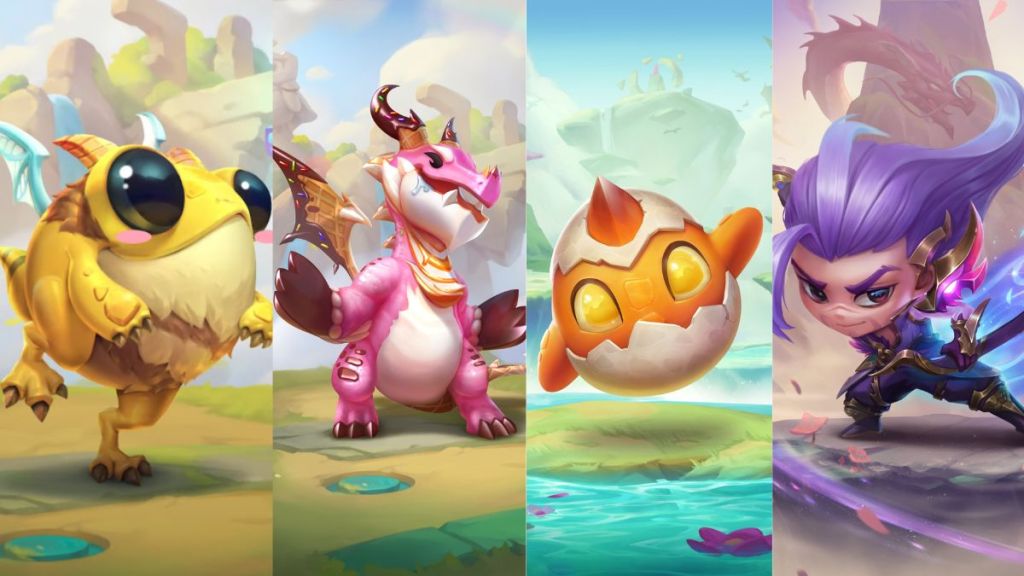 Just like champion skins in League of Legends, the Little Legends have become an absolute hit of Teamfight Tactics (TFT). The last Little Legends were released for Set 6.5 and the Lunar Revel. As we head into Set 7 though, some new friends have joined Riot’s large collection of adorable companion creatures. Whether you buy, hatch, or play to win them, hopefully, you get your favorite friend this season.

Burno is a new Little Legend, a fresh, fun-loving dragon to add to the roster. His release comes with six different skins. They all are named and cost accordingly:

Poggles is a new Little Legend, the squishiest of spherical drakes, sure to warm up anyone’s day. Just like Burno, he has six different skins. They all are named and cost accordingly:

Alongside the new Little Legends, Riot also created a new skin for Ossia, giving her scales and horns like a proper mythical beast. You can only get a Dragon Dancer Ossia for yourself if you purchase the battle pass and earn all the way up to her 3-star skin as you play. This is much like the Chaos Penguin or Lucky Fuwa in other seasons.

Choncc has always been a fan favorite Little Legend, so Riot gave him a new skin for Set 7: Dragonlands. Looking like a feathery Asian dragon, this academic Choncc gobbles down mystical items and potions instead of snacks. Much cuddlier than his monstrous Lunar Revel look, eh? As willing as you might be to pay for him, though, you can’t buy him outright. Choncc The Wise can only be found inside eggs.

When it comes to seasonal battle passes, each TFT one comes with a cute, simple sprite to go along with all the eggs and emotes. In Set 7, the designers took it a bit literally: say hello to the adorable Egg Sprite, only available by buying this season’s battle pass.

Just like Vi, Jinx, and Ekko before him, this season brings Chibi Yasuo. This time around, though, Chibi Yasuo comes with his own skin straight out the gate: Chibi Dragonmancer Yasuo. If you want to buy Chibi Yasuo for your collection, he costs 1900 RP. You can only find his Dragonmancer skin in eggs, however.