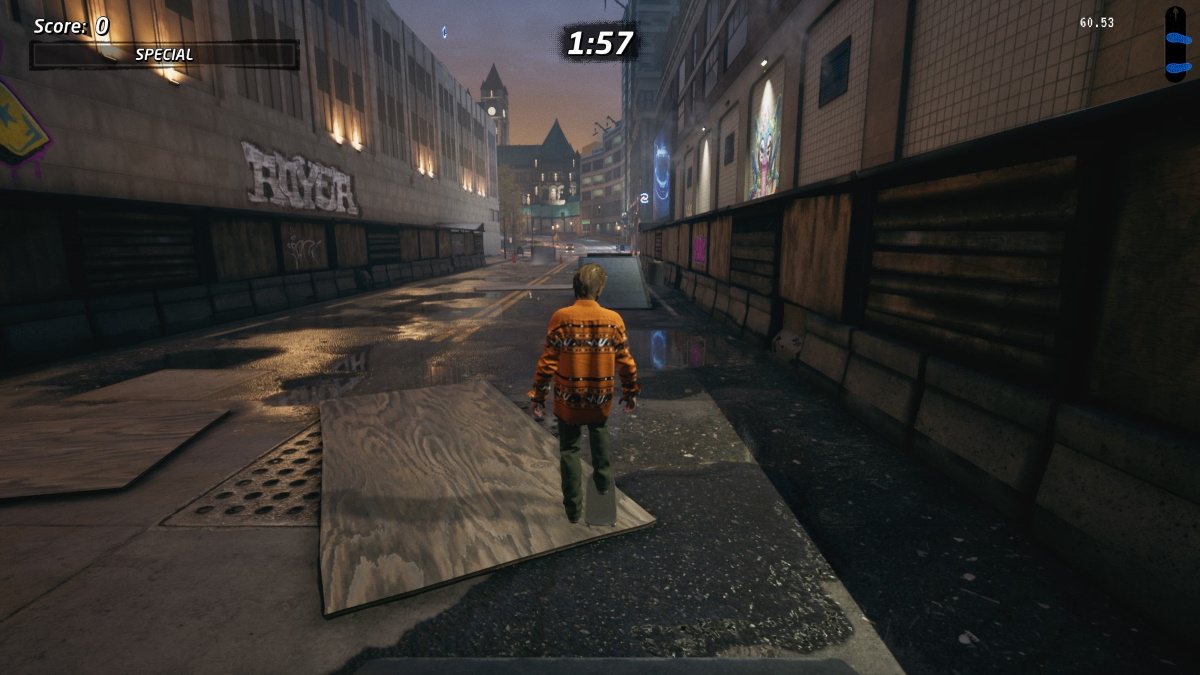 The downtown location in Tony Hawk’s Pro Skater 1+2 has the setting you’d imagine of any busy city. Because it’s so busy, the city has placed various “no skating” signs around to help prevent skaters from taking up too much of the walking space. But those won’t stop you. It’s probably a good idea to do some redecorating and destroy those signs so you can freely skate through the area.

The first sign is on the upper level of where you start. All you have to do is turn around, go up the ramp when you begin playing, and on the other side of the street is the no skating sign. Make sure you watch out for the taxi that is driving past, though. It might hit you.

The second no skating sign is further down the street. From the first sign, take a left, and proceed down that way until you can take a right. Go up, and on your left, you should see a small grassy area with a pair of tables with umbrellas. The sign is in the middle of them.

The third sign is in the next area, below from where you find the second sign. You can find it to the right of the street, right before you reach the lower area where the large fountain is.

The fourth no skating sign is on the opposite side of the fountain. It’s closer to the entrance of where you first start the level, close to the alley you ride out of if you didn’t turn around to grab the sign on the higher ramp. It’s similar to the location of the third sign.