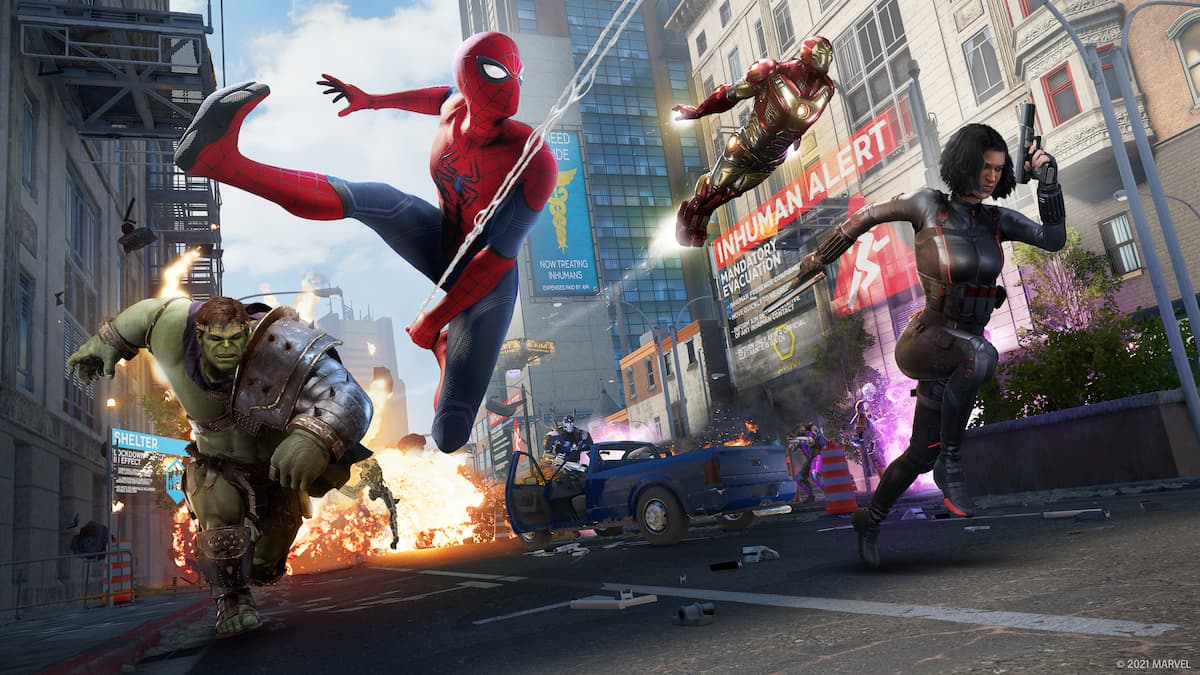 Spider-Man might be a bit late to Marvel’s Avengers party, but that doesn’t mean that his entrance isn’t Amazing, Spectacular, and Sensational. Spidey has, for decades, been Marvel’s most well-known hero, so players have been understandably excited to see him join the fray. With his web-swinging abilities and penchant for dodging attacks rather than merely blocking them like most heroes, Spider-Man plays a little bit differently from the rest of the roster. Here is a look at his abilities and how to use them.

Many of Spider-Man’s skills and abilities are tied around building up combos and juggling enemies in the air where they can’t cause any more damage. Spider Skirmish is a light combo that allows you to build up stun damage and keep enemies in the air.

To help keep enemies in the air and unable to attack, you can start your combo with Take to the Sky, which is his Signature Attack. This powerful launch ability knocks enemies upward, allowing you to jump up and continue your combo while they float helplessly in front of you.

Web onto enemies with Far Reach, giving them a nice kick when you zip towards them. If you hold the heavy attack button, you’ll do a Power Attack called Web-Pull, where you’ll yank an enemy down to the ground and in your direction.

Spidey uses his Web-Shooters which hit enemies and slow them down. Players can press and hold the shoot key or trigger for a more powerful Web-Blast.

Spidey’s intrinsic meter runs off of his Wreckage Skill, which can be built up over time by avoiding enemy attacks and dealing melee damage. Fill up this meter, and he can perform a Takedown on an enemy without having to stun them first.

Before an enemy attacks him, a Spider-Sense indicator will become visible. Dodge while it is on screen, and Spidey will gain an armor bonus. While dodging, he can use Think Fast to sweep the leg on enemies, knocking them prone and making them vulnerable to combos. He can also use Double Fire, which will hit the enemy with webbing, increasing their web status and making them easier to manage.