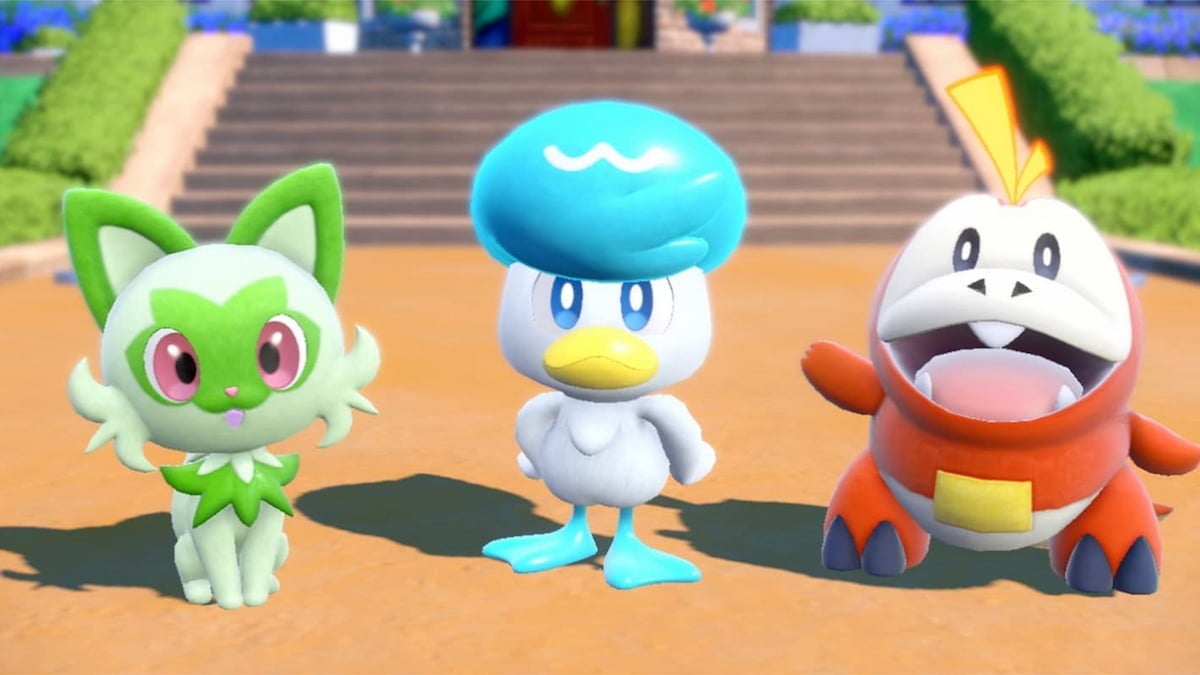 Nintendo has released tons of Pokémon games, including fun spin-offs and main games focusing on trainers and Pokémon from Gen 1 to Gen 9. That said, players who have played main Pokémon titles would know the intense feeling of choosing only one out of three possible starting Pokémon. Here’s a quick look at the starter Pokémon from every core Pokémon game in history.

These three are the iconic starter Pokémon that won every gamer at the start of the franchise. At the beginning of each game, players can only choose one of the three — the leaf-type Bulbasaur, fire-type Charmander, and water-type Squirtle. Those who wanted to have a different starter needed to start a new game.

All starters in Pokémon Yellow

Ash’s Pikachu is the only starter Pokémon unique in some ways. First, you don’t get to pick Pikachu from a group of three. Second, you can’t put Pikachu inside a Pokéball. Moreover, you’ll need to catch other Pokémon early in the game to defeat the first gym because this electric mouse is, well, electric. Interestingly, the player was supposed to get an Eevee but gets a Pikachu instead.

All starters in Pokémon Gold & Silver

The second batch of starter Pokémon is yours to pick from at the start of your adventures in the Johto region. Along with them came more new Pokémon to find, catch, and train. There were 100 new monsters to catch besides the Gen one Pokémon.

Gen three has you journeying across the Hoenn region, bringing along one of the three starters Pokémon mentioned above. Aside from new Pokémon to catch, these games also brought in new features that were never seen before in earlier titles.

All starters in Pokémon Diamond & Pearl

These starters from Gen four might not appeal to some players, but they mark the introduction of 107 new Pokémon and a new region to explore, Sinnoh. They are also the first Pokémon to be featured as starters in a core Pokémon game for the Nintendo DS.

All starters in Pokémon Black & White

These three are the starters for Gen five Pokémon titles. Along with them come features such as a new region called Unova, seasons, and the National Pokédex, which becomes available after the main story is finished.

All starters in Pokémon X & Y

Pokémon X and Y introduce the Gen six Pokémons, all of which can be found in the Kalos and Hoenn regions. These are the three starters players will have to choose from at the beginning of the adventure. The events Pokémon X and Y occur two years after the events of Black and White.

All starters in Pokémon Sun & Moon

The starters from Gen seven look more “normal” than starters from other generations of Pokémon. Litten, for one, is but a mere kitten with a unique colorway. It also is the first batch to offer a Flying-type starter in Rowlet. These are the first Pokémon you can have in these titles, both of which do not have traditional gym leaders.

All starters in Pokémon Sword & Shield

You can get these starter Pokémon when you begin your adventure in the Galar region in Pokémon Sword and Shield. These titles are also the first to feature Gigantamax forms in battles. As the name implies, Gigantamax Pokémon are gigantic and look different from regular evolutions.

All starters in Pokémon Legends: Arceus

The events in Pokémon Legends: Arceus take place in Hisui, a region now known as Sinnoh. For this reason, you get to see returning Pokémon as starters. These starters’ final evolutions are regional forms and look different compared to their previous final evolutions.

All starters in Pokémon Scarlet & Violet

Pokémon Scarlet and Violet are the latest core titles, and they introduce Gen nice Pokémon, which include the three starters above. You choose one of them at the start of your adventure in the Paldea region.

These are the starter Pokémon for each core Pokémon game in the series. Have you tried picking all of these as your starter Pokémon? We suggest selecting the one you haven’t tried yet on your next playthrough.