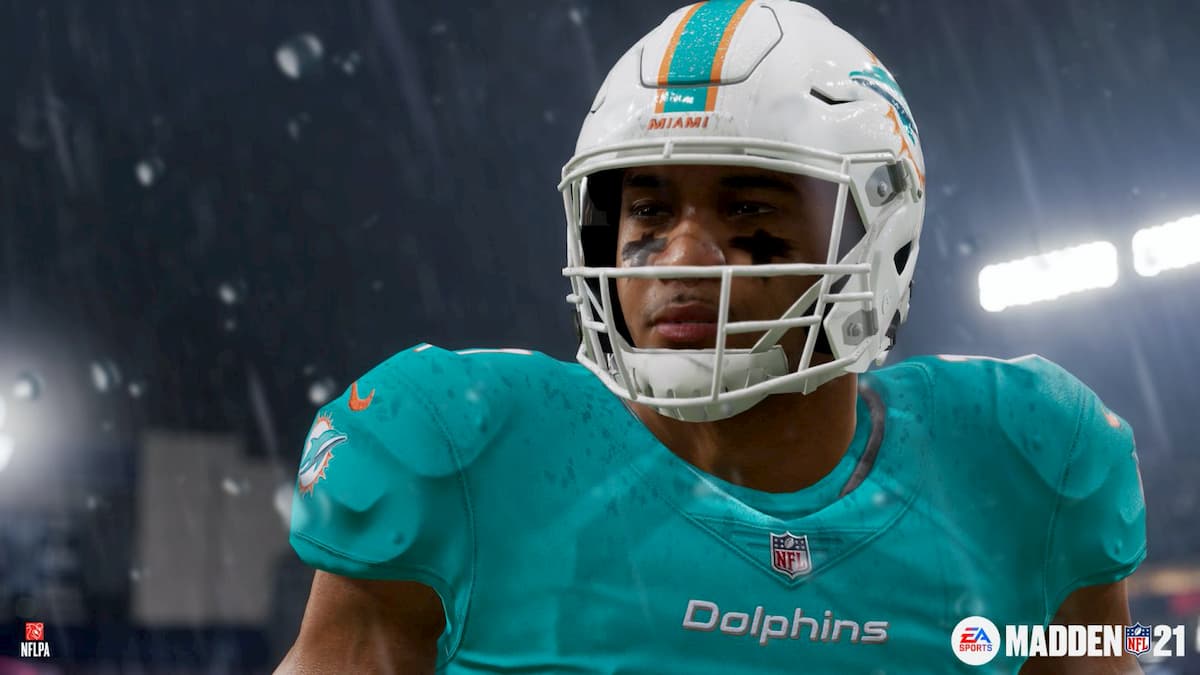 On the surface, one can assume Electronic Arts’ quiet release of Madden 21 on PlayStation 5 and Xbox Series X/S is due to its lack of additional content. This may be true, but compared to its PlayStation 4 and Xbox One iteration, next-gen Madden 21 corrects and overhauls plenty of elements on the field rather than in its menus.

Starting from the pre-game show, it is beyond obvious the main focus was to ensure that each player model provided an accurate portrayal. On Xbox Series X/S and PS5, this is definitely the case, with each freckle, blemish, and tattoo on full display.

While on the field, users will notice just how big of an influence the reworked lighting has on player jerseys, the grass, and even the crowd. It sounds like a small change, but with 4K capabilities, the visual clarity of Madden 21 makes it one of the best looking next-gen games to date.

What a perfect time to include this ridiculous replay feature. Previously seen on the NFL Network during real-life game highlights, Next-gen stats are highly-detailed graphics, like pie charts or bar graphs, that measure a succeeding player’s best skill set while getting an up-close and personal look at them.

For instance, after we scored a 50-yard touchdown run with the ageless Frank Gore, a slowed-down replay will include a chart comparing his speed with the speeds of the nearby defenders struggling to catch him – an insanely detailed level of presentation.

Feel each step you take

On PS5, aside from Astro’s Playroom, Madden 21 undoubtedly does the best job with incorporating the DualSense’s haptic feedback into its gameplay. Every little movement you make has its own vibration or trigger effect – even when simply walking onto the field.

Where this feature shines most is in jukes and tackles. With each vibration, you’ll know the magnitude of each tackle impacting your ball handler. For jukes, the acceleration button, R2, will require a heavier press the faster your dodges are, ultimately equating to how difficult it is in real-life to do such a thing.

Instead of having to scroll through four or five different menus to find your favorite formation, this new playbook menu is a cleaner, colorful navigation system that lets players hunt down a particular play in just a few seconds. To ensure recommended plays match your play style, you can now “favorite” plays you desire to see more of.

This redone menu may be small potatoes, but it will make games five to 10 minutes shorter.

From celebrations to ball-carrying styles, EA has thrown in a bunch of new player animations – to the point where you may forget you’re playing the same game released in August. It may appear as a small touch up, but with these animations, some signature players break out of tackles previously thought to be impossible to avoid.

Also, quarterback animations and movements haven’t been touched up as hoped, but their audio is vastly improved. So, instead of hearing a muddled, bland order when changing plays before snaps, every QB’s dialogue now comes out immaculately clear and as detailed as a convoluted Peyton Manning audible.